An in-depth look at the leading beer stocks in the U.S stock market this year. 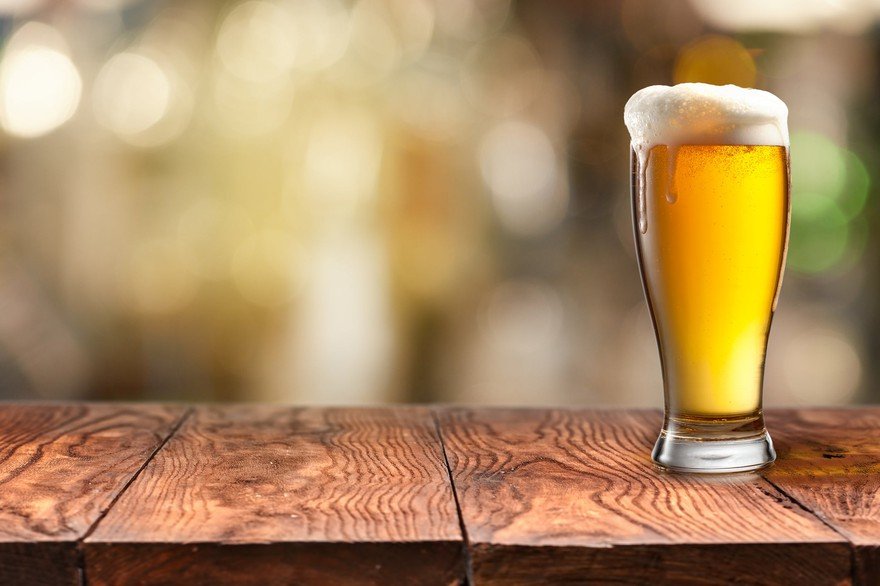 Beer, one of the original alcoholic beverages, was developed at the dawn of human civilization. A product thousands of years in the making, modern beer is now a basic staple of the global economy. Through good times and bad, the beer industry enjoys steady rates of consumer consumption and is one of the top beverages of choice around the world.

The beer industry is dominated by massive conglomerates such as Budweiser parent Anheuser-Busch InBev (NYSE:BUD) and Heineken (OTC:HEINY). This is an industry mostly devoid of small, fast-growing companies -- at least, publicly traded ones for the average investor. But for those looking for stable growth over time from this large component of the consumer staples sector of the stock market, some beer stocks are worth considering.

Investing in beer stocks in 2023

Beer is big business, but it's not a high-growth industry. Nevertheless, a few notable names stand out as worthy of investor attention.

AB InBev is by far the world's largest beer company. It controls hundreds of beer brands such as Budweiser, Stella Artois, Beck's, Leffe, and an assortment of acquired craft brewers in the U.S. The company is a product of the merger between U.S. brewer Anheuser-Busch and Belgian-Brazilian brewer InBev in 2008, as well as the acquisition of South African brewing giant SABMiller in 2016.

Things started out well for the mega-beer experiment, but rapid changes in consumer preferences and sluggish major beer label growth have hurt AB InBev shareholders in recent years. Since the creation of the new entity in 2008, shares are only up about 50%, compared to 380% for the S&P 500.

However, since the market hit the reset button on AB InBev (shares are down nearly 30% since the start of 2020), the company trades more like the value stock it is -- reflecting slow but steady sales, consistent profitability, and a small dividend for investors seeking income. However, with the mega-beer merger not going exactly as planned, there are better beer investments than AB InBev.

While Constellation Brands isn't exactly a household name, some of the beers it produces are quite well-known. Among them are Corona, Modelo, and Pacifico. It also has several wine and spirits brands and an almost 40% stake in marijuana business Canopy Growth (NASDAQ:CGC), making it one of the largest diversified beverage companies around.

Until recently, Constellation was able to sustain double-digit percentage sales growth from its beer brands for years, which make up almost three-quarters of total revenue and almost 80% of the company's profits. Growth is now expected to slow to a single-digit percentage pace. However, Constellation coaxes a more than 30% operating profit margin from its alcoholic beverage operation. Given its top free cash flow-generating ability, there's plenty to like about this diversified and highly profitable beer business.

Another potential value stock in the beer industry is Molson Coors. The parent holding company for Coors, Miller, Blue Moon, and dozens of other beer labels has struggled with stagnant sales for the past three years as North American consumers have increasingly favored craft beer and other alcoholic beverages.

Although it's the fifth-largest beer maker in the world, Molson Coors' stock has substantially declined for years. Shares have been rallying lately, but they remain 50% down from all-time highs last reached in 2016.

Attention has shifted to higher-end beers and trendy beverages such as sparkling hard seltzer (the premium side of the business) to better align the brand portfolio with current consumer tastes. Molson Coors also reinstated its dividend payment following a temporary pause at the start of the COVID-19 pandemic. The stock could be a great addition for investors seeking income from their portfolios.

Kirin is Japan's second-largest beer label, just behind Asahi Group Holdings (OTC:ASBRF), and it's one of the largest consumer staples companies in the country. Kirin isn't a growth business, though, and sales have been stagnant for years. So why invest in Kirin Holdings? Profitability (as measured by free cash flow) is making a comeback in the wake of the pandemic and helps to support this top dividend-paying beer investment.

Kirin also has a health science group, leveraging its expertise in beverage production to build a healthy food and drink business. With consumers around the world increasingly concerned with health and well-being and focused on a better diet, applied health science in food and drink could be a promising area for Kirin. This tiny segment won't rekindle growth overnight for Japan's No. 2 beer maker, but it gives Kirin a new area to plant seeds of future expansion. And, along the way, Kirin is embarking on digital updates to modernize its operation and increase efficiency, further bolstering the company's dividend-paying capability.

Boston Beer -- best known for its Samuel Adams craft beer label, Truly Hard Seltzer, Angry Orchard hard cider, and several other small regional brewers -- has long been a top advocate for the independent craft beer movement. Although it isn't the small business it once was, Boston Beer still represents a sliver of North American beer consumption.

The pandemic led to a sharp increase in at-home alcohol consumption. As a result, Boston Beer enjoyed an acceleration in its sales growth in 2020 and early 2021. However, constantly changing consumer trends have caused some headaches such as lower-than-anticipated demand for spiked seltzer products starting in summer 2021. But persistent double-digit percentage sales growth is fantastic in an industry largely dominated by slow and predictable consumption trends.

Boston Beer also has no debt, which is a rarity among the massive global beer conglomerates. Consequently, this is an uncommon growth stock in the alcohol investment world. Shares are down more than 70% from all-time highs due to the slowdown in sparkling seltzer sales expansion, but the Samuel Adams parent will be more than just fine over the long term.

Making the best of a slow-growth industry

The beer industry isn't the most exciting investment theme around. But there are some standouts in the space worth your attention, especially for investors seeking to generate some dividend income along the way.

Beer is a top beverage for consumers all over the world and generates ample profits for the major producers and their shareholders. If you decide to add some beer stocks to your portfolio, bear in mind some of these stocks can exhibit volatile price action. Remember to stay diversified and focus on the long-term potential for these alcoholic beverage makers.