Uses for Blockchain in the Financial Services Industry

Blockchain could be the technology that leads to more efficient and secure financial services.

On the back of substantial recent growth, the cryptocurrency market is now worth trillions of dollars. Much of that success comes from all the potential uses for its underlying blockchain technology. Because blockchains were first introduced with digital currencies, it makes sense that blockchain applications in finance are some of its most promising uses.

A simple explanation of blockchain is that it's a decentralized ledger that records transactions. For financial service companies, this technology could be a path to faster and cheaper transactions, automated contracts, and greater security. Although blockchain technology still has a long way to go for widespread adoption, it's already being used by quite a few financial institutions. 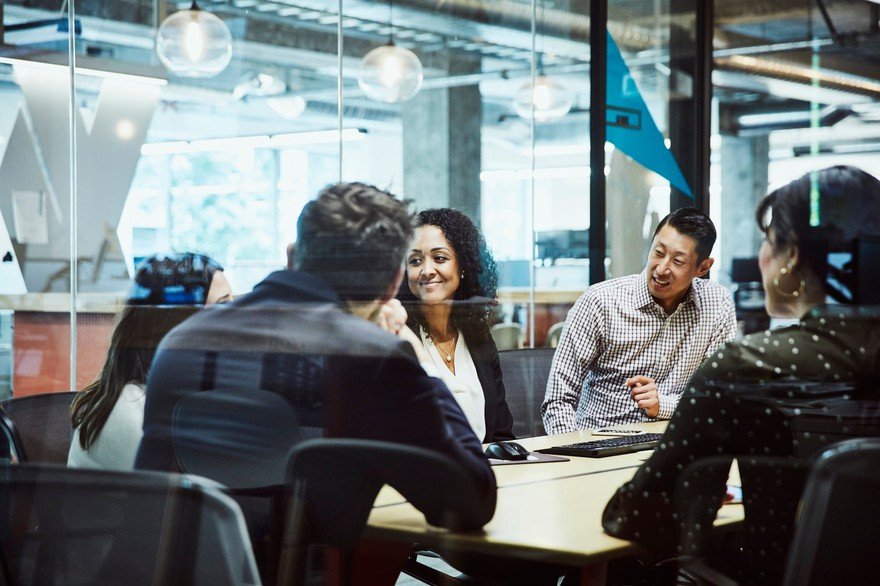 Uses for blockchain in the financial services industry

Here are a few of the many uses for blockchain in the finance industry:

Let's take a closer look at how financial companies could implement blockchains for the uses above -- and why they'd want to.

Money transfers: From the beginning with Bitcoin (CRYPTO:BTC), blockchain technology was designed to move funds from point A to point B without a central governing body. As blockchains have evolved, they've been able to achieve much faster and cheaper transactions.

One prominent example is Ripple, a company that uses blockchain technology for RippleNet, a global payments network. RippleNet transactions process within five seconds and cost just a fraction of a cent.

Financial institutions that use blockchain technology could offer more efficient money transfers. Those international money transfers that sometimes take hours or days could happen in a matter of seconds and without expensive fees.

Added transaction security: Financial companies are always targets for fraud. Digital payments, in particular, carry the risk of information being stolen during the transaction process when they pass through payment processors and banks.

Blockchains use cryptographic algorithms to process and record transaction blocks. This cryptography could be a way for financial companies to reduce the level of risk when processing transactions.

Automation through smart contracts: The launch of Ethereum (CRYPTO:ETH) in 2015 was a major step forward for blockchain technology. It was the first blockchain to have smart contracts, which are contracts that self-execute when the conditions are met.

Contracts are a huge part of the financial services industry, and companies spend considerable time on them. A self-executing contract could make this process much more efficient.

For example, an insurance company could use smart contracts to speed up the claims process. When a client files a claim, it would be reviewed automatically by the codes programmed into the blockchain. If it's valid, the smart contract would execute and pay the client.

Customer data storage: Most financial companies need to go through an identity verification process with their clients to prevent fraud and money laundering. This takes time and money, but it's the cost of doing business.

An alternative would be to store customer data on a blockchain that various financial companies can access. After a company has gone through the know-your-customer (KYC) process with a new client, it would add that client's data to the blockchain.

Other companies could then use that KYC data instead of going through the process on their own. This would also save time for the client, who wouldn't need to go through the KYC process for every new financial account.

Impact of blockchain on the financial services industry

With the advantages it offers, blockchain could have a massive impact on the financial services industry. Here are the main benefits of blockchain in finance:

Financial companies that promote the use of blockchain

Blockchain technology has been rapidly gaining acceptance in the finance industry. There are dozens of financial companies -- from smaller companies to the biggest names in the industry -- that invest in blockchain stocks and/or promote the use of blockchains.

Visa (NYSE:V) is one of the largest payment processors in the world, and it was also one of the first major financial companies to embrace blockchain technology. Here's how Visa has used and developed it:

Barclays PLC (NYSE:BCS) is a multinational bank that has done extensive research into blockchain technology in finance. It has tested the use of smart contracts to trade derivatives such as futures and options. If stock exchanges began using smart contracts for derivatives, it could cut down on the time it takes to set up these contracts. The bank also filed a patent application in 2018 to use blockchain in streamlining the KYC process.

Along with other big banks, Barclays is an investor in Fnality, a project to create digital currency versions of the U.S. dollar and several other major currencies. Its goal is to leverage blockchain technology for faster and cheaper transactions.

American Express (NYSE:AXP) is both a payment network and a financial institution offering credit and charge cards, banking, and loans. In recent years, it has worked on integrating blockchain into its popular Membership Rewards program.

Working with the company Hyperledger, American Express built its own in-house blockchain that it tested with Boxed, an online grocery delivery platform. This technology allowed the merchant to offer more points based on a variety of factors such as the product purchased or the time of day. When a customer made a purchase that fulfilled the conditions, American Express credited them with points and billed the merchant through a smart contract.

We've looked at the uses and advantages of blockchain in the finance industry, but there are also several challenges to implementing blockchain:

What is blockchain good for? Let us count the applications.

How to Invest in Blockchain Stocks

Here's an overview of blockchain stocks and how to invest in them.

The future of blockchain in finance

At this point, we're still in the early stages of both blockchain's development and its use in the financial services industry. Two of the biggest blockchain developments to look out for are improvements in transaction processing and interoperability, both of which should make it more useful for financial institutions.

More recent blockchains have prioritized scalability with faster transactions. The most notable cryptocurrency project in this regard is Solana (CRYPTO:SOL), which boasts peak transaction times of 65,000 per second.

Another change we're seeing is a shift toward interoperability. Most blockchains to this point have been self-contained projects. However, multiple projects have emerged with the goal of facilitating communication between those various blockchains.

Blockchains won't completely replace existing financial systems anytime soon. Instead, expect financial companies to use blockchain in test runs to see its capabilities and then gradually integrate it as a supplement to their existing systems.

Implementing blockchain technology comes with its difficulties. Despite the challenges, hundreds of financial companies have started using it, and blockchain stocks have become popular investment opportunities. It's clear that the industry understands the potential advantages and that blockchain will be a growing part of financial services going forward.

3 Warren Buffett Stocks That Could Make You Richer in 2023

Calculated by average return of all stock recommendations since inception of the Stock Advisor service in February of 2002. Returns as of 01/26/2023.