Sometimes the best time to invest in a relatively new market is after the initial euphoria evaporates. That could very well be the case with investing in CBD stocks. 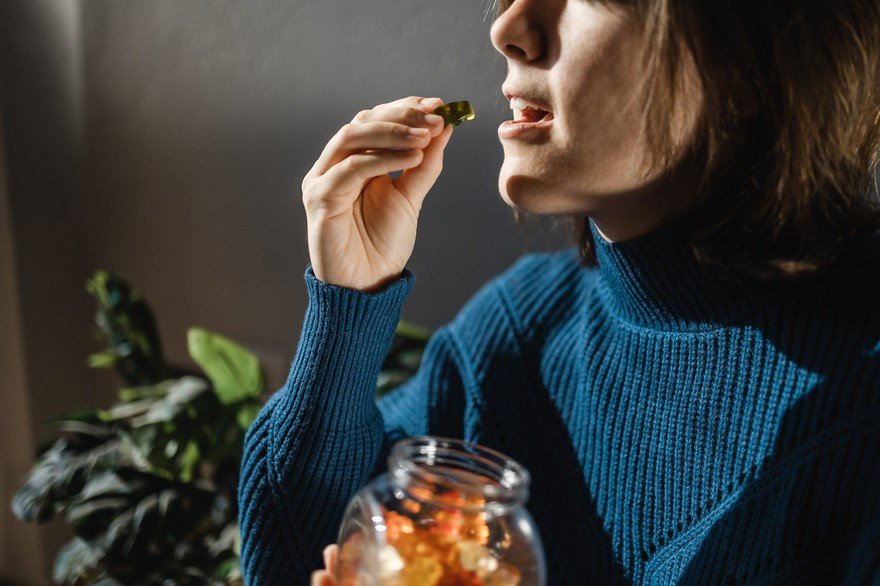 CBD is short for cannabidiol, which is a chemical found in the cannabis plant. CBD doesn't produce a high but has been found to have therapeutic benefits.

The U.S. legalized hemp-derived CBD at the federal level with the 2018 Farm Bill. The mere anticipation of the passage of this legislation stoked investors' interest in the stocks of companies involved in the CBD industry.

Although federal legalization served as a key milestone, the U.S. Food and Drug Administration (FDA) still hasn't finalized regulations for CBD food supplements. As a result, the CBD opportunity in the U.S. hasn't delivered on investors' lofty ambitions -- at least not yet. However, the pressure is mounting for CBD regulations to be eased. Even the U.S. Congress has gotten involved with bill proposals to change the federal regulation of CBD products.

The CBD market could expand in the not-too-distant future with the finalization of regulations. Now could be a great time for investors to check out CBD stocks. Here are five CBD stocks to consider in 2022.

For a while, Canopy Growth ranked as the biggest marijuana stock in the world based on market cap. It remains one of the largest companies in the cannabis industry with top-tier positions in the Canadian medical and recreational marijuana markets and the German medical cannabis market.

Canopy Growth can't enter the U.S. cannabis market and maintain its listing on a major U.S. stock exchange as long as marijuana is illegal at the federal level. However, the company is already a player in the U.S. hemp-derived CBD market.

In 2019, Canopy Growth teamed up with businesswoman and TV celebrity Martha Stewart to develop CBD products for the U.S. market. The company now has a line of CBD brands with Stewart. It also has other CBD products that include Whisl, the No. 1 CBD-only vape in the U.S. market.

Canopy Growth isn't profitable yet. However, it does have a large cash stockpile, thanks in large part to investments by beverage giant Constellation Brands (NYSE:STZ), the company's biggest shareholder.

The CBD opportunity is only a secondary reason to consider this stock. The primary potential catalyst for Canopy Growth is the prospect that U.S. federal cannabis laws will be changed and allow the company to enter the lucrative U.S. cannabis market.

If you're looking for a pure-play CBD stock, Charlotte's Web could be right up your alley. The company pioneered the hemp CBD industry in 2011, and it still ranks No. 1 based on market share.

Charlotte's Web markets a wide range of CBD products. From bath and beauty to ingestibles and topicals, the company covers all the bases when it comes to CBD. It even sells CBD products for pets.

The company's CBD products are available at more than 14,000 retail outlets. About 8,000 healthcare practitioners also distribute Charlotte's Web's products, and the company has a strong online presence. More than half of its total revenue stems from direct-to-consumer e-commerce sales.

Charlotte's Web isn't resting on its laurels. It plans to launch CBD beverages in the second half of 2022. Market researcher Brightfield Group projects that the CBD beverage market will reach $1.3 billion in 2026, up from $245 million in 2021.

However, Charlotte's Web's stock performance over the past couple of years has been disappointing. But the company now has a new CEO with former Bacardi executive Jacques Tortoroli taking the helm in December 2021. The potential for the finalization of regulations regarding CBD dietary supplements could be just what the stock needs to mount a major comeback.

Cresco Labs is a U.S.-based cannabis operator that markets recreational and medical cannabis products in 10 states, all of which rank among the 20 most-populated in the U.S. (and with seven in the top 10).

The company isn't just a cannabis producer and retailer. Cresco also is the No. 1 U.S. wholesaler of branded cannabis products containing CBD, including its Wonder gummies.

Cresco has achieved tremendous success in recent years. The company's revenue has grown significantly, both organically and through acquisitions. It's consistently profitable. Cresco's solid balance sheet should also enable it to continue expanding into new markets.

Probably the biggest knock against Cresco is that the company can't list its shares on a major U.S. stock exchange as long as marijuana remains illegal at the federal level. However, this limitation also is a key factor behind the stock's attractive valuation compared to Canadian pot stocks.

You might be surprised to find a pharmaceutical stock listed among the top CBD stocks to consider. But Jazz Pharmaceuticals has a direct and important connection with CBD. In 2018, the company's Epidiolex became the first CBD product made from the cannabis plant to win FDA approval.

Jazz actually didn't own Epidiolex at that time. It acquired GW Pharmaceuticals, which developed the CBD drug to treat epileptic seizures, for $6.7 billion in 2021 .

Epidiolex is still a long way from generating annual sales of $1 billion or more, as some analysts projected after it was first approved in the U.S. However, sales continue to pick up as the drug launches in additional European countries.

It turns out that "magic mushrooms" may have medical applications.

Investing in Biotech Stocks in 2022

One of the important steps in investing in marijuana stocks is to understand the different types of companies. Ancillary businesses that support the industry can sometimes have even more attractive prospects than pure plays. The Valens Company is a good example.

Valens is the largest third-party extraction company serving the Canadian cannabis industry. It uses different methods to extract cannabinoids (including CBD) from cannabis. Valens also markets its own cannabis products, which is part of its strategy to transition into a leading cannabis consumer packaged goods company.

The company's Green Roads already ranks among the top 10 CBD brands in the U.S. Green Roads products are available in about 7,000 retail locations. Valens hopes to also achieve success in Canada if over-the-counter CBD sales are permitted in the country.

Like most Canadian cannabis-related stocks, Valens hasn't made investors happy over the past year. However, its shares trade at a more attractive valuation than most U.S. and Canadian cannabis stocks.

The Best CRISPR Companies to Invest In

A Guide to Marijuana Legalization in the United States