Bad News: There Almost Definitely Won't Be a Stimulus Deal Before the Election 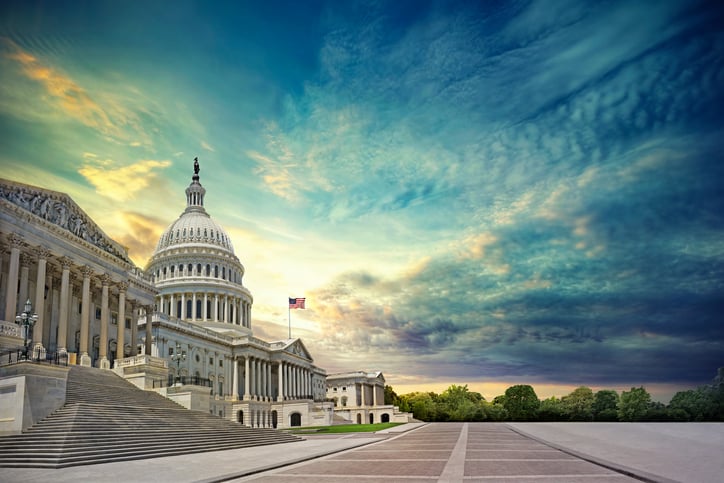 It will be a long time until Americans get more coronavirus stimulus money, if ever.

When President Donald Trump tweeted in early October that he was canceling negotiations on coronavirus stimulus until after the election, the stock market plummeted. The president quickly reversed course and restarted negotiations again.

Now, however, it seems that leaders in D.C. have come to terms with the sad reality that they will be unable to reach a compromise and pass more coronavirus aid prior to the election. This leaves unemployed workers in the lurch, and also means that Americans will not be getting another stimulus check -- despite bipartisan support for one.

It's at odds with what economists say the country needs, what the American public wants, and the demands of centrist lawmakers. But key administration officials have just acknowledged this outcome is now all but certain.

The bad news about the possibility of another stimulus bill came yesterday, when Treasury Secretary Steve Mnuchin spoke at a conference held by the Milken Institute. "At this point, getting something done before the election and executing on that will be difficult," he admitted.

While Mnuchin tempered his remarks by saying the administration will continue its talks with Democrats, his words reflect a sharp shift in tone. In fact, the president has repeatedly called for a large-scale stimulus bill to be passed ASAP. And Larry Kudlow, a key presidential advisor, commented as early as last week that those on the right were likely to unite around a deal if consensus could be found with the Democrats.

Mnuchin has been one of the leading negotiators on behalf of the White House, and he reportedly spoke for an hour on Wednesday morning with House Speaker Nancy Pelosi. At that point, he said they'd made progress on some issues, but "continue to be far apart," on others.

There are two likely reasons for his pessimism. First, the short timeline. Second, his insider knowledge of the large gulf between what Democrats and Republicans see as essential in the stimulus package. In fact, Mnuchin indicated after his call with Pelosi that the two sides are still in conflict over both the total cost of the next stimulus bill as well as the amount of aid to provide to state and local governments.

These have been major sticking points for months. And even as the Trump administration raised its offer from $1.5 trillion to $1.8 trillion, those on the left have held firm that they will not accept a bill that costs less than $2.2 trillion, nor will they accept piecemeal bills that don't provide broad relief.

Republicans, on the other hand, may not be on board even with the $1.8 trillion proposal. In fact, Republican Senate Majority Leader Mitch McConnell announced recently that the GOP will put a scaled-down stimulus bill up for a vote on Oct. 19. This bill likely won't garner much, if any, Democratic support and may not even secure enough votes on the right to pass.

Neither sides are budging on their demands. This alone gives Mnuchin ample justification for joining the growing number of key figures -- including Senator McConnell -- who believe time has run out. It's extremely unlikely a coronavirus relief bill will pass to provide aid to Americans before the election.

Nov. 3 is still weeks away, and there's no guarantee that progress will be made even after the country votes on who should lead the country. Americans hoping for more relief will need to explore other options.

There are state and federal programs out there, including SNAP benefits, to help those who are struggling. Homeowners may also have other ways to lower their bills, such as securing a mortgage refinance loan at today's low rates. If your income has taken a hit during the pandemic, make sure you explore all these possibilities. There's virtually zero chance a second stimulus payment will hit your bank account any time soon.