Please ensure Javascript is enabled for purposes of website accessibility
Log In Help Join The Motley Fool
Free Article Join Over 1 Million Premium Members And Get More In-Depth Stock Guidance and Research
By Will Ebiefung – Sep 22, 2020 at 11:31AM

Kodak stock is soaring again after a company probe cleared management of wrongdoing. But the risk of failure remains high.

Shares in Eastman Kodak (KODK -0.69%) have been resuscitated after an internal probe found no evidence of insider trading before the announcement of a $765 million defense production loan to help the company manufacture key pharmaceutical starting ingredients. But while Kodak looks red hot, investors should think twice about hopping on board. The company still faces an ongoing SEC probe into potential wrongdoing, and its poor operating results leave little to fall back on if the deal falls through. 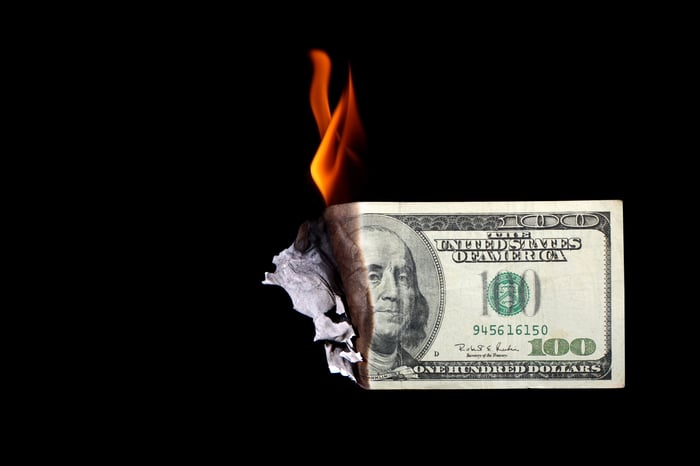 1. The SEC probe is still ongoing

On Sept. 15, law firm Akin Gump announced the findings of its review into the actions of Kodak and its directors and executives in the lead-up to the company's defense production loan announcement on July 28. Among other issues, the probe focused on whether CEO Jim Contineza engaged in insider trading by purchasing Kodak shares in June, as well as the legality of Kodak's decision to award stock options to Contineza and other executives on July 27.

Akin Gump concluded that Kodak's management and directors did not violate securities regulations or company policy on a variety of issues, including the June purchases by Contineza. But there could be a conflict of interest here, because the law firm itself was hired by Kodak's board to conduct the probe.

The ongoing SEC investigation will offer a more conclusive picture of whether Kodak broke the law in its handling of the loan announcement, which means the deal could still fall through. The $765 million loan remains on hold; its originator, the U.S. International Development Finance Corporation, stated in August: "Recent allegations of wrongdoing raise serious concerns. We will not proceed any further unless these allegations are cleared."

2. Core operations are in bad shape

The future of Kodak's pharmaceutical expansion is uncertain, so investors should take a close look at its core operations (which include digital and traditional printing), because only they will remain if the company's pivot to drugmaking fails. In its 2019 annual report, Kodak revealed substantial doubt about its ability to continue as a going concern because of cash flow challenges and declining sales in its printing segment. Printing represents around 80% of second-quarter revenue, and the report notes that the negative trend is expected to continue.

Kodak's revenue plummeted more than 30% to $213 million in the second quarter. And while management is blaming some of this decline on the coronavirus recession, it is part of a longer-term trend that has seen Kodak's revenue fall by an average of 9.5% over the last five fiscal years. The company generated a GAAP net loss of $5 million in the second quarter, compared to net income of $201 million in the prior-year period, and losses may accelerate if revenue continues to decline.

Kodak reports $113 million in long-term debt compared to $180 million in cash on its balance sheet. While that is a solid amount of liquidity, the company faces an $80 million credit maturity in May 2021, which could put some strain on its books in the near term.

Kodak is a risky bet

Despite the market's revived optimism about Kodak's big deal to shift toward pharmaceutical manufacturing, investors should remain skeptical. The SEC investigation into Kodak and its management is still ongoing, and the company's printing business is in rough shape amid persistent revenue declines. Kodak could easily return to penny stock status because of these challenges.