Says it was the result of an overworked staff, not improper insider trading.

The law firm hired by Eastman Kodak (KODK 4.99%) to independently investigate the propriety of awarding its top executives stock options just prior to announcing receipt of a major government loan (to transition to making personal protective equipment) has largely absolved the former camera and film company of any wrongdoing.

The investigation concluded that while internal procedures should be updated, there was nothing wrong with Kodak issuing its CEO and others options for millions of shares the day before it announced the loan. The company had known for about for a week that it would be receiving the loan.

Kodak's stock price surged 1,000% on the loan agreement, generating a potential massive windfall for the executives, but the share price subsequently cratered after the option grants were revealed, and the government put the loan on hold until a proper investigation could be completed. The Securities and Exchange Commission has launched a probe into the awards. 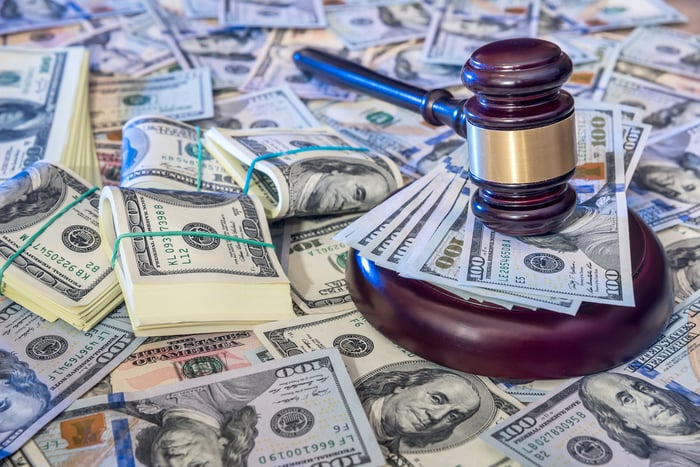 Move along, nothing to see here

Kodak's internal investigation found that rather than doing anything untoward in giving CEO Jim Continenza options for 1.75 million shares of stock the day before announcing the $765 million government loan, it was largely the result of an "overwhelmed" general counsel relying upon outdated policies.

Even so, the report further said the transactions did not violate internal insider trading rules, though there were "gaps" in policies that kept certain executives off a list of insiders. It recommended plugging the holes to prevent a recurrence.

Continenza thanked the law firm Akin Gump Strauss Hauer & Feld for its "thorough independent review" and said, "It is clear from the review's findings that we need to take action to strengthen our practices, policies, and procedures."

Kodak's stock is soaring 63% on the news the chemical company's investigation cleared itself of wrongdoing.

Why Is Everyone Talking About Eastman Kodak Stock?
410%