From $4 to barely $1.50 in just one year, it's been a swift fall for shares of Hecla Mining (NYSE:HL). To be fair, every publicly listed silver stock has lost money during the period, but stocks like Wheaton Precious Metals (NYSE:WPM) are only barely in the red. Wheaton, though, is a silver and gold streaming company and not a miner. The difference in the business models of mining and streaming can make a huge difference in shareholder returns.

Hecla has still hugely lagged peers Pan American Silver and First Majestic Silver. It even tumbled double digits to 52-week lows after its first-quarter report in early May -- despite reporting a 74% jump in silver production from a mine that's barely operated for more than two years now.

This comes close on the heels of the miner ending fiscal 2018 with record gold and silver reserves. That raises a pertinent question: Has the market overreacted, making Hecla a dirt-cheap value now? The answer lies hidden in some of the things Hecla's management recently said.

Lucky Friday: What's in a name?

Hecla's Lucky Friday mine in Idaho -- one of the only three silver mines it operates -- hasn't brought the company much luck, having barely produced anything since union workers went on a strike in March 2017. Its output dropped 80% between 2016 and 2018 and contributed only 2% to the company's total revenue last year. 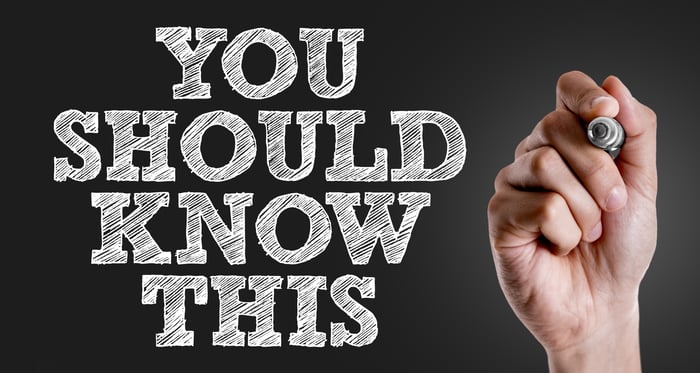 In the first quarter, though, production from Lucky Friday jumped 74% to 173,627 silver ounces. That might still be a fraction of the 3.6 million ounces the mine produced in 2016, but its Q1 output was notably larger than its total output for 2018.

The good news, unfortunately, seems to end there as Hecla left its 2019 production outlook for Lucky Friday unchanged at 200,000 ounces. More importantly, management called the ongoing issue "a difficult one to come to a compromise" during Hecla's first-quarter earnings call. CEO Phillips S. Baker further emphasized that Greens Creek in Alaska and Casa Berardi in Quebec are the only two "core" assets Hecla is focused on.

Simply put, management seems to be in no hurry to end the unrest at Lucky Friday, and I wouldn't be surprised if Hecla books impairment charges on the mine in coming quarters were the strike to continue.

For that matter, Lucky Friday may not be the only asset to be impaired.

A major reason why Hecla shares tumbled after recent earnings releases was a large quarterly net loss of $25.5 million versus a profit of $8.2 million in the year-ago period, despite 9% growth in sales. Hecla's Nevada operations are to blame, and it's a serious concern, as a deeper dive into the company's financials reveals.

Hecla bought Klondex Mines in July 2018 for $413.9 million, gaining ownership of three high-grade gold mines in Nevada: Fire Creek, Midas, and Hollister. The idea was to diversify into gold, similar to recent attempts made by other silver companies, a prime example being Wheaton Precious Metals. Wheaton's increased focus on gold is unmistakable -- the company dropped "silver" from its name in 2017 and recent deals means gold could make up nearly half of Wheaton's production by 2022.

Acquiring Klondex, therefore, was supposed to be a game-changer for Hecla, except that it's already failing to be that. 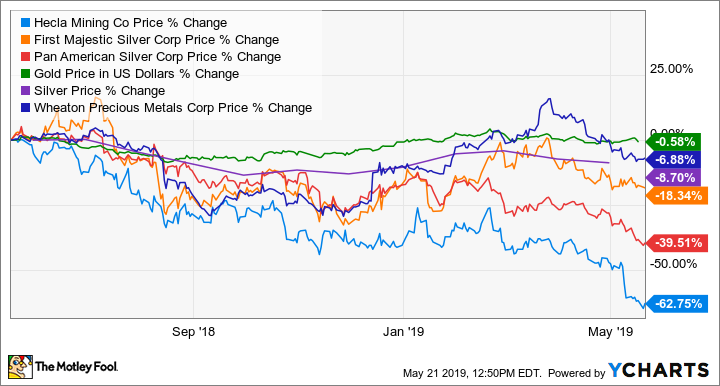 At the time of acquisition, Baker claimed the assets "will immediately add production and cash flow" and that "there is significant opportunity for improvement in the mines' productivity and consistency." Here's where things stand now: Hecla incurred an operating loss of $13.8 million in Nevada after operational problems at Fire Creek sent costs spiraling, forcing management to suspend operations.

The question investors need to ask Hecla's management is why it didn't deem it necessary to warn of all this despite spotting problems at Fire Creek "a year ago," as management revealed during the earnings call. Hecla's 2018 annual report released in February mentioned only a standard risk factor that the company may not be able realize all anticipated benefits from acquisitions, including Klondex.

That assessment has undergone a sea change in Hecla's latest quarterly filing. Management says it has put its Nevada operations under review, which may even lead to "temporary cessation" of all operations at Fire Creek. Here's an excerpt from Hecla's quarterly filing:

The outcome of the review may constitute a triggering event requiring assessment of the carrying value of our long-lived assets at Fire Creek with the potential to impact near-term estimated cash flows. The mineral interests at Fire Creek have a preliminary carrying value of approximately $220 million, of which approximately $46 million is depletable. We may recognize an impairment, which could be material, if the carrying value of the assets exceeds the estimated future undiscounted cash flows expected to result from their use and eventual disposition.

Investors might as well expect another shocker (read: a big one-time impairment charge) from Hecla in the second quarter when it allocates its purchase price of Klondex in its accounting. This comes at a time when the company is already burning cash and its key development projects may have also run into hurdles. 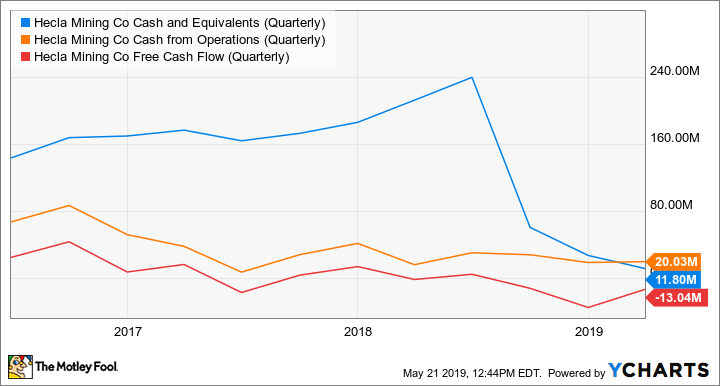 Management has a lot to answer for

My back-of-the envelope calculation shows that Hecla Mining's interest coverage ratio, or the number of times its EBITDA covers its interest expenses (as defined by its debt covenants), dropped to only around 2.7 times in the trailing 12 months from a more comfortable 4 times in the comparable period last year. That could threaten the company's ability to draw on its revolving credit in the near future.

Oh, and did I mention that production at Hecla's Casa Berardi mine also took a hit in Q1 because of "temporary issues"? To its credit, Hecla still expects to hit its full-year production and cost goals at Casa Berardi, but the company has given investors enough reasons to remain skeptical and look for better precious metals stocks to invest in.