The automotive industry is going electric. Every major automaker is actively developing or already selling electric vehicles (EVs). Tesla (NASDAQ:TSLA) is the industry pioneer. Now, Ford (NYSE:F), General Motors (NYSE:GM), Volkswagen (OTC:VWAGY), Daimler (ETR:DAI), and other carmakers are pushing ahead with plans to capitalize on the growing consumer preference for electric cars. 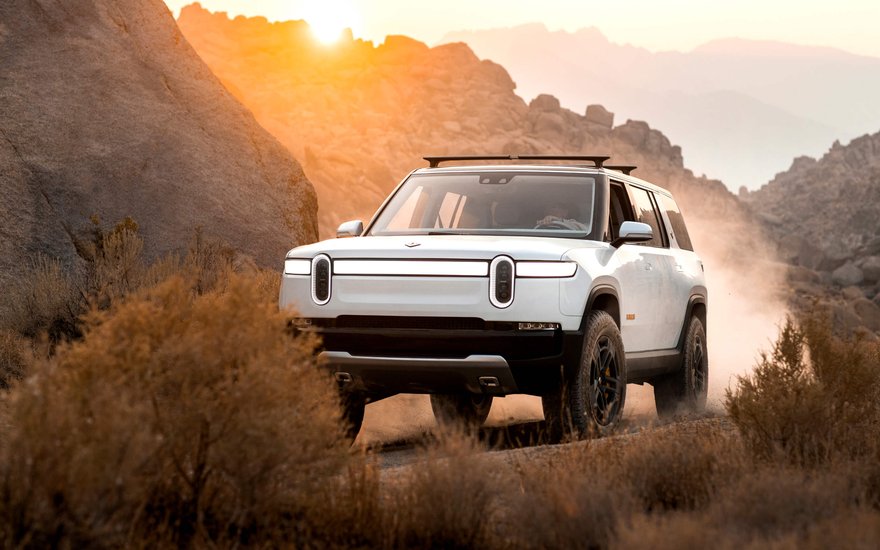 GM plans to sell 400,000 EVs by 2023, while Ford expects 50% of its sales to be EVs by the end of the decade. Volkswagen's plan is even more ambitious. It is targeting 70% of EV sales in Europe and 55% of sales in the U.S. by 2030. And, despite disruption from Russia's war in Ukraine, Mercedes-Benz maker Daimler will continue its €40 billion investment in electric vehicles over the next decade. The company plans for all of its new vehicle platforms to be purely electric by 2025.

Investing directly in electric vehicle stocks is one way to profit from this mass transition. Another is investing in the companies that supply the batteries, which are the most important and costly components of electric vehicles. If electric vehicle production significantly increases over the next decade, the demand for EV batteries will similarly skyrocket.

Major battery producers are heavily investing to meet rising EV battery demand. Meanwhile, battery technology start-ups (some of which are going public via SPAC mergers) are developing new types of energy storage systems that could revolutionize the industry. It's an exciting time to consider investing in EV battery stocks.

These are the top EV battery stocks for investors to consider:

BYD is an integrated EV company based in China and one of the world's most valuable automakers. It manufactures and sells hybrid and battery-powered cars, buses, trucks, and monorails. In addition, it builds the batteries, semiconductors, and other components used in its EVs.

One factor that makes BYD stand out in the EV industry is that Warren Buffett is a major shareholder. His Berkshire Hathaway (NYSE:BRK.A)(NYSE:BRK.B) first bought shares of the battery and EV company in 2008. Buffett trimmed Berkshire’s stake in BYD at the start of September 2022 but still held 18.9% of shares outstanding, worth more than $5.3 billion at the time.

BYD's EVs are top sellers in China. The company sells five of the top 15 new energy vehicles in the country, where it ranks as the leading overall brand. Through the first nine months of 2022, the automaker sold 1.2 million EVs and hybrid vehicles, up 250% year over year, growing more than twice as fast as the overall EV market in China. As a fully integrated EV company, its battery business is benefiting from the brisk sales pace.

Albemarle is one of the world's top producers of lithium -- a key ingredient in most EV batteries. The mining and base materials company has narrowed its focus on lithium in recent years.

To meet surging demand for battery-grade lithium, Albemarle is busy developing several projects in Chile, Australia, and China. Paired with rising prices for lithium itself, increased production capacity has led Albemarle to raise its financial guidance multiple times in the past year. It’s projecting revenue growth of 115% to 125% and EBITDA growth of 270% to 300% for fiscal 2022.

As is often the case with producers of commodities, Albemarle will be a cyclical business. Its revenue and profits will ebb and flow along with supply and demand for lithium and the other base materials it extracts from its mining operations. However, given the expected boom in EV sales this decade, Albemarle could have plenty of tailwinds to keep its overall trajectory headed higher for years to come.

Japanese conglomerate Panasonic is a large producer of EV batteries and has been a partner and supplier of Tesla for many years. The two companies first entered into a supply agreement in 2009. Despite Panasonic no longer being Tesla's exclusive battery supplier, the company continues to produce a high volume of batteries for the EV carmaker via their "gigafactory" joint venture.

Panasonic co-located its North American battery production facility in Nevada with Tesla's massive Gigafactory 1 and expanded there in 2021 by installing a new production line. In 2022, it made plans to add another factory in Kansas, and it’s exploring the possibility of yet another factory in the U.S. It's also adding production capacity at its Japanese EV battery factory. The company makes multiple types of EV batteries and is installing new production equipment to satisfy the demand from Tesla for larger batteries.

Panasonic's supplier relationship with Tesla may not last forever. However, the battery maker remains well-positioned to supply EV batteries to all the major automakers that have unveiled grand plans to produce electric vehicles. While Panasonic isn't a pure-play EV battery company, it's likely to remain a leader in the sector.

QuantumScape is developing solid-state battery technology to increase the range of electric vehicles and enable them to recharge more quickly. The U.S. company is just beginning to test its battery technology at scale. It plans to start producing more than 200,000 batteries annually, although it currently doesn't generate any revenue.

QuantumScape is spending heavily to bring its technology to market. It anticipates 2022 capital expenses to be between $175 million and $225 million. That would still leave it with more than $950 million of liquidity to continue investing in its commercial goals. The company expects to deliver prototype battery samples to EV automakers this year, provide batteries for test cars in 2023, and begin commercial battery production in 2024 or 2025.

Although QuantumScape believes it has a strong enough balance sheet to cover several more years of development and testing, investing in the company is risky. Companies that don't turn a profit were highly out of favor the first half of 2022, and QuantumScape has lost more than half of its value in the past year. If its technology ultimately fails or is a commercial flop, then QuantumScape's stock could become worthless. Nonetheless, this is a promising EV battery company with immense growth potential if its research and development eventually comes to fruition.

Microvast designs, develops, and manufactures lithium-ion battery solutions. Founded in 2006, the company went public in July 2021 through a merger with Tuscan Holdings, a special purpose acquisition company (SPAC). The deal gave Microvast more than $700 million in cash to help fund its future growth.

The company is spending heavily to grow. Microvast noted it expects to incur $180 million to $220 million in capital expenses in 2022. That's a significant amount for a company on track to generate between $205 million and $220 million in revenue for the year. The investments will enhance its battery production capacity and expand its range of battery solutions so it can tap into a large and growing market.

Besides the risk of developing its battery technology, there's an additional risk with Microvast. Since it's majority owned by shareholders in China, the company was notified by the U.S. Securities and Exchange Commission (SEC) that it has until 2024 to comply with the Holding Foreign Companies Accountable Act (HFCAA). If it fails to meet the qualifications, Microvast's stock would be delisted from U.S. stock exchanges.

FREYR is another early-stage development company working on battery technology and manufacturing processes. It also went public via a SPAC merger over the summer of 2021. It's trying to secure battery production capacity with the goal of becoming one of Europe's top battery companies for EVs and electric grid storage systems.

Like the other start-ups on this list, though, FREYR's future viability is far from assured. It doesn't generate any revenue yet and is incurring operating losses via its research and securing of battery manufacturing agreements. However, FREYR expects production will begin by 2023 on its first battery agreements, including with top industrial conglomerate Honeywell (NASDAQ:HON).

FREYR had $488 million in cash and equivalents as of June 2022, giving it at least a couple years of breathing room as it races toward initial sales.

Unlike other solid-state battery competitors such as QuantumScape, Solid Power intends to license its designs or sell its solid electrolyte for use in production at other battery manufacturers. What’s more, its technology is compatible with existing technologies, which means its designs can get to market faster. Solid Power is already generating a small amount of revenue and expects to exceed its 2022 revenue guidance of $3 million to $5 million.

The company plans to start producing its electrolyte at scale in 2024, quickly ramping up to 40,000 metric tons by 2028. That’s enough to support production of about 800,000 EVs annually. Since it’s backed by Ford and BMW, it should have customers lined up for its batteries if it can execute on its timeline. Still, there's a risk that its technology doesn’t work as well as expected or competitors come out with a better product in that time.

Batteries are essential for the energy transition. Quantum glass battery companies may make a rocky road much easier.

Lithium is used in batteries, among other applications. Get in on the industry with these companies.

Batteries are a crucial component of EVs. As sales accelerate, they will drive higher battery sales, benefiting the companies focused on making them. Forward-thinking investors might want to consider adding battery makers to their portfolio to potentially profit from this megatrend. Bear in mind, though, these investments in an emerging technology will likely exhibit above-average volatility.