Genomics is the study of genes and their functions. With technology advancements dramatically improving the cost, accuracy, and time to map a person’s entire genome, many rapidly growing companies are emerging in the genomics sector.

Innovation investors, such as Cathie Wood of ARK Investment Management, believe these advances are creating a "Genomic Revolution." Although there have been positive developments from many genomic companies in 2022, the financial rewards for investors were deferred as the S&P Biotechnology Select Industry Index fell as much as 44% before rebounding somewhat. 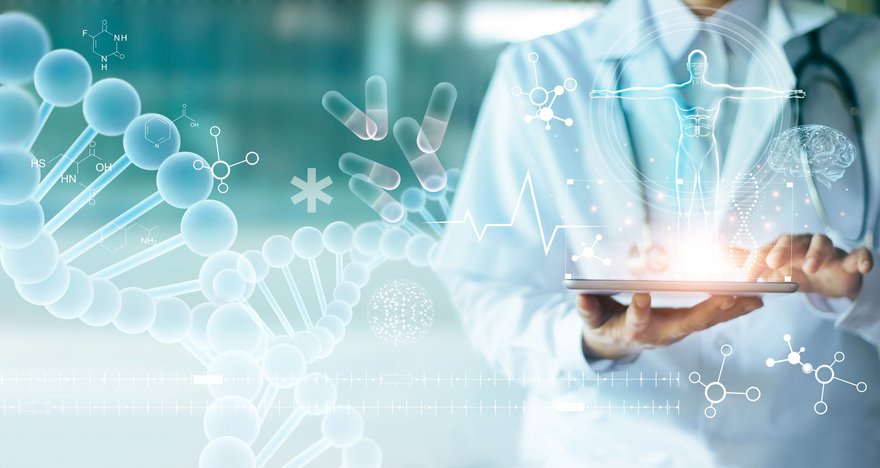 Illumina is the industry leader in using short-read sequencing technology, which breaks DNA into short segments to aid in analysis for genetic research, testing, and medical treatment. With an installed base of more than 20,000 sequencing systems, Illumina holds around 80% of the global market.

Sequencing volumes continue to grow in research and are growing rapidly in clinical applications, with the key drivers including whole-genome sequencing, cancer testing, and recurrence monitoring. Despite an active review by regulators, Illumina surprised the industry by completing the acquisition of blood testing company Grail. However, CEO Francis deSouza acknowledged in Illumina’s second-quarter conference call that the company has considered its options for spinning off Grail if it’s forced to do so by regulators.

The company known as PacBio is pioneering long-read sequencing technology, which uses longer DNA segments to map the whole genome. Although the Human Genome project was declared complete in 2003, PacBio highlighted the benefits of its HiFi whole-genome sequencing technology by helping scientists fill in the remaining 8% of the genome missed in the earlier effort.

In 2021, PacBio agreed to acquire Omniome, Inc., for its Sequencing by Binding (SBB) chemistry. SBB is an alternative approach to short-read sequencing and is designed to read repetitive, hard-to-read stretches of the genome. When successfully integrated, PacBio’s HiFi sequencing, combined with SBB chemistry, could make it an alternative for scientists who want the benefits of both short- and long-read sequencing.

In the first half of 2022, PacBio reported revenue of $68.6 million, up 15% from the previous half-year. However, the company expects slower growth in the second half of the year due to macroeconomic headwinds.

Exact Sciences developed the Cologuard home test for colon cancer as an alternative to colonoscopies. The company also acquired Genomic Health in 2019, bringing the Oncotype DX cancer diagnostics platform into its product lineup.

Cologuard represents an $18 billion market opportunity and generated more than $1 billion in revenue in 2021. Exact Sciences is also developing products for the $25 billion multi-cancer screening market and the $15 billion recurrence monitoring market.

In the first half of 2022, Exact Sciences reported revenue of a little over $1 billion, a 20% increase compared to the same period in 2021. Cologuard is expected to remain the company’s biggest growth driver over the near term.

Unlike many companies developing high-cost tests for a single genetic variant, Invitae is building a platform to test for several thousand genetic variants, with tests costing less than $250.

Invitae announced in July 2022 that it was dropping some non-core businesses and some international markets. The moves were made to prioritize higher-margin opportunities and accelerate the path to generating positive cash flow.

In the first half of 2022, Invitae reported revenue of $260.3 million, a year-over-year increase of 18%. The company projects low-double-digit revenue growth for full-year 2022. Beyond 2023, Invitae expects to generate revenue growth between 15% and 25%.

In 2020, Fulgent Genetics’ revenue exploded from COVID-19 testing, which continued at a reduced rate in 2021 as the company supported return testing for schools and government. However, its COVID-19 testing revenue has recently declined significantly.

In the first half of 2022, Fulgent reported revenue of $445.6 million, a year-over-year decrease of 13%. However, the company expects that its core revenue will continue to enjoy robust growth.

Intellia and its partner, Regeneron Pharmaceuticals (NASDAQ:REGN), made headlines in 2021 with clinical data showing NTLA-2001 in vivo (in the body) CRISPR-Cas9 gene editing was safe and effective in treating protein disorders.

The company announced in August 2022 that it’s discontinuing one of its clinical programs, experimental cell therapy NTLA-5001. The move wasn’t made due to safety or efficacy issues. Instead, Intellia is now focusing its ex vivo (outside the body) development efforts on allogeneic cell therapies (often referred to as “off-the-shelf” therapies) that are made from healthy donors.

Intellia reported revenue of $25.3 million in the first half of 2022, all of which came from collaborations. The result reflected a 95% year-over-year increase.

The partners expect to file for regulatory approvals in Europe for exa-cel by the end of 2022. They’re also in discussions with the U.S. Food and Drug Administration about regulatory submissions for the experimental gene-editing therapy.

CRISPR Therapeutics reported revenue in the first half of 2022 of almost $1.1 million, down significantly from $901.2 million recorded for the same period in 2021. This decline was primarily the result of a drop in collaboration revenue after the company received a $900 million up-front payment from Vertex in the prior-year period.

Explore the testing arm of genomics and learn about the most promising companies in this more niche field.

Consider the implications of genomics on the health insurance system.

Many investors find genomics companies complicated. That’s understandable when many are founded by serious researchers and even Nobel Prize winners. Other investors find them too volatile, particularly gene-editing stocks with prices often in a lull for long periods then moving strongly up or down in a single day, depending on the outcome of clinical trials.

The rapid growth expected in the genomic segments means there will be many winners. Investors can start by picking a company from the segment they find most attractive. Alternatively, investors can consider a basket strategy of putting money into several companies and watching them closely over several years.

For patient buy-and-hold investors, genomics could be good therapy for your portfolio.