6 Red Flags That You're About to Rent the Wrong Apartment

Finding the right apartment to rent can be a time-consuming, stressful process. This especially holds true when you're on a budget or looking to rent in an area with limited inventory. But before you lock yourself into a lease you can't get out of, it's important to recognize the signs of a bad deal in the making. Here are a few red flags that should convince you not to sign an apartment lease.

1. The rent seems too good to be true

In any given housing market, there's a good deal to be found. But if you're looking at an apartment listed at well below the average rent for that amount of space, then chances are, something's up. It could be that the apartment in question is adjacent to or above a noisy bar or restaurant, that it's in bad condition, or that it has a specific problem, like mold. Vet that apartment carefully before agreeing to live in it. Otherwise, you may wind up with a very bad deal after all's said and done.

There's a reason landlords generally do a thorough job of vetting their tenants -- they want to make sure they're renting to someone who will pay on time and treat the space in question with respect. If your landlord doesn't do a credit check or ask you for references, it could mean that he or she just doesn't care about who's signing a lease -- which implies that the apartment in question isn't a quality one to rent and/or that the landlord may not perform their other responsibilities up to par either.

Another thing: If your landlord isn’t screening you, it means he or she isn’t screening other tenants who may be sharing a building with you. That could make for some very noisy, inconsiderate neighbors. And, a lax attitude on your landlord’s part could come from a lack of experience. On one hand, that could translate to lower rent. On the other hand, it could mean your landlord will be lax or incompetent in other areas, like making repairs or addressing tenant issues that arise.

Vacancies are a landlord's worst enemy, so when you're in the process of setting up an appointment to view an open apartment or sign a lease, you'd expect your prospective landlord to respond quickly. If he or she doesn't, it's a sign that you'll likely fall victim to radio silence once you're living in that space, and that's not a good thing.

4. The home is being foreclosed on

It's not unheard of for a landlord to attempt to rent out a home that's being foreclosed upon. If that happens to you, depending on where you live, you may be forced to vacate your home mid-lease, leaving you with nowhere to live and a load of hassle on your hands. Before signing a lease, make sure the home in question doesn't have any notices or lawsuits filed against it. You can obtain this information by calling the county's office where the home is located. Sites like Zillow also have foreclosure data, so it's worth plugging in the address of the home you're thinking of renting and seeing what information pops up.

5. You can't view the property before signing a lease

It’s not unreasonable to actually see the home you're looking to rent before agreeing to live in it. If you're interested in an apartment you see listed but the landlord makes it difficult or impossible to view that space in person before signing a lease, then think before you sign it -- chances are, there's something blatantly wrong with that apartment, especially if you’re talking about a small building with just a few units.

Now sometimes, a landlord may be grappling with a troublesome tenant who makes showing the apartment you want difficult. But in that case, your landlord should be able to show you a comparable unit, and also write into your lease agreement that your unit will adhere to the building’s standards. If that doesn’t happen, consider it a red flag.

6. The landlord lives far away, and there's no on-site super or nearby management company

You never know when an issue might arise with your apartment once you're living there. Your shower could start leaking or fail to drain. Your heat might stop working, or your fridge could break. Without a landlord, super, or management company nearby, you can pretty much count on having to wait extra time until the problems you encounter are addressed, and that's probably not a situation you want to sign up for.

Along these lines, a landlord who lives far away probably doesn’t have the same connections with local repair people and contractors to deal with issues that arise. As such, even if that landlord tries to address problems quickly, he or she may not be successful, leaving you to deal with issues longer than you should have to.

The last thing you want to do is rent the wrong apartment and wind up miserable for the better part of a year for it. If any of the above applies to a home you're thinking of renting, keep looking. You're better off going through the motions of apartment hunting a bit longer than signing up to live in a bad apartment, or a decent apartment with a bad landlord.

For the investor side of this story, see our article on red flags investors should look out for. 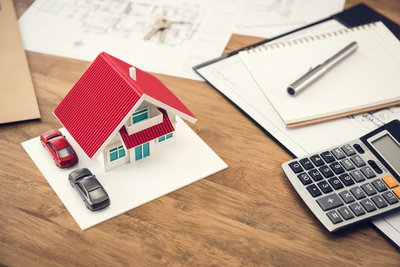 Should I Rent in an Expensive Area or Buy in a Cheap One?

Should I Buy, or Should I Rent? These Oracles Have an Index to Consult

10 Cities Where Rents Are Dropping