Please ensure Javascript is enabled for purposes of website accessibility
Log In Help Join The Motley Fool
Free Article Join Over 1 Million Premium Members And Get More In-Depth Stock Guidance and Research
By Harsh Chauhan - May 2, 2018 at 3:13PM

NVIDIA's failure to fire on all cylinders could hinder its growth.

NVIDIA (NVDA 0.72%) has been a stock market darling over the past couple of years as its pursuit of tech trends such as video gaming, artificial intelligence (AI), and cloud computing has led to terrific financial growth. 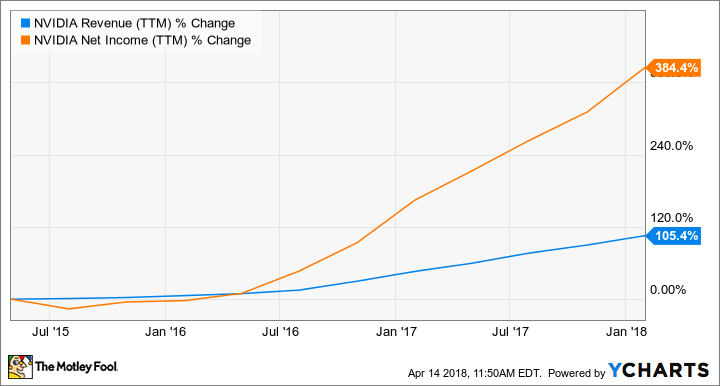 But a closer look at the chipmaker's financials clearly indicates that only two of its five businesses are doing the heavy lifting. Gaming supplies 60% of NVIDIA's total revenue, and it grew 29% year over year last quarter. Meanwhile, the data center segment's revenue more than doubled last quarter and this business now accounts for 20% of the company's top line.

However, the growth of NVIDIA's remaining three businesses -- professional visualization, automotive, and OEM and IP -- seems to have hit a wall in recent quarters. This is a red flag as relying on the other two segments means challenges in the form of competition from rivals such as Advanced Micro Devices (NASDAQ: AMD) and the adoption of a different chip technology in data centers can have an outsize impact on the company and its stock.

This is why it is important for NVIDIA's remaining businesses to step up their game. But will they be able to deliver? Let's find out. 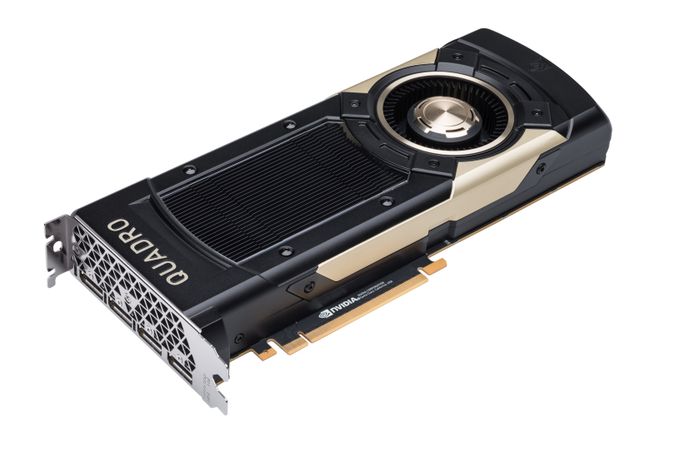 Professional visualization fails to live up to hype

NVIDIA's professional visualization segment, or pro-v, supplied less than 9% of its total revenue last quarter. There was a time when pro-v enjoyed greater clout at NVIDIA with 14% of the top line a couple of years ago, which means that it has fizzled in comparison to the company's other businesses. This is extremely surprising, as NVIDIA was going after the attractive virtual reality (VR) market with its Quadro GPUs (graphics processing units).

When NVIDIA launched its GP100 Quadro GPU in February 2017, it probably expected to mint money from the booming VR content creation market. The chipmaker had claimed that this GPU was capable of rendering images more than 18 times faster than its predecessor, and even allowed users to combine GPUs to boost computing power.

Such a powerful GPU should have helped NVIDIA tap into the VR content creation space that's expected to clock a terrific growth rate of 128% from 2016 to 2020, according to TechNavio, hitting an estimated $13 billion in size by 2020. Now, 43% of VR content creation takes place on PCs, so this platform could account for $6 billion of VR revenue in the next couple of years.

Demand for professional-grade GPUs such as the Quadro should have increased, as more powerful hardware is needed to create VR content, but the same hasn't happened on a grand scale for NVIDIA. Its pro-v revenue in the last reported quarter was up just 13%, which isn't much considering the fast-growing nature of the VR market.

NVIDIA's failure to tap into this market's terrific potential can be attributed to stiff competition. AMD, for instance, has been attacking the VR hardware market with its LiquidVR technology that combines its Ryzen processors with its Radeon Pro graphics cards.

In fact, NVIDIA's archrival was chosen by Apple to power its most powerful Mac ever made -- the iMac Pro. AMD doesn't single out how much revenue it gets from its professional graphics business, but management's comments clearly indicate that it is very pleased. In 2017, AMD's professional graphics business pulled in record revenue, according to the annual report shared in March.

So, NVIDIA's pro-v business seems to have run into an AMD-shaped wall. But NVIDIA investors will be hoping that its recently launched Quadro GV100 GPU will tilt the momentum in its favor as it promises a massive improvement in creating immersive VR content, though they should be advised to rein in their enthusiasm as last year's Quadro offering didn't do much for the company's top line despite being a promising product.

NVIDIA looked all set to own the field in self-driving cars thanks to its pioneering moves in this space, but the emergence of stiffer competition has thrown this business off gear. In fact, it is surprising to see that NVIDIA's automotive business has failed to take off despite early wins at Tesla and the company establishing a solid base of 225 partners developing autonomous car solutions using its platforms.

The massive opportunity afforded by self-driving cars has encouraged competition in this space, and NVIDIA seems to be falling prey to the same. For instance, Intel reportedly snatched the Tesla business from NVIDIA last year. What's more, Chipzilla is also powering Alphabet subsidiary Waymo's self-driving cars. This could help it attract more partners from NVIDIA's ecosystem.

The negative effects of this competition are already visible. Last quarter, the segment's revenue increased just 3% year over year. What's more, a closer look at the automotive business's revenue trends reveals that the company has been losing momentum in the past four quarters.

Of course, it is still early in the self-driving car race, and NVIDIA has a lot of time to get its business on track thanks to the recent moves it has made. For instance, it struck four new partnerships earlier this year with heavyweights including Uber, Volkswagen, and Baidu. It also introduced an autonomous vehicle safety simulator known as Drive Constellation..

So, it won't be surprising to see NVIDIA's automotive business making a big comeback. But investors need to keep a close watch on the competition because it has been potent enough to keep this business under stress so far.

OEM and IP is in danger

NVIDIA's OEM and IP (original equipment manufacturers and intellectual property) business supplies around 6% of its total revenue, and just like the automotive business, it hasn't done much for the company's overall performance. This segment's revenue was up just 2% last quarter, and it won't be long before it starts declining thanks to an AMD-Intel partnership.

The OEM and IP business gets a sizable portion of its revenue from a cross-licensing deal with Intel that was struck seven years ago, while low-end GPU sales account for the remainder of this segment. It has been widely reported that the licensing deal came to an end in March of last year, and Intel is tapping AMD for its GPU technology.

However, the OEM and IP business has stood its ground in recent quarters thanks to the rise in GPU-based cryptocurrency mining. But the recent deal between AMD and Intel to integrate the former's GPU into the latter's CPU to create a combo chip means that NVIDIA could see its royalty revenue eventually dry up.

Intel had originally agreed to pay NVIDIA $1.5 billion in cross-licensing fees over a period of six years, which means that the graphics specialist was getting $250 million a year in revenue. Additionally, cryptocurrency mining might not be a long-term catalyst for the OEM and IP business thanks to the emergence of a specialist mining chip.

NVIDIA needs to step up its game elsewhere

NVIDIA's growth engines -- video gaming and data center -- will need to work overtime to ensure that its other three businesses don't weigh on its growth in the long run. Of course, NVIDIA can turn things around provided its automotive bets pay off and the pro-v business gets a boost from the latest products, but any shortcomings could be punished by investors who have been betting big on the company's long-term growth.

NVIDIA's trailing price-to-earnings (P/E) ratio of 47 is well above its historical five-year average of 30, and also exceeds the industry average of 35. This lofty valuation can be justified only if NVIDIA maintains its impressive growth momentum, and for that, it will have to fire on all cylinders, which it isn't doing right now.