The simulation software is similar to Waymo's testing technology and comes at a pivotal time for the driverless car industry. 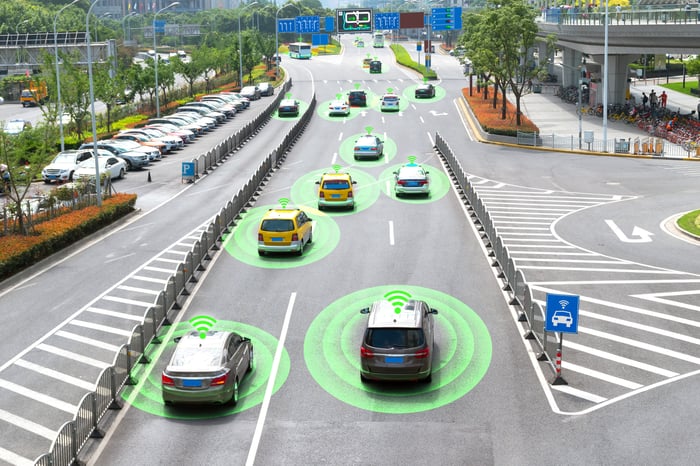 "With virtual simulation, we can increase the robustness of our algorithms by testing on billions of miles of custom scenarios and rare corner cases, all in a fraction of the time and cost it would take to do so on physical roads." Rob Csongor, vice president and general manager of automotive at NVIDIA, said in statement.

DRIVE Constellation will be available to a select group NVIDIA's partners beginning in the third quarter of this year, and the announcement comes just weeks after one of Uber's autonomous vehicles killed a pedestrian in Tempe, Arizona.

A lot of work still needs to be done

While there's lots of talk about how driverless cars will improve transportation and eventually make our lives safer, we're still decades away from seeing autonomous vehicles everywhere. The recent fatality involving a self-driving Uber vehicle is one of the main reasons why.

Uber tests its autonomous vehicles, which use some of NVIDIA's tech, in the real world just like many other tech companies, and last month one of its vehicles failed to stop for a woman who had walked in front of the vehicle at night. Uber, NVIDIA, and other companies testing driverless car tech have suspended their vehicle tests for now. The Tempe police have said the accident may not have been avoidable, even if a human driver was controlling the vehicle, because it was at night and the woman walked out from the shadows directly into the path of the car.

But in order to prove that they're doing everything they can to make the public safe during autonomous vehicle testing, driverless car companies need software like Drive Constellation. Constellation will allow for billions of miles to be driven in a simulated environment, similar to how Waymo has racked up 2.7 billion miles of driving in a virtual environment.

NVIDIA and other tech companies and automakers are looking to driverless cars as a huge opportunity. NVIDIA, for its part, believes its total addressable market for driverless cars will reach $8 billion by 2025. But companies are essentially self-regulating themselves right now and there aren't many specific laws or rules for companies to follow. About 40 states have some laws in place, but they vary wildly, and the National Highway Traffic Safety Administration hasn't established well-defined federal rules.

That makes Drive Constellation all the more important for NVIDIA as it plans to capitalize on the growing semi-autonomous and autonomous vehicle markets. In many ways, Alphabet's Waymo has become the standard for virtual and real-world testing, and NVIDIA needs to show that it can do the same.

NVIDIA investors should remember that it's still the wild west when it comes to driverless cars, and NVIDIA's benefit from this market is still very small. In the fourth quarter of 2018, the company only made about 4.5% of its total sales from its automotive segment.

Stricter government regulations for driverless cars are likely on their way, and that's a good thing, but it's also good to see that NVIDIA's making its own move to improve its software and hardware before it hits the streets. That's not only good for NVIDIA's long-term driverless car plans, but better for the public as well.

Suzanne Frey, an executive at Alphabet, is a member of The Motley Fool’s board of directors. Chris Neiger has no position in any of the stocks mentioned. The Motley Fool owns shares of and recommends Alphabet (A and C shares) and Nvidia. The Motley Fool has a disclosure policy.