Persuading riders to step into a driverless vehicle may be Waymo's biggest challenge yet.

These are exciting times in the world of technology, and perhaps nerve-racking times if you drive a cab or for Uber. Leading executives are increasingly saying that the world of self-driving cars is upon us, and they may be coming soon to a town near you, courtesy of first-mover Waymo, a subsidiary of Alphabet ( GOOG 0.90% ) ( GOOGL 0.81% ).

Alphabet recently announced it was launching a Waymo ridesharing app this year, and recently ordered thousands of Fiat-Chrysler ( FCAU ) Pacifica minivans, which Waymo will retrofit with its proprietary LiDAR technology, which uses lasers to measure distance and identify objects. The company has been conducting an early rider program in Phoenix, where non-employees ride along with Waymo supervisors, and Waymo plans to expand the program to transporting passengers without any employees behind the wheel.

There's just one small problem: People are still wary of handing over their keys to a robot. 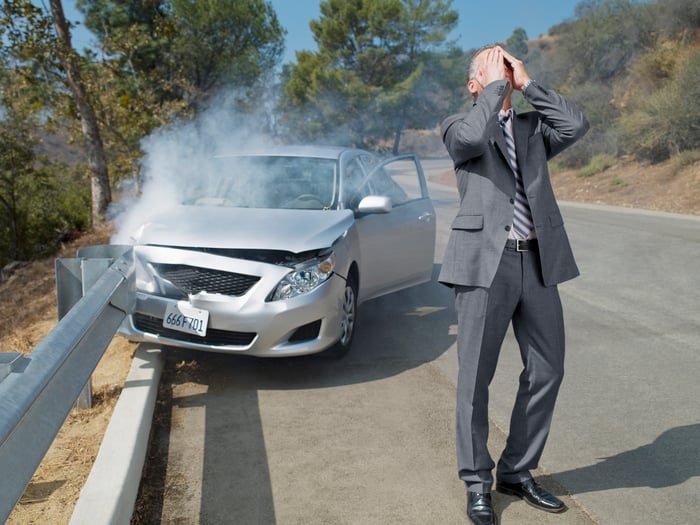 While self-driving technology has backing from many state governments due to its potential to actually increase safety and reduce crashes caused by human error, recent numbers show Americans are still on the fence. Maybe that's because they've watched nightmarish spoofs of self-driving cars on TV like this one from HBO's Silicon Valley.

In a recent Gallup poll, 54% of Americans said they were unlikely to use self-driving cars, with 59% saying they would be uncomfortable riding in one. The poll, which was conducted last September and October, surveyed 3,297 people.

While these are still very early days for self-driving technology, it's clear companies have some work to do educating -- and reassuring -- the public.

Alphabet and Waymo's top management likely saw the hesitancy coming. That's why Waymo CEO John Krafcik has claimed Waymo's mission is not to build self-driving cars, but rather "the world's most experienced driver."

We're really pleased after years of work on technology where it was really about safety, safety, safety, and developing the technology and the platform. And now we're in a position where we have this opportunity to let people use and benefit from what we've developed. I think that safety has been a key driver, and the opportunity for cities has been really exciting what it means about optimizing resources space that they have.

In a recent blog post, Waymo touted its best-in-class disengagement rate of 0.18 times per thousand miles driven in California last year. (The disengagement rate is the amount of times a human has to intervene and take control of a self-driving car.)

Those numbers are well ahead of General Motors' ( GM 0.22% ) next-best 0.8 times disengagement rate, and Waymo drove roughly three times the amount of miles GM did in that time. In 2017, Waymo drove a total of 2 million miles in the "real world," on top of 2.7 billion miles in simulation.

Beyond management's words and statistics, Waymo recently released a new video that's part safety public-service announcement, part tutorial on Waymo technology. The video takes place inside a self-driving car that is navigating city streets (which look like they could be in Phoenix), with a narrator discussing exactly how the car is detecting objects via a mix of LiDAR, radar, and video cameras.

Inside a Waymo-furnished Chrysler there are even more features for customers geared toward reassuring passengers, including:

Waymo leadership has been adamant that the company will make its technology mainstream sooner rather than later, ever since Waymo was spun off as a separate entity in late 2016. The company has the early lead in miles driven and safety statistics, and looks poised to capitalize on that first-mover advantage. But from the recent Gallup numbers, it seems its biggest task may not be on the technological side, but rather in the art of persuasion.