One market segment that many chip-makers have been rushing to capitalize on is automotive.

The car market is mature, but the computing content inside the average car continues to climb, driven by increasingly capable in-vehicle infotainment systems as well as the rapid push toward higher levels of automation. 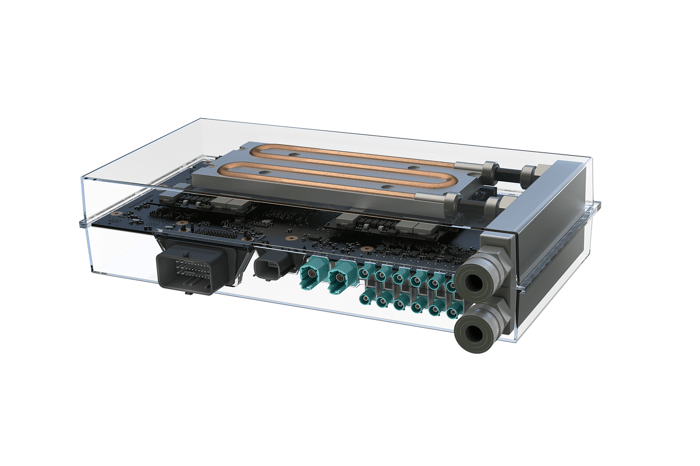 A beneficiary of this paradigm shift has been graphics specialist NVIDIA (NVDA -6.67%), and one of its highest-profile customers is Tesla (TSLA 0.54%). NVIDIA currently supplies, among other chips, the processor that handles the in-vehicle infotainment systems in Tesla's currently shipping vehicles.

However, as NVIDIA exited the smartphone and tablet applications processor markets, it refocused its Tegra processor development on chips built to support its Drive PX self-driving car platforms.

That focus on building chips for the Drive PX allowed NVIDIA to break free from the typical cost and power constraints of mass-market mobile devices. The upcoming Tegra processor, codenamed Xavier, packs a lot of processor cores, a large graphics processor, as well as specialized computer vision accelerator.

All these features make the Xavier chip well suited to serve as the brains powering a self-driving car platform, but they probably increase costs to levels that are simply too high for a relatively simple in-vehicle infotainment system.

Intel, by contrast, continues to build chips suitable for in-vehicle infotainment systems based on its low-cost Atom architecture. Since Intel has a road-map of relatively simple, low-cost chips suitable for in-vehicle infotainment, Tesla may have found that it made more sense to make the move to Intel rather than to stick with NVIDIA for a little longer, only to have to invest in an alternative vendor's platform down the line.

Additionally, Tesla's Model 3 and Model S, which are arguably its most important and highest-volume cars, include Wi-Fi and cellular data connections. NVIDIA never built in-house Wi-Fi chips and it abandoned its efforts to develop cellular modems years ago.

Intel, on the other hand, builds its own Wi-Fi and cellular chips. I wouldn't be surprised if Intel offered Tesla these components, in addition to Atom processors, for the updated versions of its cars in a bundle deal that ultimately allowed Tesla to shave off bill of materials cost, thereby improving its margins per car.

Implications for Intel and NVIDIA

Obviously as Tesla shifts its orders away from NVIDIA and toward Intel, this should lead to a reduction in NVIDIA's automotive-related revenue and an increase in Intel's.

However, I doubt that the content per car in this case will be large enough to impact NVIDIA's or Intel's automotive businesses much.

Indeed, Tesla delivered 76,230 cars in 2016. If we assume NVIDIA received about $30 per car -- this is probably a generous estimate for just a single Tegra processor for the infotainment system -- then we're looking at about $2.3 million in lost annual revenue for NVIDIA and probably a gain of a similar magnitude for Intel.

Moreover, automotive represents an adjacent business to both NVIDIA and Intel (though it's far less important to Intel than it is to NVIDIA).

The overall impact of this share shift on both companies' businesses just won't be much and I don't think this fundamentally changes the investment theses for either company.