Is Equinix a Millionaire-Maker REIT?

Equinix (NASDAQ: EQIX) has made its investors very rich over the years. It's the leading value creator among real estate investment trusts (REITs) during the past decade, generating an average annual total return of more than 25% during that time, almost doubling that of the S&P 500. Put another way, $10,000 invested in the company a decade ago would have grown into nearly $100,000 today.

While that past success is no guarantee that it can deliver similar results in the future, the data center REIT certainly seems headed in the right direction. Here's a closer look at its millionaire-making potential.

The math on a $1 million windfall

Any investment can grow into a $1 million nest egg, given enough time and rate of return. For example, $1,000 invested into an S&P 500 index fund will grow into $1 million in about 75 years, assuming the market maintains its historical rate of a 10% average annual total return. Boost the amount invested and rate of return, and an investment can grow into $1 million much faster. For example, a $10,000 investment in Equinix could grow into a $1 million payday in about 19 years if it maintains its current 25% annualized total return pace, suggesting that those who invested that amount a decade ago are more than halfway to that promised land.

Equinix has a long history of growing its adjusted EBITDA, AFFO per share, and dividend at above-average rates. For example, adjusted EBITDA had increased from $404 million in 2009 to more than $2.8 billion last year. Meanwhile, the dividend had grown 57.4% since the company initiated it in 2015 upon converting to a REIT, including 8% increases from 2019 to 2020.

That fast-paced growth seems likely to continue in the coming years. Powering that view is the explosive growth of data, driving the need for new data centers. Several factors are powering data growth, including the overall digital transformation of the economy, artificial intelligence, the Internet of Things (IoT), 5G network upgrades, and the big data and analytics market.

Companies will spend trillions of dollars over the next several years on these new technology trends, which will require the support of data centers to securely store this digital information. Some have likened data to oil, as it has become the digital economy's fuel. So the industry still seems to be in the early days of what could be a 100-year investment opportunity in data.

Given Equinix's global scale and existing partnerships with most of the largest technology giants, it should have no shortage of expansion opportunities in the data investment mega-cycle. Because of that, it seems likely that the company can continue growing its adjusted EBITDA, AFFO, and dividend at healthy rates for years to come. Further supporting that view is its solid financial profile, including an investment-grade credit rating and conservative dividend payout ratio. Those factors give it the financial flexibility to invest in building and acquiring data centers.

Equinix could be a very enriching REIT

Equinix has created a lot of wealth for its investors over the years. Given the expected explosive growth in data in the decades ahead, the company appears well-positioned to continue expanding its portfolio of data centers, earnings, cash flow, and dividends at above-average rates. Because of that, it looks like it might have significant wealth-creating potential for investors willing to hold on for the long haul. 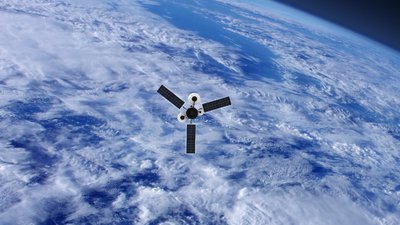 Data Storage in Space? Here's What Investors Should Know 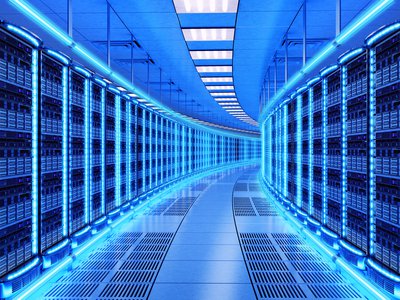