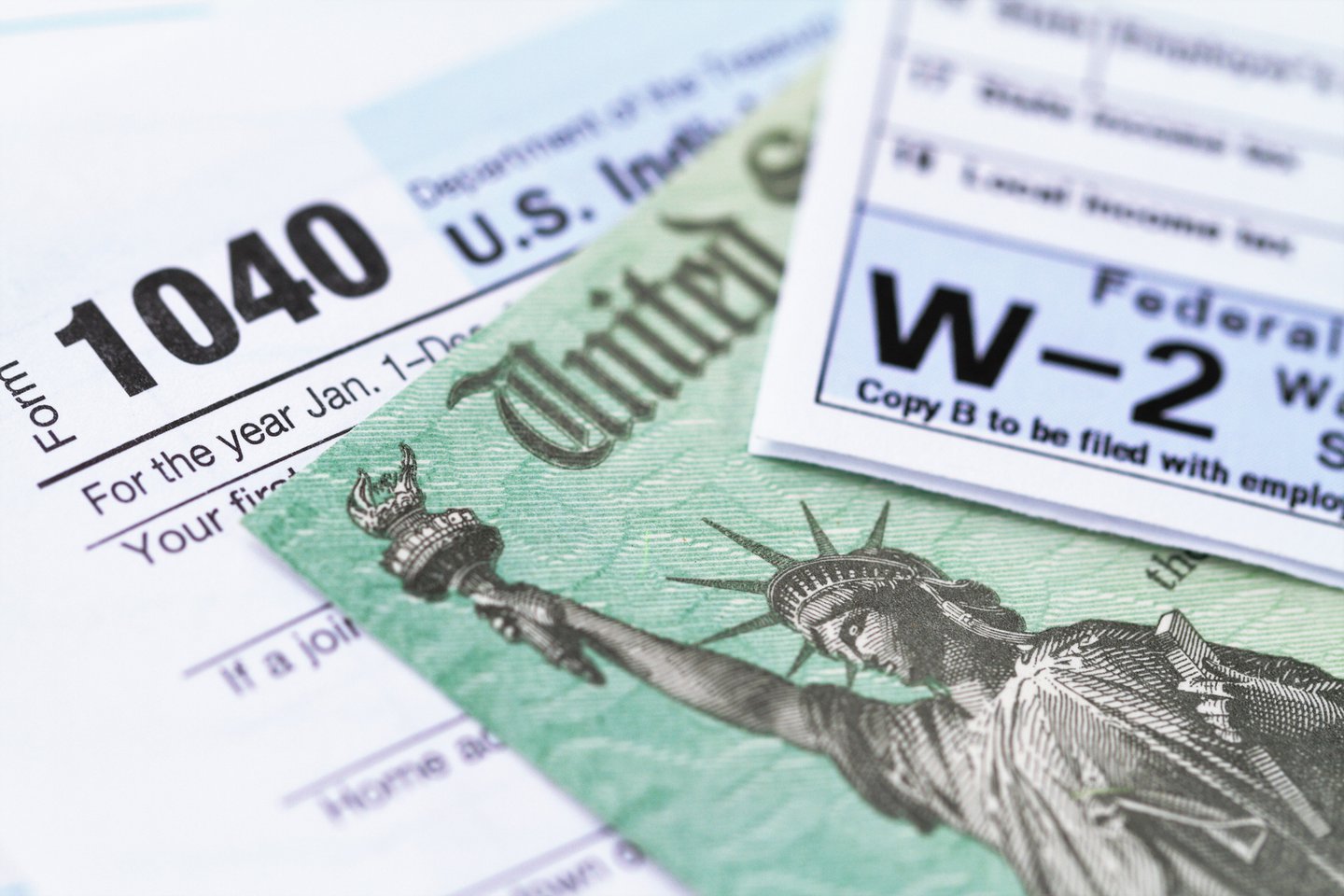 Though President Donald Trump has long been urged to release his income tax records, that's yet to happen officially, leaving many to wonder exactly what his federal taxes looked like in recent years. But earlier this week, The New York Times reported that based on its research, President Trump paid just $750 in income tax for both 2016 and 2017. And according to the Times report, in 10 out of the 15 years before being elected president, Trump paid nothing in income tax.

We still don't have access to Trump's tax returns in an official capacity, so the information being discussed here is strictly based on the New York Times report alone. And the president also insists the report is "fake news," and that he did, in fact, pay more taxes than what's being alleged. During the September 29 presidential debate with Joe Biden, he insisted his tax bill for the years in question was higher than $750.

But still, the fact that the president may have gotten away with such a small tax bill highlights the fact real estate developers have a lot of leeway when it comes to capitalizing on tax breaks.

The perks of being a real estate developer

President Trump was a real estate mogul long before he was elected to lead the U.S., and those business dealings may have created a situation where his tax liability was extremely low. In fact, there are a couple of key tax benefits all real estate investors and developers can benefit from, including those like President Trump with massive real estate holdings.

The first tax break is depreciation, which refers to the loss of a property's value over time. Those who invest in real estate can write down the cost of buildings, building equipment, furnishings, and so forth. But here's the thing: While furniture may lose value in practice over time, buildings tend to appreciate in value over time. Yet from a tax perspective, they're allowed to be treated the opposite -- as if their value is declining year to year, serving as a tax break.

The second tax break real estate investors get to benefit from is the 1031 exchange, which allows developers like President Trump to defer tax liability on the sale of investment properties by using the proceeds of those sales to purchase new property. Normally, selling an investment property could trigger capital gains taxes. But under a 1031 exchange, investors aren't actually receiving those gains, so they're not liable for the taxes associated with them.

To be clear, these strategies aren't illegal; real estate investors use them all the time. Also, without actually seeing a copy of Donald Trump's tax returns, which he claims are tied up in an audit, we can't know to what extent he took advantage of depreciation and/or 1031 exchanges. But if the figures being reported are true, it's fair to say President Trump definitely worked the tax system to his advantage, like so many people in the real estate world seek to do.

Of course, this new report on Trump's tax returns is apt to highlight flaws in the tax code that lawmakers may seek to adjust or overturn in the future, so that's something real estate investors will need to be on the lookout for, too.

Meanwhile, the pressure is now on for President Trump to officially release his tax returns despite the audit he alludes to, but it's doubtful he'll do that anytime soon. As such, we'll all need to take the aforementioned report with a grain of salt. Though The New York Times has long been a trusted source, without seeing Trump's taxes themselves, we can't officially know what his tax bill looked like for 2016 or 2017. But it's fair to assume that being a real estate developer worked to his advantage.

What Would a K-Shaped Recovery Mean for the Real Estate Market?

An Iconic New York Hotel Is Closing Its Doors: What It Means for Real Estate Investors