What Will This Year's Ski Season Mean for Real Estate Investors?

When the COVID-19 pandemic hit in March, it was just as ski resorts were starting to wind down for the season. Now, as snow has started falling around the country and people are deciding whether it's safe to travel, it's clear this winter season could look very different from years past.

Ski resorts plan for business as usual -- sort of

Back in March, some resorts decided to close up early. Vail Resorts (NYSE: MTN) closed its North American resorts on March 15, 2020, a decision that negatively impacted its revenue. It decided to offer season pass holder credits to the next season in order to encourage renewal.

This move may have paid off. Vail, a stock which has been battered in recent months, reported that season pass sales through September 18, 2020, for the upcoming season were up 18% in units over the previous season, although revenue was down partially due to all those credits. This means hundreds of thousands of pass holders are planning to visit these resorts within the next several months. Vail is planning for this by creating an online reservation system to make sure effective precautions are in place and resorts don't get too crowded.

While the slopes easily lend themselves to social distancing, guests still end up bunched up on the chairlift, in rental lines, and in restaurants and cafes. Vail Resorts is keeping all its mountain trails open, but it will have to limit capacity in some areas and expects to see a decline in revenue in its ski school, rentals, and food and beverage services.

EPR Properties (NYSE: EPR) operates 13 ski resorts around the United States and expects them to open on time. We've discussed EPR a lot recently in relation to their other experiential properties, especially movie theaters, but ski resorts actually make up 8% of the company's portfolio. Like Vail, it will probably be facing reduced revenues because of reduced capacity rules. One piece of encouraging news for resort owners: Skiers and snowboarders have said they are willing to cooperate with new rules, such as wearing masks, making reservations, and eating outdoors.

Can we drive there?

That trend is likely to continue through the winter, which may be good news for EPR Properties. Most of their winter resorts are clustered in the East and Midwest, near major population centers. Millions of people live close enough to the properties to make a day visit.

The desire to avoid airline travel may also benefit hotels and resorts in the Northeast and along the West Coast while putting a strain on resort areas that tend to be only reached by a plane ride. However, many vacationers may opt for a short-term rental instead of a hotel because they believe it may be safer, as well as easier to prepare food and thereby avoid sitting in restaurants.

While ski resort employees and others in vacation towns have struggled with job loss and fewer patrons, luxury real estate has seen record sales in resort locations, including popular winter destinations. Some of this activity is due to the work-from-anywhere movement, which is benefitting rich tech and financial workers opting to turn a second home into a second office.

The Aspen Times reported the posh ski town saw 21 sales of properties in the $10 million to $19.9 million range in September alone. Park City, Utah, another ski destination, saw pending sales more than double in the third quarter, and prices are up as well. In Vermont, the median sales prices for existing homes was $348,000 in September, up 23% from a year ago. The state, like many other areas, is wrestling with low inventory.

Ski enthusiasts don't want to give up the season or the slopes, but caution is the order of the day for both skiers and investors. A scaled-back season will cut into possible revenue, not just for resorts, but for local restaurants, hotels, and short-term rentals. The enduring appeal of ski towns is also driving real estate demand in many areas as potential buyers explore the possibility of remote work, but there's no telling how long this trend will last. 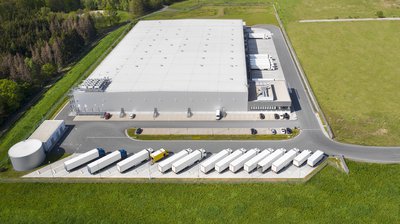 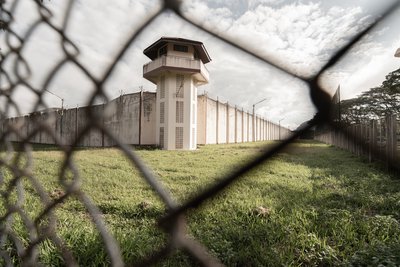 Crown Acquisitions Plans a New Proptech SPAC -- Should You Invest?