Is Buying a Home a Good Investment Opportunity?

The short answer is not really, but there's a lot more to the story.

With that in mind, here's a deep dive into one of the most common questions homebuyers and homeowners ask: Is buying a home a good investment? First, we'll take a step back and look at what an investment is and where a home fits into the definition, why a rental property is a different type of investment than a home you live in, and why even though it isn't a good investment from a long-term return perspective, owning a home can still be a great financial decision. Finally, we'll discuss why looking at your home as a form of real estate investing entirely misses the point of homeownership.

A home is an investment -- sort of

The term investment can be loosely defined as an asset you buy with the goal of either earning income or selling for a profit. For example, if you put money into a CD, you'll earn income on your money. If you buy a gold bar, it could be worth more today than tomorrow. And if you buy a stock, it could do both -- give you income by paying dividends and eventually increase in value.

By this definition, buying a home is an investment. But I don't think anyone would argue that if you buy a home in today’s housing market, it's reasonable to expect that someday it will be worth substantially more than it is now.

While home values certainly go up and down in the short term, homes in the United States have historically appreciated by about 3% per year over the long term. Home values have barely outpaced inflation, but their nominal value will almost certainly be higher in the future, and to be fair, there are many forms of investments (CDs, for example) that typically don't keep pace with inflation.

But is a home a good investment?

Having said all that, it's important to make the distinction that not every investment is a good one. There are great investments, there are good investments, and then there are mediocre investments. I'd argue that owning a home falls into the latter category.

For starters, although the value of the home itself will almost certainly rise over time, a home you live in costs quite a bit of money on an ongoing basis. Just to name the most common expenses, here's what you'll have to pay for while you own a home:

To be perfectly clear, homeownership can still be worthwhile, even with these expenses. In full disclosure, I've been a homeowner for about a decade now and couldn't imagine going back to renting. However, the point is that good investments don't have high ongoing out-of-pocket costs like owning a home does.

When it comes to investments, there are three main varieties. First, there are currency-based investments (think savings accounts and CDs). These are generally used more for safety than to generate returns. The other two types of investments are the assets that are most commonly associated with the term:

Here's the point: Productive assets are almost always better investment options than unproductive ones. A productive asset can create an income stream, and its value is generally based on something more concrete than "someone else will pay more for it someday."

A house that you live in is definitely an unproductive asset. It doesn't generate income, and it actually costs you money on an ongoing basis, as we discussed in the last section.

An investment property can be an excellent investment

Before we go any further, I'm not saying that real estate isn't a great investment. I'm saying that a home that you live in isn't.

A home that you buy as a rental property can certainly be a fantastic investment. In full disclosure, I own a few rental properties myself and actually prefer investing in real estate to stocks and bonds in many cases.

The difference is that an investment property becomes a productive asset. You'll be earning rental income that should cover the ongoing expenses of property ownership (mortgage payment, taxes, insurance, and maintenance) and hopefully generate some cash flow for you.

And after years have gone by, you'll have built up equity in a property that someone else paid for. The stock market has historically generated total returns (income plus appreciation) of about 10% per year, on average, and it's not uncommon for rental properties to generate even more when selected and managed properly.

The costs of owning a home

Data source: Author's calculations. Note: There are other costs of owning a home, but many are common to both owning and renting. For example, we can assume that you'd be paying the same for electricity whether you owned or rented the home you lived in, so we're not considering it in this comparison.

So, your actual ownership cost of your $200,000 home would be roughly three times that amount if you lived in it for 30 years. In reality, this is a very conservative estimate -- after all, at some point over the 30 years, you'd probably want to renovate some or all of the home or make some sort of home improvements that go beyond routine maintenance. And in higher-cost areas of the country, property taxes alone can be close to 3% of the average home's value.

Lastly, don't forget the equity. Provided that you keep your original mortgage until it's paid off, you'll own the home free and clear at this point. Real estate has historically appreciated at about 3% per year -- roughly in line with inflation -- so you can reasonably expect a $200,000 home to be worth about $485,450 in three decades.

So, your actual cost of ownership would be the $600,444 you've spent, minus the $485,450 your home is worth at the end, or just under $115,000. Let that sink in for a second. Even though it would have more than doubled in value, your home would have cost you a six-figure sum over a 30-year ownership period -- it wouldn't have earned you any net profit. That's why your home isn't a good investment.

The cost of renting a home

On the other hand, rather than buying a home, let's say that you decided to rent instead. You find a home with a monthly rent of $1,800, which means that you'll pay $21,600 over the first year of your lease.

However, keep in mind that unlike the principal and interest payments on a mortgage, which stay the same for the entire 30-year term, rent tends to increase every year. We'll assume that rent goes up by 3% per year, which is in line with historic trends. This means that by the fifth year, you'll be paying about $2,000 per month. By the 10th year, about $2,350. You get the idea. …

What does this translate to over a 30-year period? It may surprise you to learn that you'd have paid over $1 million in rent over three decades -- about $1.03 million, to be more precise. Plus, you'd have absolutely no equity to show for it.

In short, owning your home isn't an investment in the typical sense of the word. But for homeowners who plan to live in their homes for the long haul and eventually pay off their mortgages, it's far more economical than the alternative.

In fact, 90% of all millionaires became millionaires primarily because of real estate. In some cases, this was due to owning investment properties, but in many cases a big factor was a lifetime buildup of home equity.

Owning a home can certainly be a smart financial decision, as for many people, the lifetime costs of owning a home can be far less than paying rent. Plus, you'll hopefully have substantial equity after a lifetime of homeownership, whereas renters won't. However, to call it a good investment is a bit of a stretch.

If you are looking for an actual investment that's likely to produce strong long-term returns on your money, you're probably better off buying stocks, mutual funds, or, if real estate appeals to you -- an investment property.

The bottom line is that the best reasons to buy a home have little to do with investing. For example, owning a home allows you to customize your living situation in ways that being a tenant doesn't. If you want to fence in your yard or paint your walls, you're free to do so as a homeowner. And if you have a growing family, owning a home that's big enough to grow into can help you plan for the future. Owning a home also has several tax benefits, such as the ability to deduct your mortgage interest and property taxes every year.

While the financial benefits of homeownership can certainly be preferable to renting, the number one reason to buy a home should not be to invest in real estate, but to become a homeowner. 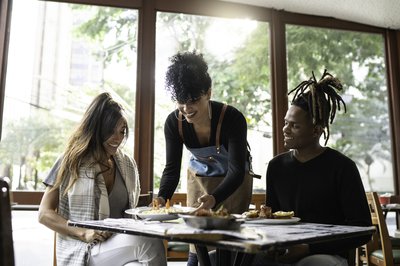 Four Corners Survived 2020 But Is Still Too Risky 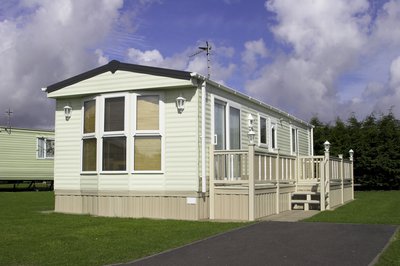