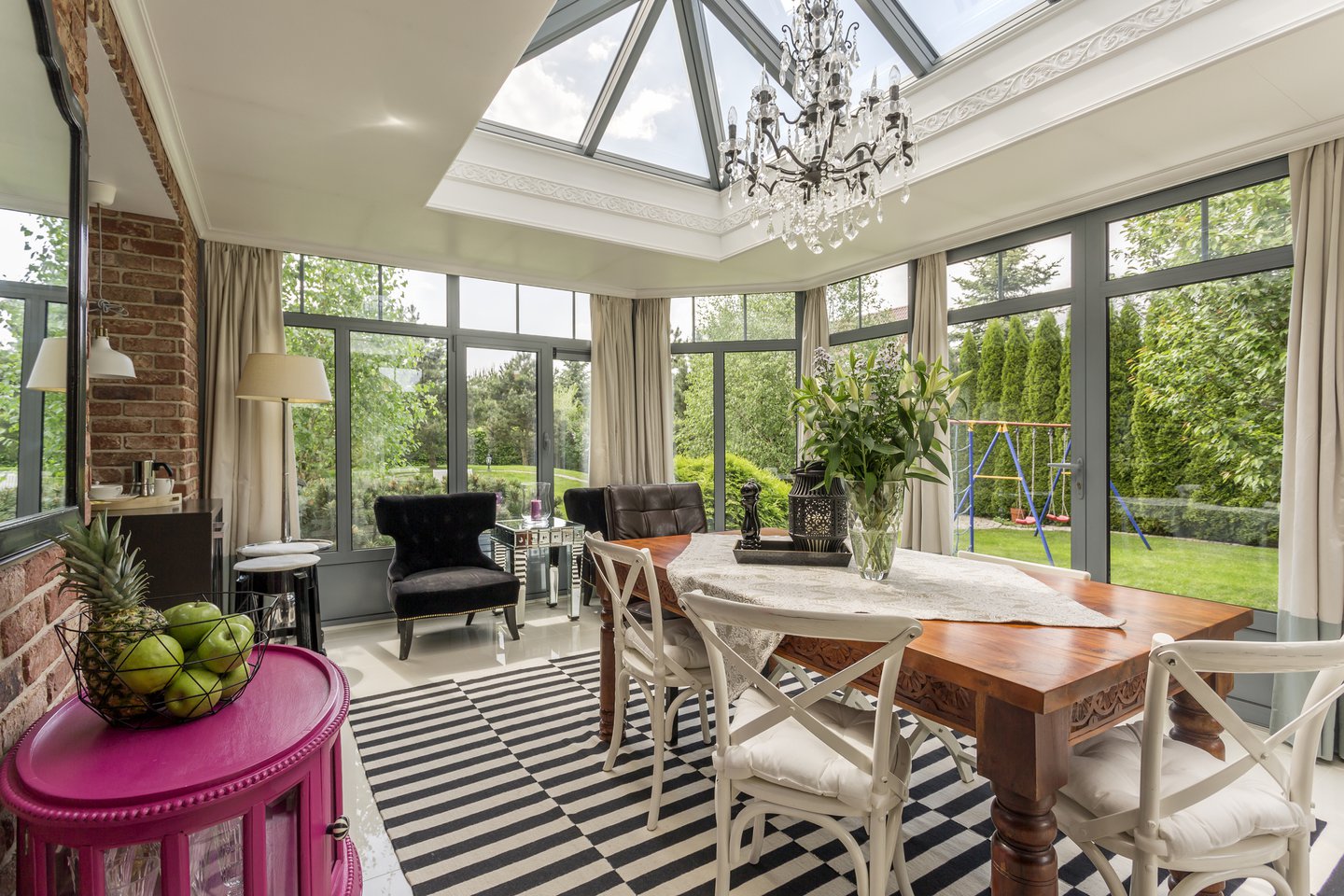 Four-Seasons Rooms for Year-Round Use

When considering boosting the square footage of your house, you might consider adding a bathroom, bedroom, or both. Or maybe you'd think about converting a basement or garage into an entertainment or office space, or perhaps turning that attic space into a playroom or man cave.

But don't overlook the outdoors, where there are plenty more attractive options for taking advantage of today's trends in indoor/outdoor living. You're likely familiar with traditional screened-in porches and sunrooms, sometimes known as Florida rooms, but there's also another type of indoor/outdoor room to consider: the four-season room.

A close relative of the sunroom, the four-season room offers the comfort and amenities of a sunroom but with the added ability of being able to enjoy the space all four seasons of the year, rather than just during the months of the year with milder temperatures.

Sunrooms are often enclosed by floor-to-ceiling windows that can be opened or closed, depending on the weather. This lets you enjoy the outdoors without being totally exposed to the elements. While sunrooms typically have electricity running to them, they're usually not connected to a home's heating or cooling systems, meaning they're best suited for use in less extreme climates and during milder times of the year.

And because of that lack of HVAC, sunrooms generally are not considered part of the square footage of the house -- an important consideration for return on investment (ROI) on the project, if you are looking to increase the value of your home.

A room for all seasons

As the name indicates, four-season rooms are designed to be enjoyed during all four seasons of the year. Aesthetically, they offer the same appeal as sunrooms -- beautiful windows and great views -- but they're heated and cooled and usually better insulated then their sunroom kin.

Four-season rooms also tend to have some wall space -- usually low walls below large windows -- that allow for the addition of electrical outlets in the space. Additionally, four-season rooms generally have double-paned windows, which help regulate temperature better than the single-paned windows typically used in sunrooms.

Obviously, there are additional costs to adding walls, insulation, flooring, and double-paned windows and then running heat and air to the space. According to HomeAdvisor (NASDAQ: ANGI), the average cost for a sunroom addition is between $4,000 and $20,000 while adding a four-season room will set you back between $20,000 and $80,000.

There are also financial considerations after the initial construction costs. With the addition of either space, you could potentially lose privacy if you don't add window coverings. You're also likely to see an increase in your utility costs with a four-season room because of the HVAC use.

But for those looking to increase their ability to enjoy their outdoor space and their views, a four-season room may be a great option. The heat and air running to it means it is more likely to get used year-round than a sunroom, making the four-season room a better option for many people who live in climates that reach the top and bottom ends of the thermometer. It can also be a positive boost to your home's square footage when you decide it's time to sell.