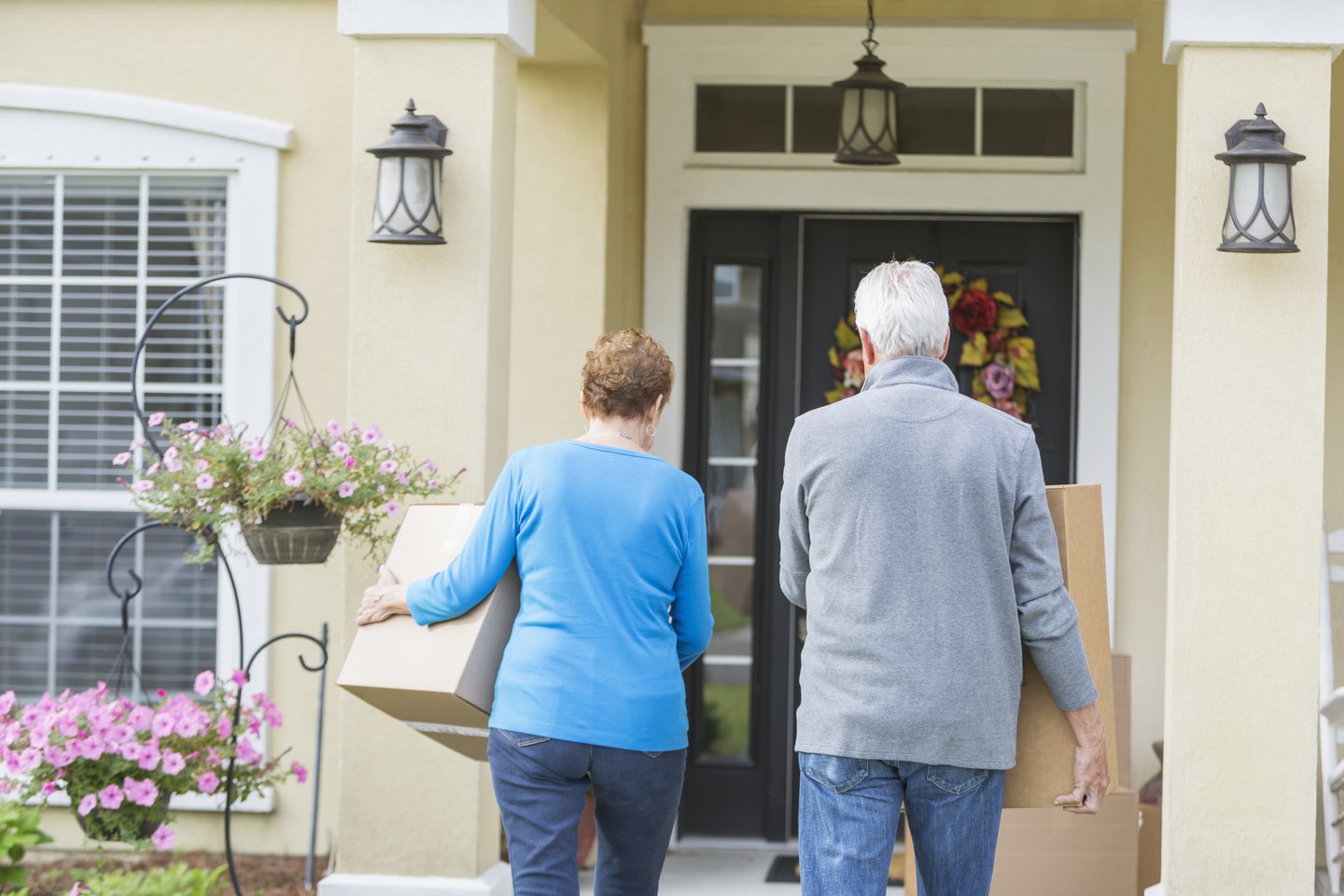 Real estate investors need to be aware that a "silver tsunami" is forming, a huge wave of homes expected to hit the market as baby boomers -- people born between 1946 and 1964 -- age, downsize, and die.

Zillow (NASDAQ: Z) (NASDAQ: ZG) put numbers to what's increasingly apparent all around us when it issued a report last December that showed people 60 or older own 33.9% of all owner-occupied homes in the U.S., a number that rises to 55.2% when the data raids Gen X to include people 50 and older.

"The massive baby boomer generation has already begun aging into retirement and will begin passing away in large numbers in coming decades, releasing a flood of currently owner-occupied homes that could hit the market. That could help end the last few years' inventory drought, as well as more fundamental shortages of homes in certain places," that report says.

Ultimately, Zillow's report suggests that nearly 28% of the nation's currently owner-occupied homes are likely to hit the market in the next 20 years. But that effect won't be even. Areas that are popular with retirees will see the most available inventory, and oversupply may be more likely to occur there than in other areas where younger generations are moving in larger numbers.

Retirement markets may feel the most impact

According to Zillow, hot markets to come include Salt Lake City, Atlanta, Austin, Dallas, and Houston. Meanwhile, Arizona and Florida are likely to feel the most dramatic impact, Zillow says, with some traditional retirement communities in those states seeing nearly two-thirds of their owner-occupied homes going on the market in the next couple of decades.

The chart below is from a Zillow news release about the report. It shows that four of the top 10 markets for inventory release by seniors are indeed in Florida and Arizona, followed by markets with older populations in the Rust Belt and other areas long heavily supported by manufacturing and other traditional industries.

Can millennials be expected to pick up the pieces?

There are multiple ramifications to this demographic reality that real estate investors could consider. First, the construction industry and remodelers might find themselves emphasizing renovations more as new construction gives way to upgrading existing homes, especially in areas that have excess inventory and little new land to build on.

Also, of course, there's the need for senior living options, such as assisted living and nursing home facilities, along with condos, apartments, and other downsizing options. They're popping up all over the country, and that's perhaps not likely to ease up anytime soon.

Then there's the question of whether millennials, our largest generation, will have the wherewithal and desire to pick up all that excess inventory. It's easy to assume they'll have the same desire for homeownership as their predecessors, but they're facing a very different economic reality that the pandemic has put into stark relief. Student debt remains a major issue, as are high housing costs in many markets versus what people are making on the job.

Individual perspectives from some industry participants

To get some perspective on that question, Millionacres asked real estate agents and other industry participants for their view on the multiple dynamics in play here. Here's what a few told us:

"Baby boomers tend to be staying in their homes longer than previous generations for a few reasons including better health, but also as home prices have risen, it's hard to effectively downsize right now. Older sellers look at how much they can sell for, but it's hard for a lot of the senior population to find something smaller or less expensive to move into unless they plan to move to a new city. People are also working longer than previous generations, so we're not seeing the same retirement/sales cycles as the past.

"In most major markets, there has been extensive buyer demand for the past few years, and new construction is nowhere near the level necessary to meet demand, plus in many cities like Seattle with high wages and strong job markets, there isn't anywhere left to build. Therefore, I expect that in major cities, even with an increase in homes for sale, there is sufficient demand to absorb those homes."

"The wave of supply from the coming 'silver tsunami' isn't necessarily a problem as long as there is also a wave of demand. The problem boomers will face is selling their McMansions, for lack of a better term.

"Millennials have prioritized location and lifestyle over size. A massive home far from the office and downtown and the constant headache and expense of maintaining such a large home isn't appealing to them.

"A boomer selling a condo downtown or home in a nearby suburb won't have a problem, but those 4,000-plus square foot homes in the middle of nowhere are going to face a rough market over the coming years, or even decades."

"Millennials are building families on smaller budgets. To do that, they're looking for inexpensive family homes. Consequently, we're seeing price compression: the prices of the least expensive houses are rising faster than the prices of more expensive houses. The coming wave of larger boomer-owned homes combined with millennial demand for smaller, more affordable options does not bode well for the values of larger homes.

"Boomers selling midcentury modern suburban homes will fare better. That said, the majority of the homes in the inner suburbs (typically, midcentury modern homes) are occupied by boomers. These homes are older and smaller, and so the structures tend to be less expensive for both those reasons. They're also closer to the core. Consequently, compared to more recently built suburban homes, midcentury homes are more walkable and have better access to transit, which better fits the millennials' eco-conscious values."

Bruce Ailion, a Realtor and attorney with RE/MAX Town & Country in the Atlanta suburb of Alpharetta

"It's understandable people think the smaller number of millennials will have difficulty filling the homes boomers leave as they mature in the housing cycle. On a macro level, this is not much of a problem because we have not built a sufficient number of new homes to fill the national demand for housing.

"The impact of demographic change will be felt in different ways in different markets. In Sunbelt and Western markets where there are employment and population growth, there's a shortage of homes. In the Northern and Central markets where jobs are declining and young people are moving to places of better employment opportunity, there's a surplus of homes. The market addresses these imbalances by price adjustments.

"We see this happening now, and as demographic and geographic change occurs, surpluses and shortages and price declines will continue and increase."

"I can see why some analysts are concerned by the so-called 'silver tsunami.' The total inventory of homes owned by boomers and pre-boomers is worth around $13.5 trillion, or 75% of the U.S. annual economic output.

"However, many boomers still have a mortgage when they enter retirement and are entering retirement with less savings and more debt than previous generations. The concern is they won't be able to afford their homes and start unloading tens of millions of homes on a saturated housing market.

"A sudden glut of unsellable properties could certainly trigger a real estate crash as we have never seen before, but I don't think it's something we should worry about. Baby boomers are not a monolith. Although many will choose to downsize and some will age out of housing, it will be a gradual process."

The simple reality that millions of aging boomers will be selling their homes in the coming years lends credence to the notion of a silver tsunami housing market to come as the senior population adds a surge of new housing inventory.

How that plays out in individual markets depends on whether that area is seeing a housing shortage or oversupply, where mortgage rates are at the time, and where and how these markets' older residents want to spend their retirement and golden years.

And, just as crucially, how what is now the younger generation of millennials and the younger people coming up behind them view homeownership will determine the future of many local markets and the investment opportunities they present. 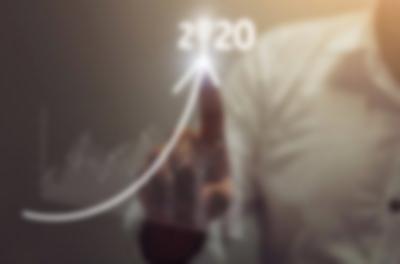 Will COVID-19 Kill the Shopping Mall?

Report: Demand Is Up, Supply Is Down, Investors Challenged