Amid COVID-19 lockdowns, one area that has fared well is video game stocks. With millions of Americans unable to leave their homes or go to work, video games have become an easily accessible distraction.

Video game stocks fell along with the rest of the market in March. However, most have already recovered the losses from their pre-pandemic highs. As workers return to their jobs, some investors may be concerned that these stocks might not have reason to go higher.

However, both Sony and Microsoft will release new consoles next year, and hardware is still a critical component in this industry. Given the original game and product releases, Electronic Arts (NASDAQ:EA), NVIDIA (NASDAQ:NVDA), and Zynga (NASDAQ:ZNGA) could provide the industry with an additional boost even if many gamers have less time for their hobby. 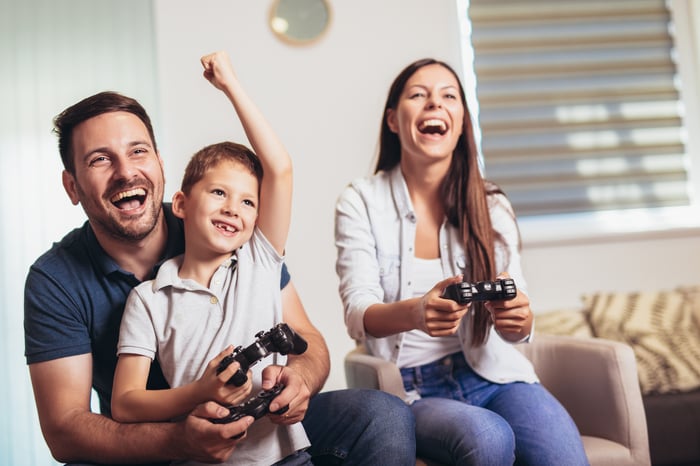 Electronic Arts remains "in the game." Still, at first glance, this may seem like a strange choice. The company just lost its 15-year exclusivity deal with the NFL. Consequently, its Madden NFL Football franchise will face competition from Take-Two Interactive's sports series, 2K. Net bookings also fell by 11% in the previous quarter, though analysts had expected such a drop. EA stock sold off following this report.

However, this could present an opportunity. Electronic Arts stock bounced back from the "modest guidance" it recently issued. The last report also offered signs of optimism. While overall net bookings fell, digital net bookings increased. Moreover, not only did revenue and earnings rise, but the company beat estimates on both metrics.

Furthermore, like all gaming stocks, it has also benefited as locked-down gaming enthusiasts had more time to devote to their hobby. With people beginning to return to work, that interest could start to plateau. Still, EA continues its recovery from a massive drop in 2018. It currently trades at about $115 per share. 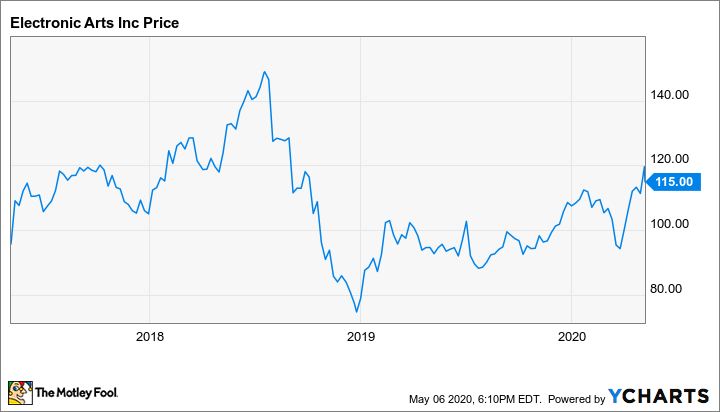 In addition to franchises, the current financials could also bolster this stock. At a forward price-to-earnings (P/E) ratio of 24.7, it trades at a lower multiple than its most direct peers, Take-Two or Activision Blizzard. Hence, its company's challenges appear priced into the stock. As EA's games move to new platforms, and gamers embrace the next generation of consoles, the lower valuation could help Electronic Arts stock benefit more than its peers.

For all the talk about NVIDIA as an artificial intelligence (AI) or virtual reality (VR) stock, many often forget that its original business line was chips for gaming. Despite the publicity in other areas, it maintains a strong presence in the gaming industry. Gaming accounted for $5.52 billion of NVIDIA's $10.92 billion in revenue for fiscal 2020.

Though NVIDIA does not create games, its GeForce line of chips has long enabled the features found in games. To stay ahead of the competition, NVIDIA continues to bolster its offerings. The company made its GeForce NOW cloud gaming service available late last year. Also, as of the end of last year, a record 125 laptop models now utilize its chips.

This success has helped the company's financials recover. Beginning in late 2018, a sudden chip glut sent NVIDIA stock tumbling. Just as it had started to surge past its 2018 high, COVID-19-related selling sent it falling again. However, as customers turned to game- and cloud-related applications amid the pandemic, NVIDIA stock quickly recovered. At almost $300 per share, it trades within 6% of its record high of $316.32 per share that it achieved in February. 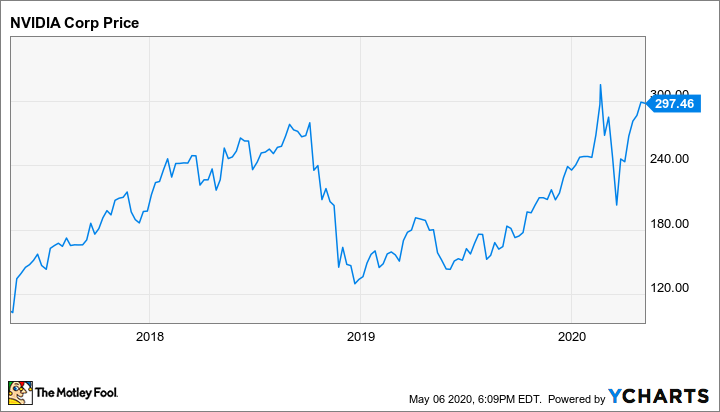 Investors have taken notice of this success. At a forward P/E ratio of 39.7, NVIDIA stock might appear elevated. Still, even after the recent turmoil, analysts forecast earnings growth of 31.1% in this 2021 fiscal year and 20.3% the next year. Moreover, it generated $4.27 billion in free cash flow in the previous fiscal year. This helped to take the company's cash position to $10.9 billion. Despite trading just below record highs, this success should help NVIDIA stock move higher.

Zynga continues to make a comeback. The company fell below $3 per share early in the decade as the euphoria about its IPO began to fade. It continued to languish as the company ended its special relationship with Facebook in 2012.

However, since former Electronic Arts executive Frank Gibeau took over as CEO in 2016, it has made steady improvements. Not only have company earnings turned positive at times, but Zynga continues to expand its game franchises. Merge Magic! appears poised to become the latest in a family of franchises that includes Words with Friends and Zynga Poker. This has helped to take Zynga stock above $7.50 per share. 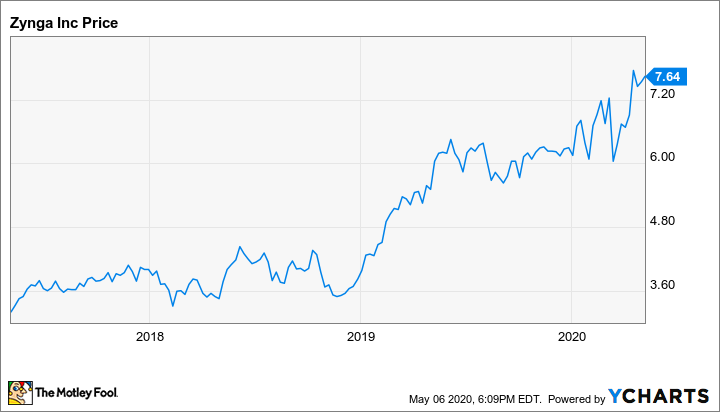 Admittedly, numbers for the first quarter of 2020 brought mixed results. For the first quarter, net bookings increased to $425 million, its best performance in Zynga history. This also represents an 18% increase from the $359 million in the same quarter last year. Zynga also lost $104 million on a GAAP basis, or $0.11 per share on the quarter.

However, growth projections improved slightly. The company raised guidance on net bookings to $1.8 billion. It expects that this will reduce GAAP losses on the year to $245 million. Moreover, for the next five years, analysts forecast earnings growth of 13.9% per year. While that may not match the average 74.6% per year earnings increases over the past five years, it should help to push the stock higher as gamers flock to its mobile games.

For a company with a market cap of just over $7.3 billion, it also remains financially solid. The debt level of about $576.66 million appears manageable, considering that the company is worth $1.86 billion after subtracting liabilities from assets. Moreover, with $1.26 billion in cash and short-term investments, the company can continue to afford to make acquisitions to bolster its mobile game portfolio.

5G could draw further interest in Zynga's mobile games. As new technology increases the capabilities of mobile devices, Zynga can utilize 5G capability to improve its offerings. Gibeau believes this technology will enable higher-performance games and zero download games. Even if COVID-19 slows 5G adoption, Zynga should benefit as both its games and financials improve.