Retail REITs can't seem to catch a break. The retail apocalypse has been bludgeoning the sector over the past several years. That forced these REITs to reimagine their properties to include a mix of new tenants like office, residential, and hospitality. They hoped that these investments would pay dividends down the road so that they could eventually grow their shareholder payouts.

Unfortunately, the COVID-19 outbreak has upended those plans as many of their existing retail clients had to close their doors to help slow the spread. Because of that, they're holding back rental payments, which has forced most retail REITs to suspend the dividends they had been trying to preserve.

The past couple of months have been brutal for REITs that own shopping centers. Retail Properties of America (NYSE: RPAI), for example, was only able to collect 52% of the rent it billed in April. While some tenants chose not to pay rent because governments deemed their locations as nonessential and forced them to close, others held back payment even though they remained open.

Meanwhile, Acadia Realty (NYSE: AKR) only received about 50% of the rent it billed in April. Retail Opportunity Investments (NASDAQ: ROIC) and Kimco (NYSE: KMI) fared slightly better, collecting 60% and 70.2%, respectively, of the rent they billed in April.

Unfortunately, with tenants preserving their liquidity by not paying rent, these retail REITs had to take similar actions. All four recently suspended their dividend dividends to conserve cash. The move will save Retail Opportunity Investments about $25.8 million a quarter. That will help replenish its liquidity after it drew $130 million on its $600 million credit facility to boost its cash position. While it now has $133.5 million in cash, it drained its available liquidity down to $366.5 million. The dividend suspensions at Realty Properties of America, Acadia Realty, Kimco, and other retail REITs will provide them with similar cash savings to bolster their financial resources.

Each of the retail REITs that suspended their dividends as a result of the COVID-19 outbreak made it clear that these are temporary pauses. For example, Kimco stated that it "will continue to monitor the company's financial performance and economic outlook on a monthly basis and, at a later date, intends to reinstate the common dividend during 2020." However, the company cautioned that it might only pay out what's necessary to "maintain compliance with its REIT taxable income distribution requirements."

Retail Opportunity Investments, likewise, said that it would "continue to evaluate dividend declarations each quarter" and, at a minimum, would ensure that it "maintain[s] compliance with REIT taxable income distribution requirements." Acadia and Retail Properties of America made similar statements.

On the one hand, it seems likely that these retail REITs will reinstate a dividend in some form by year-end so that they meet the target of paying out 90% of their net income to remain in compliance with IRS regulations. However, if market conditions remain challenging, forcing many retailers to close their doors for good, these REITs might not generate enough taxable income to require any more dividend payments this year.

Meanwhile, even if conditions improve, that doesn't mean these REIT dividends are going back up to their prior levels. That's because the fallout from the COVID-19 outbreak will likely only make the retail apocalypse worse.

Not the best place to go shopping for dividends

Many retail REIT dividends were already under pressure before the COVID-19 outbreak. Because of that, most likely won't return to their previous levels once these REITs lift their current suspensions. Given that dim outlook, income-seeking investors should shop in a different aisle. 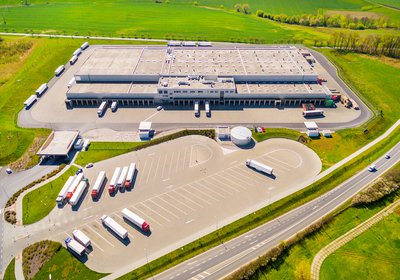 3 Industrial REITs to Buy in May

Is Annaly Capital Management in Trouble? 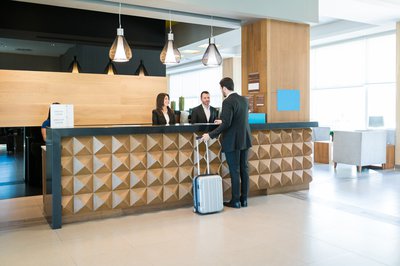 Thinking of Buying Summit Hotel Properties? Buy This Instead