Will COVID-19 Kill the Shopping Mall?

The appeal of the shopping mall has waned ever since e-commerce really took off. These days, pretty much every major retailer has an online presence, and given consumers' shift to e-commerce, the future of shopping malls was already questionable before the COVID-19 crisis began. But the pandemic may end up being the driving force that causes malls to start dying out for good.

Retailers were already in trouble

The term "retail apocalypse" isn't a new one. Last year, The Washington Post reported that a whopping 75,000 stores could be closed as soon as 2026. And that was before the pandemic, when those stores were allowed to operate as usual.

Ever since the COVID-19 crisis hit home, retailers have been hurting. They've also been closing stores and filing for bankruptcy left and right.

In February, Macy's (NYSE:M), a major mall presence, announced it would be closing 125 of its least profitable stores, but seeing as how the company also got crushed by the pandemic, those numbers could climb in the not-so-distant future. Meanwhile, J. Crew, another shopping mall mainstay, filed for bankruptcy in May, with Neiman Marcus following suit just a few days later. And not shockingly, J.C. Penney (OTC:JCPN.Q) succumbed just days later to COVID-19-induced setbacks, filing for bankruptcy as well. These are just a handful of called-out casualties; the full list is longer.

To be clear, filing for bankruptcy is not synonymous with shutting down. But as these and other shopping mall staples assess their finances, we're likely to see widespread closures in the coming years, if not months.

And it's not just struggling retailers that may be looking to close storefronts. Those that have managed to thrive throughout the pandemic by pivoting to online sales may come to the realization that e-commerce is cheaper than welcoming customers into a physical location. As such, some might close down not due to financial constraints, but as a strategic means of reducing expenditures.

The result? An influx of vacancies that shopping malls may not be able to overcome.

Of course, it's also possible that malls will evolve in the wake of the pandemic, shifting from shopping hubs to entertainment centers. It's easy for consumers to purchase goods online, but the experience of going to a movie, dining at a restaurant, or bowling a strike can't be easily emulated on a computer screen. As such, there is hope for the shopping mall -- but only if such businesses are willing to take up residence there.

Those with money invested in malls --- whether physical buildings or mall REITs -- may need to brace for the fact that these once-glorious shopping epicenters may slowly but surely be on the way out. And while we can blame COVID-19 for their demise, the reality is that malls were already in jeopardy before the pandemic hit home; they just needed something to push them over the edge.

When Will Home Prices Stop Increasing? 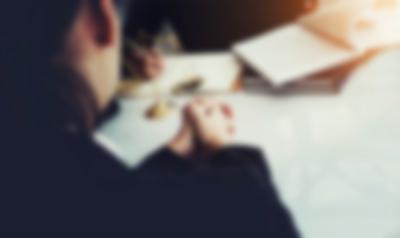