To find investments that might grow for years to come, investors often turn to mid-cap stocks. Mid-caps, stocks that support market caps of between $2 billion and $10 billion, have grown large enough to build credibility while remaining small enough that outsized returns remain possible. Although nobody can promise increases comparable to one-time mid-cap Amazon (NASDAQ:AMZN), BJ's Wholesale (NYSE:BJ), Redfin (NASDAQ:RDFN), and Stitch Fix (NASDAQ:SFIX) could produce significant returns over time. 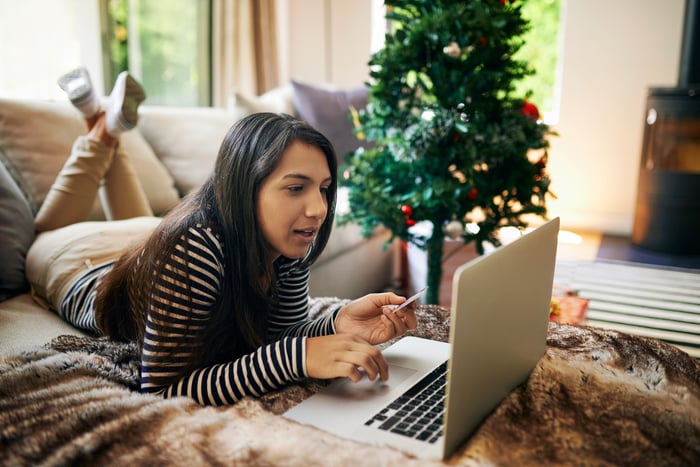 BJ's supports a market cap of about $5.9 billion. It is a warehouse club located primarily on the East Coast. Instead of copying Costco or Walmart's Sam's Club, it takes a hybrid approach between warehouse clubs and grocery stores. BJ's emphasizes fresh foods and offers smaller package sizes than its direct peers.

Currently, it serves about 6 million members in 221 clubs in 17 states. This presents an opportunity for investors. Costco and Walmart enriched shareholders as regional companies that expanded nationwide. Today, BJ's could offer such potential.

BJ's also received a considerable boost as demand for consumer staples rose during the pandemic. Revenue increased 17% year over year, while net income rose 125% over the same period. Operating expenses rose more slowly than revenue. Even though lower interest expenses did not make up for the increase in income taxes, BJ's still earned more than $421 million in 2020.

While that's still a heavy burden, the company's equity, its value after subtracting liabilities from assets, turned positive in 2020, growing to $319 million. Consequently, BJ's stock has risen by almost 80% over the last 12 months. 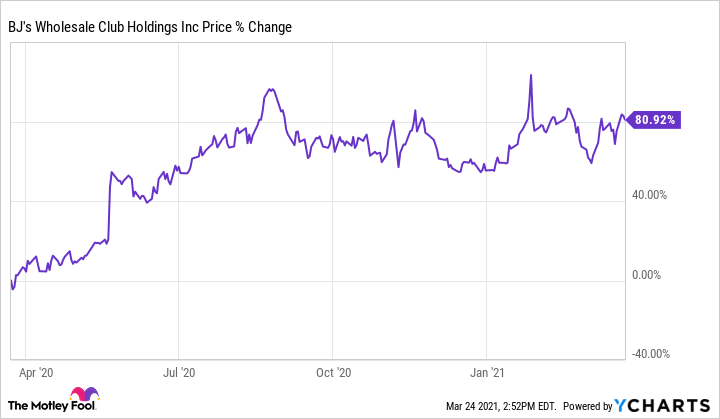 Moreover, with a price-to-earnings (P/E) ratio of 14, it compares well to Costco's P/E of about 35 and Walmart's 28 earnings multiple, making BJ's a relative bargain among large retailers.

The company declined to provide forward guidance. However, with BJ's able to generate the cash flow needed to cut its debt, it has freed investment capital that it can apply to further store expansion and improvements. This should foster a virtuous cycle of higher store counts and larger revenue increases over time.

Redfin promotes a mission of pairing local agents and technology to save homebuyers and sellers thousands in fees. This company, which has a $6.7 billion market cap, stands out by employing realtors directly and using technology to increase efficiency. It also runs its own title company and mortgage broker to ease the transaction.

Redfin then passes on the savings in the form of lower commissions, usually 1% to 1.5% for the client's side of the transactions. For the typical transaction, the buying and selling agents each receive a 3% commission.

This approach continues to attract more interest. Its revenue rose by 14% from year-ago levels. The company cut the growth in the cost of revenue and reduced operating expenses to produce a modest operating profit. Nonetheless, interest costs more than doubled, causing Redfin to lose about $18.5 million in 2020. Still, that represents a dramatic improvement from the $80.8 million loss in 2019.

During 2020, Redfin quadrupled its debt. Like many, it likely wanted to boost cash during the contagion, so it took its reserves up to $925 million, up from around $235 million at the end of 2019. Investors still took to the stock, bidding it higher by about 450% over the last 12 months. 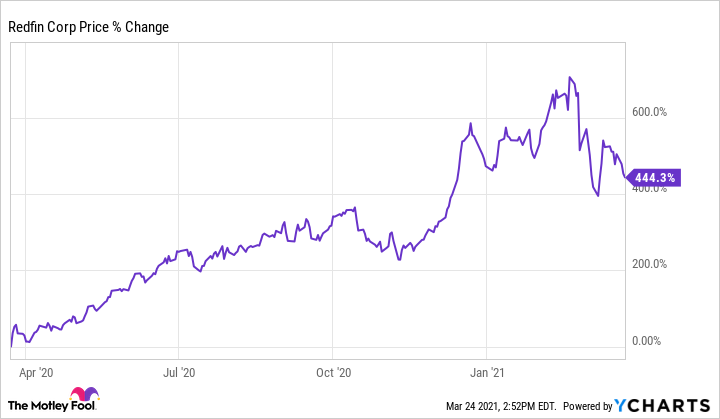 This has taken its price-to-sales (P/S) ratio to about 7.4, up from about 1.9 one year ago. Still, this compares well to real estate site Zillow Group, which sells for about 9.4 times sales. The company expects a year-over-year revenue increase of 30% to 34% in the upcoming quarter. Though one quarter does not constitute a long-term picture, it points to a continuation of the current expansion trend.

Stitch Fix, which has attained a $5 billion market cap, offers consumers a new way to buy clothes. It uses artificial intelligence (AI) to help determine a customer's style and match them with clothing. The company then sends clothes to customers, allowing them to keep what they want and return the rest.

While companies such as Amazon Prime Wardrobe offer a similar service, Stitch Fix also includes the services of a human stylist. Since both the algorithm and a stylist choose clothing based on a customer's preferences, this means shoppers do not have to spend hours in stores looking for specific styles.

Moreover, the company estimates that half of all apparel spending will occur online by 2025. Furthermore, Stitch Fix has built on this trend by working to add a personal touch. This includes more direct communication with a stylist, an added benefit that should enhance the company's competitive advantage over peers such as Amazon.

Also, during its second-quarter 2021 earnings call, management reported a transition to a vendor-managed inventory model. In this model, the vendor maintains the company's inventory at a specific level. This should not only help Stitch Fix manage demand spikes, but also allow the company to focus on expanding offerings.

Though the company reported a negative cash flow of $8.2 million during that period, it carries no debt. Since Stitch Fix holds $140 million in cash, the company has time to right its fiscal ship.

Despite its struggles, the stock is up by almost 260% over the last 12 months. However, it has pulled back by 55% since late January, when it sold off after an analyst downgraded on a belief that investors had stopped buying the stock to close short positions -- bets against Stitch Fix stock.

It fell further in March after management announced a revenue miss caused by shipment delays. Stitch Fix also delayed the launch of direct buying, which would allow customers to choose their own products based on style recommendations, instead of receiving a stylist's selection. 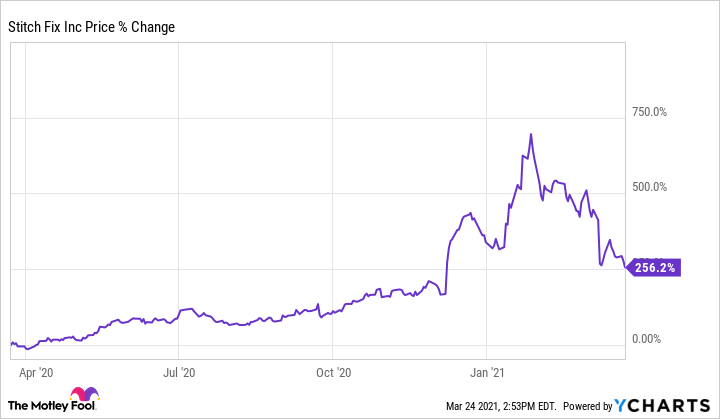 Still, the stock decline took its P/S ratio from almost 6.4 to 2.8, and revenue guidance points to 18% to 20% revenue growth for fiscal 2021. Despite its near-term challenges, the company's improving competitive advantage and increased online apparel sales may bolster the case for staying with Stitch Fix stock.