Looking for a green alternative to Bitcoin? Check out these environmentally friendly coins.

Cryptocurrency receives quite a bit of criticism for its large carbon footprint. The biggest offenders are market leaders Bitcoin (CRYPTO:BTC) and Ethereum (CRYPTO:ETH), both of which consume as much energy as a medium-sized country.

However, not every cryptocurrency is an energy guzzler. Although many digital currencies (especially earlier ones) require substantial computing power, there are also plenty of greener alternatives. One reason is a switch from the original proof-of-work model to the more efficient proof-of-stake model to validate transactions.

If you're interested in investing in eco-friendly cryptocurrencies, here are the top options: 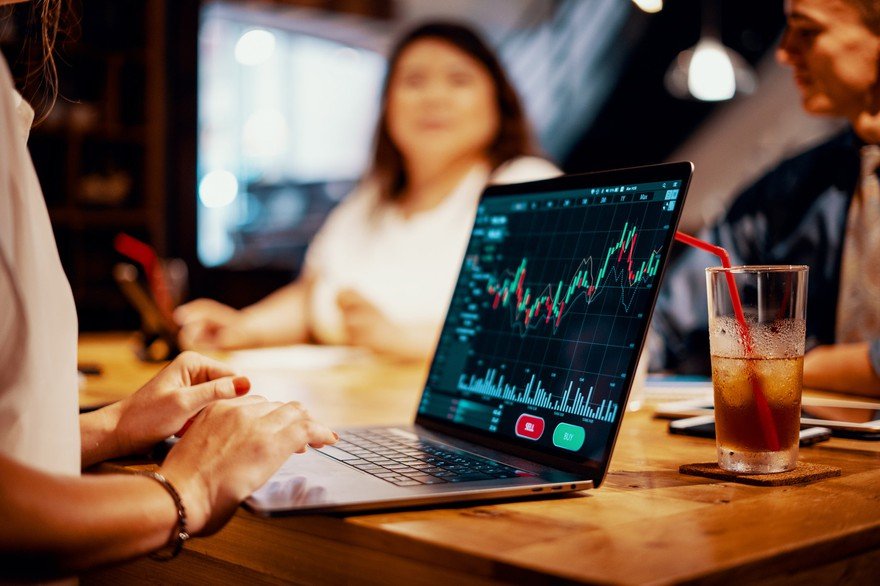 You won't find many cryptocurrencies that have made a bigger commitment to going green than Algorand (CRYPTO:ALGO). On Earth Day 2022, it blacked out almost 20 billboards in Times Square and announced that it's a carbon-negative blockchain.

Algorand is a blockchain platform that can run smart contracts, making it one of many competitors to Ethereum. Its carbon footprint was already small because it uses the proof-of-stake model to validate transactions.

To become carbon-negative, Algorand launched a smart contract that will offset the carbon footprint of every transaction without any action needed on the user's part. It will also use a portion of its network fees to buy carbon credits through ClimateTrade.

One of the most successful cryptocurrency investments of 2021 was Solana (CRYPTO:SOL), a proof-of-stake blockchain with smart contract functionality. In addition to returns of more than 11,000%, it also achieved carbon neutrality for the year.

Solana is most famous for its speed and efficiency. It regularly processes more than 2,000 transactions per second, and it's reportedly capable of handling up to 65,000. The average cost per transaction is only $0.00025.

Like many other environmentally friendly cryptocurrencies, Solana uses a proof-of-stake model. However, it combines that with its own innovation, called proof of history, that records the order of transactions and the amount of time between them. The hybrid protocol helps Solana achieve impressive processing speed.

Cardano (CRYPTO:ADA) is one of the most well-known "green cryptocurrencies." For much of 2021, it was the biggest proof-of-stake cryptocurrency by market cap.

Cardano aims to provide a programmable ecosystem that can address real-world problems. A notable example of how it works in action is its partnership with the Ethiopian government that involves schools storing their students records on the Cardano blockchain.

It uses about the same amount of energy per year as 600 U.S. homes, and, due to its proof-of-stake model, Cardano is highly scalable. Although the project has been around since 2015, it only launched smart contracts in September 2021, so the next big step will be expanding its ecosystem.

You won't find many cryptocurrencies that have made a bigger commitment to going green than Algorand (CRYPTO:ALGO). On Earth Day 2022, it blacked out almost 20 billboards in Times Square and announced that it's a carbon-negative blockchain.

Algorand is a blockchain platform that can run smart contracts, making it one of many competitors to Ethereum. Its carbon footprint was already small because it uses the proof-of-stake model to validate transactions.

To become carbon-negative, Algorand launched a smart contract that will offset the carbon footprint of every transaction without any action needed on the user's part. It will also use a portion of its network fees to buy carbon credits through ClimateTrade.

The biggest issue with Ripple is that it has been embroiled in an SEC lawsuit since the end of 2020. Many top cryptocurrency exchanges don't even offer XRP because of Ripple's legal issues. But proponents are hopeful that once the case is over, XRP's value will increase.

Nano (CRYPTO:XNO) wants to provide a fee-free, sustainable digital money system. Its whole ethos is to make it easy and affordable to use its system.

Unlike other cryptocurrencies, Nano doesn't maintain a chain that records every transaction. Instead, Nano accounts make up a kind of lattice of connected blocks where each user controls their own account. The amount of energy required to run each transaction is so small it can be powered by ordinary computers.

Nano's pared-down, lightweight design makes it fast and eco-friendly. It hasn't had as much success as the other cryptocurrencies on this list, and while that's a concern, it also means Nano could have more room to grow.

Are these coins secure?

It's difficult to know whether more efficient validation methods will come at the cost of overall security. As with many things involving cryptocurrency, a lot of promises have been made, and only time will tell whether they can be fulfilled.

Bitcoin's carbon-intensive proof-of-work model is a key part of its protection against fraud. And since both Bitcoin and Ethereum -- the world's biggest coins -- have used proof of work until now, it's arguably the most tried and tested method. Put simply, proof of work has been proven to work.

However, various experts argue that proof of stake is also pretty secure. Both Cardano and Ethereum have put a lot of effort into stress-testing it, and Ethereum is in the process of switching to a proof-of-stake model. It seems that if a platform is well-established, it would be difficult to control enough of the blockchain to make tricking the system profitable.

While sustainability is certainly important, keep in mind that a low-carbon footprint on its own isn't the only thing to look at when investing in cryptocurrency. For proof of that, just look at Chia (CRYPTO:XCH), an eco-friendly crypto that lost a whopping 97% of its value in less than a year.

There are thousands of eco-friendly cryptocurrencies on the market. Almost any cryptocurrency that doesn't use the proof-of-work model will consume a fraction of the energy.

Energy usage is one factor to look at in cryptocurrency projects. You should also look at a project's goals, what makes it unique, the problems it aims to solve, and the team behind it. And, since cryptocurrency is a notoriously volatile market, be cautious about how much you invest, and be prepared for prices to fluctuate.