Volatile price swings for miners are nothing new. But clearly investors saw something they liked in the earnings that were released on July 27. For example, revenues were up 15% year over year; earnings of $0.10 per share were higher than the second-quarter 2016 figure of $0.07. Those earnings numbers, however, include a $0.02-per-share loss on the extinguishment of debt in the 2017 second quarter, and a gain of around a penny a share in the year-ago period. So the improvement was more material than it might at first seem. 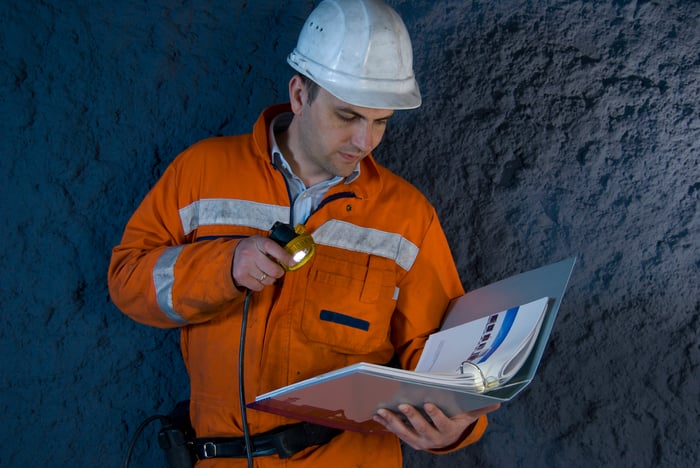 Notably, improvements are also being made on the balance sheet. Long-term debt, for example, has fallen 25% through the first six months of 2017. In addition to this debt reduction, Cliffs announced on the last day of July that it would be selling debt at 5.75%, due in 2025, to redeem debt costing 8.25% with a due date of 2020. This move will lower its interest costs and push out maturity dates, further strengthening the company's debt profile.

Cliffs has also more than halved the shareholder deficit from $1.3 billion at the start of the year to around $666 million at the midpoint. To be fair, that largely stems from the issuance of stock, but taken together with the debt reduction, Cliffs' financial foundation is definitely getting stronger.

The most notable negative in the quarter was general weakness in Cliffs' Asian operations. However, strength in the North American market was more than enough to offset those headwinds and keep the company on track to improve its finances.

Cliffs Natural Resources is working back from a very deep hole. The still-large shareholder deficit is clear indication of both the depth of the hole and the progress that's being made, particularly when you include the company's debt improvement in that picture.

That said, Cliffs hasn't dug itself out just yet. The quarter was just another sign that the iron-ore miner continues to move in the right direction, often making difficult choices to ensure its progress. That is indeed good news.

Why Cliffs Natural Resources Stock Was Up 11.5% in July @themotleyfool #stocks $CLF Next Article
Current