The company's latest quarterly update was less than impressive.

On Thursday, drugmaker Affimed N.V. (AFMD 1.44%) released its earnings report for the fiscal year 2020, which ended on Dec. 31. Investors were not pleased with the company's financial results, however, and its shares fell sharply as a result. Affimed's stock ended the day down by 8.2% after dropping by as much as 12.3% earlier in the trading session.

During the fiscal year 2020, Affimed reported revenue of 28.4 million euros, representing a 32.6% year-over-year increase. On average, analysts were expecting the company's top line to come in at 38.41 million euros. The biotech's bottom-line figure was also a miss.

Affimed recorded a net loss of 41.6 million euros  -- or .50 euros on a per-share basis -- compared to a net loss and a net loss per share of 33 million euros and .50 euros recorded during the previous fiscal year. Analysts were looking for a net loss of .38 euros for Affimed. Given that the biopharmaceutical company badly missed its top- and bottom-line estimates, it isn't surprising that investors ran for the hills following the release of its earnings report. 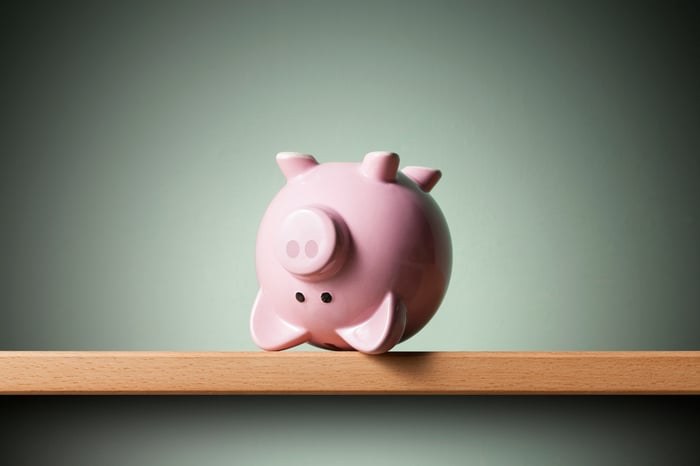 Despite Affimed's poor financial results for fiscal year 2020, investors should focus on the company's clinical programs. And on that front, there's been plenty of good news for the healthcare company in recent weeks. For instance, Affimed reported positive results from a preplanned interim futility analysis of a phase 2 clinical trial for AFM13, a potential treatment for relapsed or refractory CD30-positive peripheral T-cell lymphoma.

Following this win, AFM13 also showed encouraging results in a phase 1 trial in treating patients with Hodgkin's lymphoma. For now, the progress of Affimed's programs probably matters just as much as its financial results, which is why investors shouldn't make much of its fiscal-year 2020 revenue and earnings miss.