Please ensure Javascript is enabled for purposes of website accessibility
Log In Help Join The Motley Fool
Free Article Join Over 1 Million Premium Members And Get More In-Depth Stock Guidance and Research
By Will Ebiefung - May 13, 2021 at 7:00AM

AMC Entertainment and Coinbase are way too expensive for what's on offer.

The short answer is no. Let's dig deeper into why both stocks could burn holes in your portfolio over the long run.

While the U.S. COVID-19 vaccine rollout will encourage more Americans to return to theatres, AMC shareholders are still in big trouble. The company's massive debt load will pressure its bottom line, as potential future cash flow may go to creditors and interest expenses. To make matters worse, AMC is at the losing end of the film industry's transition to streaming. 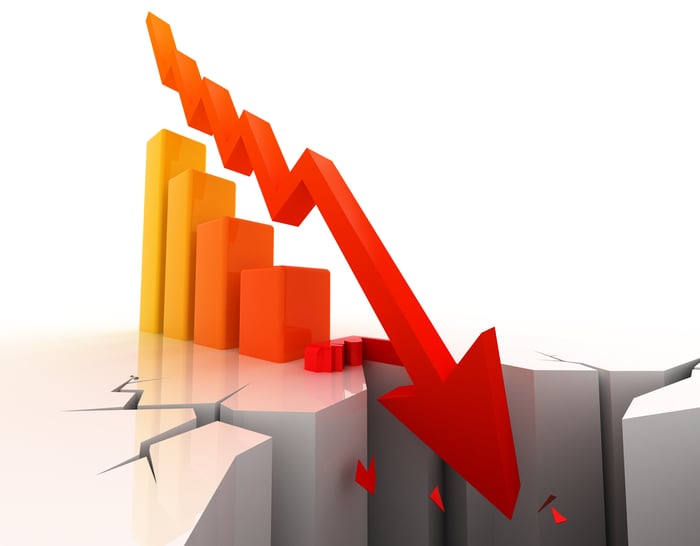 AMC's operations have shown scarce signs of recovery despite the improving pandemic situation in the U.S. First-quarter revenue fell 84% year over year to $148 million, which is not much better than the fourth quarter when sales fell 89% against the prior-year period.

Film studios simply aren't releasing enough highly anticipated films for the time being to bring people back to theaters. And potential blockbusters, such as Eddie Murphey's Coming 2 America, are increasingly resorting to alternative options like video on demand, taking even more potential revenue from theaters. While AMC's CEO Adam Aron expects an "increasingly favorable environment" for moviegoers, the industry's long-term outlook is uncertain as streaming grows in popularity.

AMC recently reported $5.4 billion in corporate debt and $4.9 billion in operating lease liabilities (deferred rent for some of its properties). With just $813 million in cash on its balance sheet and an operating loss of $428 million in the first quarter, stockholders may end up footing this bill in the form of equity dilution, which reduces their claim on future earnings. With a price-to-sales (P/S) multiple of 9.5, AMC stock looks too expensive considering these challenges.

With a valuation of 38 times sales and 70 times forward earnings, Coinbase's April IPO was an excellent way for insiders to cash in on the crypto craze (CEO Brian Armstrong raised $290 million through share sales). But for new investors, Coinbase's risks seem to outweigh its potential rewards. The exchange will also face competition from rivals that boast synergies with more traditional sides of the fintech industry.

Coinbase's revenue grew 139% year over year to $1.28 billion in 2020. But with around 81% of sales coming from retail transactions (fees earned from individuals buying and selling crypto), Coinbase's business model looks extremely risky.

Cryptocurrency is still a speculative asset with limited real-world use-cases for the average person. Most retail investors buy crypto to sell it to someone else for a higher price in the future. And if prices stop rising, that key driver of crypto demand (and Coinbase transaction fees) could dry up. Coinbase could also face challenges from mobile wallets, which can add cryptocurrency support into existing platforms, giving them a competitive advantage in the e-commerce side of the industry.

In March, PayPal launched a crypto checkout service to allow customers to use their cryptocurrency holdings to pay for items. Coinbase's "Coinbase Commerce" payment platform will struggle to match PayPal, which already boasts 377 million users and is widely accepted by businesses.

Bet on fundamentals, not hype

It can be tempting to hop on a meme stock bandwagon, but investors should keep a critical eye on over-hyped stocks to see if their fundamentals line up with their valuations. AMC Entertainment and Coinbase shares look too expensive considering their long-term challenges, and both companies may underperform the market.