Please ensure Javascript is enabled for purposes of website accessibility
Log In Help Join The Motley Fool
Free Article Join Over 1 Million Premium Members And Get More In-Depth Stock Guidance and Research
By Zhiyuan Sun – Sep 11, 2021 at 8:45AM

Coinbase is far from a one-trick pony brokerage.

In the last three months, shares of Coinbase Global (COIN -0.66%) are up nearly 20% after days of consistent sell-off from its overvalued initial public offering. Most of the skepticism surrounding the exchange stems from its overreliance on trading fees. Coinbase is a brokerage platform for buying, selling, and transferring cryptocurrencies and mostly relies on trading commissions for revenue.

Despite tremendous growth, the cryptocurrency brokerage industry is racing to offer the best pricing available for consumers to invest in cryptocurrencies, driving down margins. But luckily, Coinbase realizes this and is diversifying into a field with tremendous potential. So let's look at why the stock is a solid buy for investors. 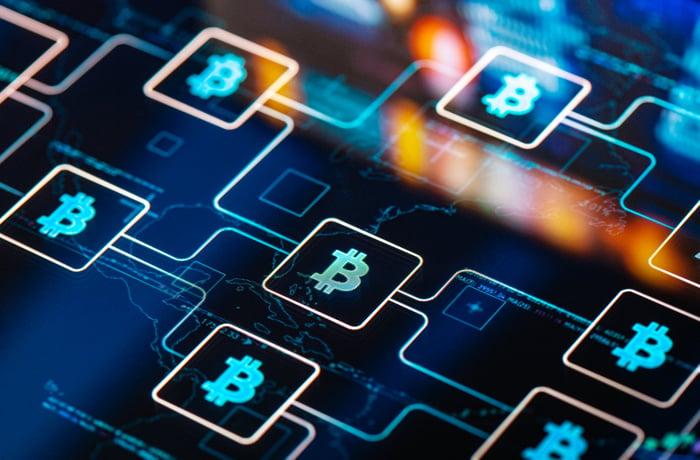 The rise of blockchain analytics

In recent years, malicious ransomware as a service (RaaS) has gained significant momentum, with over 4,000 cyberattacks occurring daily in the U.S. Hackers infect victim's computers with malware, locking them down and demanding ransom in exchange for the "unlocking" service. What's more, hackers' appetites have surged, with demands of millions of dollars in ransom. In May, the hack of a major fuel pipeline disrupted services and forced its operators to ultimately cough up the ransom. Those funds were eventually tracked down.

That brings up the main topic: cryptocurrencies, such as Bitcoin (CRYPTO: BTC), are now the preferred medium of exchange for hackers to demand ransom from victims to unlock their computers. With blockchain analytics, Coinbase can play a vital role in tracking them down. This works by comparing hackers' wallet addresses to that of know-your-customer (KYC) information stored on its database and identifying them to law enforcement. It's a move that can restore trust in the cryptocurrency community.

What's more, the same tactics are now applicable to stop illicit activities. Wallets linked to merchants that sell items like illegal firearms or narcotics can be blacklisted. It can also unveil the identity of criminals doing business with them if they are Coinbase customers. On top of that, since most cryptocurrencies have a public ledger, the company can also trace the flow of funds to and from wallets suspected of engaging in practices like tax evasion. Although small, Coinbase secured a few contracts with government agencies like the IRS and the Secret Service, with additional interest from Immigration and Customs Enforcement.

At the end of the day, keep in mind that Coinbase stock is backed by solid fundamentals, unlike many of the cryptocurrencies themselves. During the second quarter of 2021, revenue and earnings grew by 1,040% and 4,918%, respectively, to $2.033 billion and $1.606 billion. Its financials are rapidly catching up to the company's $56.32 billion market cap. There are now 83 cryptocurrencies traded on Coinbase (the world's 13th largest digital currency exchange by volume), up from 54 in the first half of 2020.

The company has an ambitious goal of convincing over 1 billion people to trade cryptocurrencies, and it has developed a clever way of doing so. Users can watch educational content on its platform and earn cryptocurrency for their time -- something that it could easily rebrand to attract advertisers onto its platforms. Around 2.3 million users were engaged in one of its learning campaigns during Q2.

What's more, its newest venture involves taking a step toward cryptocurrency borrowing and lending, which has evolved into a multibillion-dollar industry. Using this setup, investors pledge their tokens to take out a low-interest asset loan to cover their expenses while their principal continues to compound.

Overall, Coinbase is evolving rapidly, just like cryptocurrencies themselves. I'd expect its new ventures, especially blockchain analytics, to more than make up for its growth shortfalls should trading volume decline. That makes it a top cryptocurrency stock to check out now.