By steadily pumping money into these three stocks, you may be on your way to retiring with a million dollars or more.

The notion of an idyllic retirement isn't as far-fetched as you may believe. The key is to devise a financial plan and start deploying your money into promising investments as early as you can. By having a disciplined investment plan and a long time horizon, compounding will work wonders and help you to multiply your capital.

The key to being successful in this endeavor is to select great companies to own for the long term. As these businesses report higher revenue, profit, and cash flow, their share prices should rise in tandem. Patience and consistent allocation of capital to such winners can slowly but surely help you build up that coveted nest egg.

Here are three stocks that can accelerate your journey to becoming a millionaire retiree. 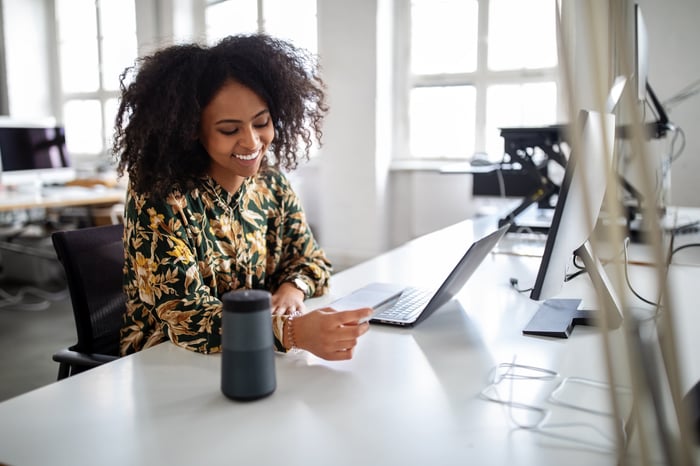 Adobe (ADBE -0.29%) is thriving in a world where the pandemic has accelerated digital usage. The company's suite of cloud computing services, such as Document Cloud and Creative Cloud, aids business efficiency and has benefited from the stay-at-home trend. Adobe's subscription-based model has served it well over the years, helping the company to more than double its revenue from $5.9 billion to $12.9 billion from 2016 to 2020. Over the same period, net income has more than quadrupled, from $1.2 billion to $5.3 billion.

This impressive growth has continued unabated this year, as Adobe has reported year-over-year increases of 24.5% and 15.7% in revenue and net income, respectively, for the first half of 2021. During the quarter, the company also continued to improve the speed and performance of its products' features, and it bagged contracts with large customers including Nike (NKE 1.72%) and Microsoft (MSFT -0.26%).

Just this month, Adobe announced the integration of secure payment services into its platforms. In partnership with PayPal Holdings (PYPL 0.20%), Adobe will have the services in place by the end of this year. Acquisitions will also help the company improve its suite of offerings, such as last month's purchase of Frame.io, a cloud-based video collaboration platform. Incorporating Frame.io's capabilities into Adobe's creative software helps improve the video editing process for customers, adding to the company's overall value proposition.

If you're looking for an energy boost while working or studying, Monster Beverage's (MNST 0.02%) offers a variety of energy drinks. The company has enjoyed steady growth over the years by expanding into new regions and widening its range of brands and products. From 2016 to 2020, net sales increased from $3 billion to $4.6 billion, while net income nearly doubled from $712.7 million to $1.4 billion.

The company's run has continued into this year, with net sales for the first six months of 2021 rising by 25.5% year over year to $2.7 billion. Net income rose by 21.8% year over year to $719 million. What made this rise all the more impressive is that it came amid an aluminum-can shortage that's creating a bottleneck. Global port congestion is delaying the arrival of much-needed supply that may weigh on Monster's results in the short term, but demand remains robust for the company's products.

CEO Rodney Sacks mentioned during the company's recent earnings call that new products continued to be launched around the world despite the pandemic. The Monster Energy portfolio took on new additions, and more launches are planned for the rest of this year in the affordable energy drink category. These releases should help the company sustain its revenue and earnings momentum for the foreseeable future.

In e-commerce, MercadoLibre (MELI 0.11%) has been knocking it out of the park with its rapid expansion in Latin America. The company, which runs an extensive e-commerce, logistics, and payment platform, has grown by leaps and bounds and looks set to continue the momentum.

From 2016 to 2020, MercadoLibre's revenue grew more than fourfold, from $844 million to $3.9 billion, while gross profit more than tripled to $1.7 billion. The pandemic accelerated the company's growth, as more Latin Americans hopped got online and began using digital services. During the second quarter of 2021, the number of unique active users leapt from 51.5 million in the prior year to 75.9 million, while gross merchandise volume surged by 39.2% year over year to $7 billion, and gross payment volume rose 56.3% from last year to $17.5 billion.

Signs are pointing to continued growth for MercadoLibre as it works on strengthening its platform to maintain its lead over its competitors. Last month, it acquired Kangu, a Latin American logistics operator, helping improve operational efficiency and boosting its logistics network. The company also partnered with venture capital fund Kaszek for the creation of a special purpose acquisition company (SPAC) that will list on the Nasdaq to invest in digital businesses within the region.