Bored of major cryptocurrencies? Considering adding these one-of-a-kind altcoins to your blockchain portfolio.

Alternative cryptocurrencies born from Bitcoin's (CRYPTO: BTC) success have always been popular choices among crypto investors. Indeed, over the past year, the altcoin market cap has almost increased tenfold, growing to $1.25 trillion.

But with more than 12,350 tracked/listed altcoins out there, it can be difficult to find the diamonds in the rough. So let's look at how these two promising cryptos can add wealth to investors' portfolios. 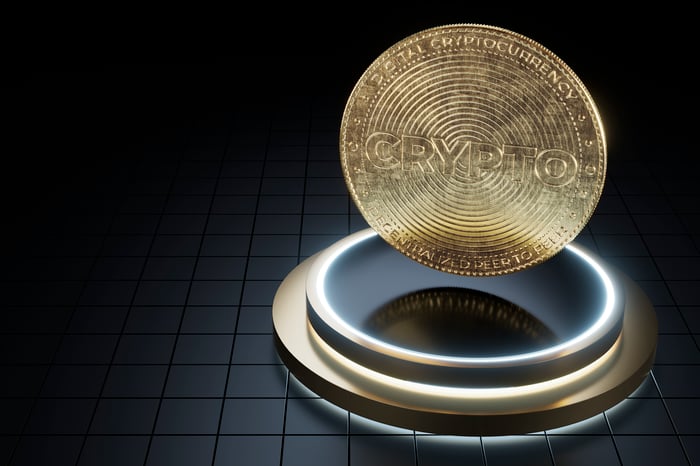 Theta is a next-generation blockchain video-streaming network launched in March 2019. The project's advisors include YouTube co-founder Steve Chen and Twitch co-founder Justin Kan. The idea isn't so different from content delivery networks like Fastly, which power websites like The New York Times, Reddit, and more. However, instead of using central servers to do the job, Theta is a peer-to-peer protocol that enables viewers themselves to stream content for others while earning money.

Here's how it works. First, users watch videos on Theta.tv or those powered by the Theta network and earn Theta Fuel (CRYPTO: TFUEL) as rewards. Then, while they are watching, the network automatically harvests excess bandwidth from viewers' devices and reallocates it to other viewers so they can watch the videos as well. Meanwhile, content creators also earn Theta Fuel for streaming on Theta.tv. The Theta (THETA 2.66%) token, on the other hand, is used for governance, like voting on proposed protocol changes.

Major partners on the site include the World Poker Tour, which hosts a 24/7 live broadcast powered by Theta. Before the great crypto sell-off in May, 1.5 million users visited the platform every month. That number is now down to about 477,000.

But now is a good time to buy the dip. Next year, Theta developers plan to denominate its videos into non-fungible tokens and expand the network's utility into decentralized cloud data storage. To do this, it plans to issue another token called TDROP. Overall, I would consider Theta, Theta Fuel (by the way, you don't have to watch the videos to invest in TFUEL), and TDROP all to be enticing investments against the backdrop of an innovative platform. Theta and Theta Fuel have returned 853% and 3,059%, respectively, in the past year alone.

Speaking of decentralized cloud data storage, that's exactly what Filecoin (FIL 1.64%) and its platform were designed to do. In many ways, it is similar to Alphabet's Google Cloud. But again, instead of having a central server database, users pledge their own storage space from electronic devices on the Filecoin peer-to-peer network and charge "rent" for their use.

The total storage capacity of the network is 12 exbibytes, or 13.84 billion gigabytes. That's roughly equivalent to the entire storage space provided by Google Cloud circa 2015.

The end result is a global file storage system where anyone can buy and sell data space. It's especially in demand by companies who need storage space for their customer's information, or blockchain developers who store analytics. Filecoin is the native currency of the marketplace. Over the past year, Filecoin has rallied by a stunning 258% and now possesses a market cap of around $8 billion.

But don't get too excited about its prospect. Right now, the supply/demand dynamics aren't matching up. Even though the Filecoin network has facilitated over 1 million storage deals, it only has a few hundred clients. What's more, total network utilization stands at a mere 0.0286 exbibytes. So there's a lot of people who made their cloud storage data available but not a lot of people are using it. A great deal of "catch-up" is therefore required. It's an innovative high-risk, high-reward coin that's not for the faint of heart.

Missed Out on Bitcoin? Buy This Cryptocurrency Now

The Difference Between Crypto Coins and Tokens

Why Theta Token Is Rising Today

Why Theta Token Was on Fire This Week, While Theta Fuel Couldn't Ignite

Why the Price of Theta Is Surging Today
357%