The Main Street Electrical Parade is now history at Disney's Magic Kingdom. Disney is closing rides and attractions at a time when it should be going the other way.

An iconic nighttime parade made its last run through the world's most visited theme park last night. The Main Street Electrical Parade at Disney's (DIS 3.69%) Magic Kingdom gave guests one last chance to check out the attraction that made its debut at Disneyland in 1972, coming over to Florida five years later. It has come and gone a few times along the way, but this looks like the end. The plan seems to be for the parade to return in 2021 when the Magic Kingdom turns 50, but a lot can happen between now and then.

The move was announced two months ago. Disney knows that it would raise groans, but the theme park giant is smart enough to try to milk extra late summer and early fall visits out of nostalgic regulars looking to check out the illuminated procession one last time. It even live-streamed a late August performance, as the media giant once again tries to set itself up as a content distribution platform.

The Main Street Electrical Parade will now be shipped to its original home in California where it will begin a limited-time engagement. There is still no word on an official replacement, but a replacement should come before attendance spikes again during the potent holiday travel season. 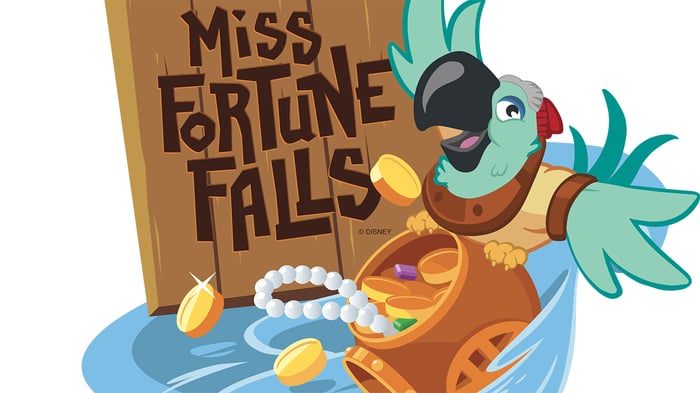 Shark Reef let guests strap on snorkeling gear for a brief experience through chilly waters where a wide variety of fish and harmless nurse sharks dwell. It's a distinctive adventure, but at least the park has a replacement in the works that will open soon. The park plans to open a new attraction next year. Miss Fortune Falls will be a family-style raft ride. Disney knows it has to keep up. Its fiercest competitor -- Comcast's (CMCSA 1.18%) Universal Orlando -- is opening the Volcano Bay waterpark on its resort next summer. Comcast is closing the attendance gap with Disney for its landlubber theme parks in recent years, and having an on-site water park will help it provide a more complete vacation experience.

Competing against Comcast will be more challenging in the next couple of years. Disney has shuttered several rides and attractions at Disney's Hollywood Studios to pave the way for Toy Story and Star Wars expansions that won't open for a few years. Outside of an Avatar-themed land that will debut at Animal Kingdom next year, there are no major additions for Disney's four theme parks that will open in the next two years. Comcast, on the other hand, has new rides slated for Universal Studios Florida in 2017 and 2018.

Nixing a popular-though-aging parade can be remedied with a superior procession that will be relished by the next generation of parkgoers. Closing down Shark Reef is an odd decision as it was a unique experience that set itself apart from the compact yet attractions-packed water park that Comcast is building, but it's also not a back breaker.

Disney just needs to innovate faster than it's presently doing. Theme park attendance in Florida has been a challenge for Disney, down through the first half of the calendar year. That's rare for the world's largest theme park operator, and the decision to dramatically boost its one-day ticket and annual pass pricing as it closes attractions appears to be a tactical blunder. The value proposition needs a boost. The Main Street Electrical Parade is gone, and Disney World needs a new way to bring back the power.