If you're an ambitious tech company and you lose a long-serving top manager, you could do worse than to replace that person with a veteran Apple (NASDAQ:AAPL) executive. That's exactly what happened to enterprise cloud storage specialist Box (NYSE:BOX) last week, with its share price getting a nice little bump on the news.

The departing executive was its chief operating officer, Dan Levin, who is vacating the post to move on to his "next chapter," which was not specified. Levin has been with Box for seven years, which is quite a big number in Box time (the company was founded in 2005, and had its IPO in 2015). He will remain an employee until Sept. 30 and continue to occupy his seat on the board of directors. 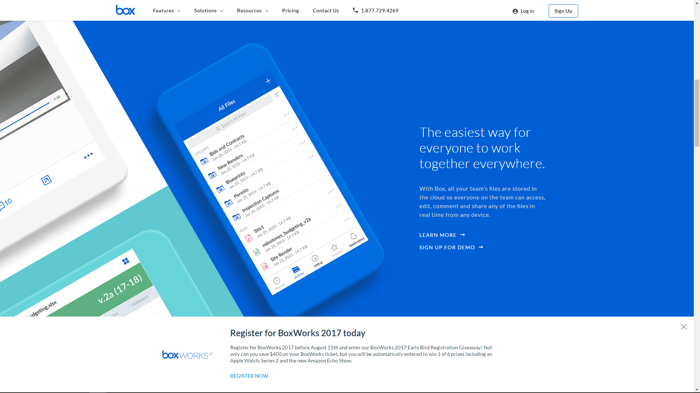 His replacement is Stephanie Carullo, an Australia native who has put in time at several famous names in Big Tech. Most notably, she was vice president of U.S. education sales at Apple, a position she held from 2011 to 2015 before a brief spell in the executive ranks of food company Hampton Creek and worked as an advisor to several privately held companies.

Prior to her time at Apple, Carullo was a vice president at two different segments of sprawling Cisco Systems and a top manager at Australian telecom Telstra. She began her career at IBM Australia, where she worked from 1990 to 2004 in a variety of roles.

For her labors at Box, Carullo will receive a base salary of $370,000 per year. She will also be eligible for bonuses and stock options.

Much will be expected of her in the job. In a company blog post, Box CEO and co-founder Aaron Levie said that her experience "makes her perfectly suited to help drive Box's growth from the over $500 [million] in expected sales this year to over a billion in revenue and beyond in the coming years."

Levie's ambitions to become a $1 billion company, while lofty, are within the realm of possibility. Box has grown fast, from less than $60 million in revenue in fiscal 2013 to nearly $400 million in 2017.

The company's most recently reported quarter showed encouraging results, including a 30% year-over-year increase in revenue (to $117 million), on billings that rose by 31%. Meanwhile, it managed to narrow its adjusted net loss and flip its free cash flow figure into the black during the period.

If Box does grow to $1 billion, it'll have an experienced hand in the COO role given that Cisco and Apple were monsters during Carullo's tenures there (and still are, obviously). This hire looks like a sharp, forward-thinking decision from that point of view. Investors should also be pleased that Box was able to not only find a suitable replacement for Levin but one with a pedigree that includes some of the top names in the tech industry.

Box Loses One of Its Top Managers, but Gains a Former Apple Exec @themotleyfool #stocks $BOX $AAPL Next Article
Current