The company beat analyst estimates across the board, and it managed to produce positive free cash flow.

Shares of enterprise cloud-storage company Box (BOX -2.47%) jumped on Thursday after a solid first-quarter report. Box beat analyst estimates for both revenue and earnings, produced positive free cash flow, and provided guidance that was in line with expectations. The stock closed up about 9.5%.

Box reported first-quarter revenue of $117.2 million, up 30% year over year and about $2 million higher than the average analyst estimate. Billings rose 31%, to $100 million, and the company claimed 74,000 paying customers worldwide. Notable customer additions and expansions during the quarter include McDonald's, the State of Nevada, and the United States Forest Service. 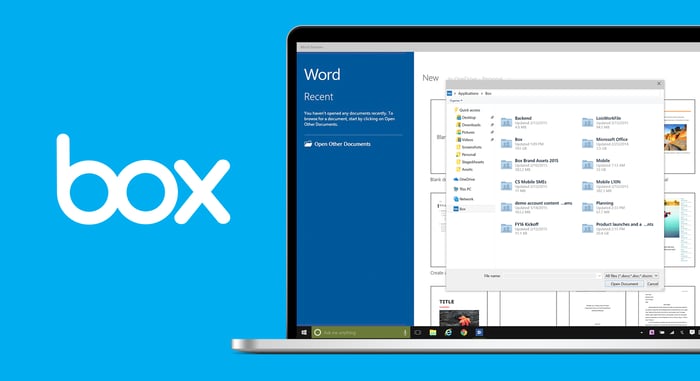 Non-GAAP earnings came in at a loss of $0.13 per share, an improvement over the $0.18 loss per share during the prior-year period. Analysts were expecting a loss of $0.14 per share.

Box CFO Dylan Smith reiterated the company's $1 billion revenue target: "Our strong revenue and billings growth, in combination with generating positive free cash flow, demonstrates our competitive differentiation and the strength of our business model. With our leadership position in cloud content management, loyalty of our install base, and roadmap for continued innovation, we are well positioned to achieve our $1 billion revenue target."

Box expects to produce revenue between $121 million and $122 million during the second quarter, along with a non-GAAP loss between $0.12 per share and $0.13 per share. Both ranges are in-line with analyst expectations.

Box is still unprofitable on both a GAAP and non-GAAP basis, but positive free cash flow and better-than-expected revenue growth was enough for investors to push up the stock.