The bank also said it plans to start trading on the NASDAQ in mid-October.

Eastern Bankshares raised $1.8 billion in its subscription offering and plans to start trading on the NASDAQ under the ticker EBC in mid-October, the bank said in a regulatory filing.

Because Eastern operates under the unique corporate structure of a mutual savings bank, it's depositors technically own the bank.

That means they get to participate in the subscription offering, which gives eligible depositors, employees, officers, trustees, directors, and corporators of Eastern Bank and its subsidiaries first dibs to purchase shares at $10 per share. 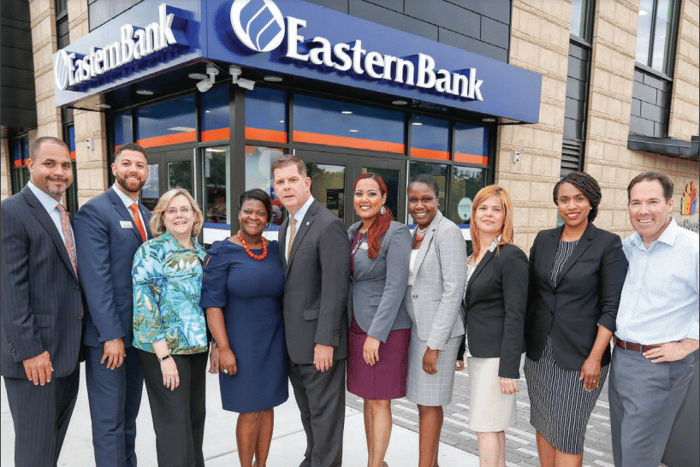 The Eastern Bank employee stock-ownership plan purchased 8% of the shares in the subscription offering.

The offering was not oversubscribed like many other mutual conversions. However, Eastern is raising a lot more money -- billions instead of hundreds of millions -- than most other mutual banks that have gone public.

Additionally, $1.8 billion still puts the bank over the maximum number of shares being offered, although the bank could have adjusted that number to raise more than $2 billion in the offering .

Eastern is one of the few banks to leap into the public markets at a time when bank stocks across the board are struggling due to economic uncertainty brought on by the coronavirus pandemic.

The bank has said that one of its goal with the proceeds is "to pursue strategic growth opportunities primarily by acquiring other banking and insurance agency businesses as opportunities arise."

So, the bank may be trying to raise proceeds now so it has the ability to pounce on an opportunity while banks are trading at lower valuations.