Please ensure Javascript is enabled for purposes of website accessibility
Log In Help Join The Motley Fool
Free Article Join Over 1 Million Premium Members And Get More In-Depth Stock Guidance and Research
By Reuben Gregg Brewer – Oct 2, 2020 at 9:45AM

Clean energy advocates say that carbon-based fuels are dead, but don't jump on that bandwagon before listening to the other side of the story.

Giant North American midstream operator Enterprise Products Partners (EPD 1.31%) has felt the pinch of falling energy prices. Although that's been driven by the economic shutdowns used to slow the global spread of the coronavirus, it also has some energy-industry players, and clean energy advocates, suggesting that the end is nigh for oil.

But that may not happen quite as soon as some people think. Here's Enterprise Products Partners' take on the issue, which suggests oil's death is greatly exaggerated.

In early 2020 a key U.S. oil price fell below zero. There were some very specific technical reasons for that frightening drop, but for a moment energy companies were basically paying customers to take oil off their hands. The bigger-picture issue, and the reason why oil prices still remain moribund today, is that COVID-19 has led to a significant drop in demand. That's pushed the supply/demand equation in the energy sector way out of balance, with unused oil and natural gas piling up in storage. Until all of that stored material is worked off, oil prices will likely remain weak. In fact, energy prices are so low today that drillers are having a hard time remaining profitable. Many, particularly in the U.S. onshore space, have fallen into bankruptcy, including one-time giants like Chesapeake Energy. 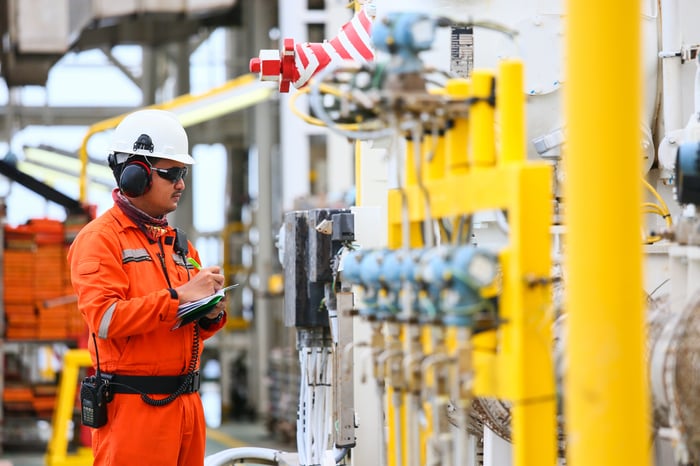 There's no question it is bad in the energy patch today. And as this is going on, clean energy options continue to expand -- so much so that integrated energy giants are increasingly pushing into the space as a way to ensure their long-term survival. The oil market is so troubled today that BP recently came out and said that demand may have peaked in 2019. That company cut its dividend in half, and laid out plans for a huge clean energy shift.

There's no question that carbon-based fuels are being displaced by cleaner alternatives. However, BP's reaction may be extreme, especially when you look at historic energy transitions. For example, ExxonMobil notes that it took 100 years for oil to displace coal as the world's most important energy source. That suggests that the current transition is still in the early stages, and that oil and natural gas still have a long way to go before they are pushed out of the system, despite all of the calls for a green future.

That's why it's important to take a look at Enterprise Product Partners' view of the situation. This midstream master limited partnership owns the infrastructure that helps move oil and natural gas (and the products they get turned into). It largely collects fees for the use of its assets, so energy prices are less important to the partnership than demand. On that score, Enterprise thinks the world will be forced to adopt an "all of the above" strategy if it wants to meet its future energy needs.

The core of the story here is economic development. The partnership highlights the United Nations Development Programme's Human Development Index (HDI), which essentially tries to put a single number on the health, education, and income advances countries are making. Basically, it asks if are countries moving up the socioeconomic ladder or down. The answer has been, overall, a very resounding up. In 1990, 62% of the world fell into the low HDI basket. By 2018 that number had declined to 12%. On the other side of the equation, the percent in the two highest HDI categories increased from 23% to 58%. Higher categories tend to use more energy than lower ones. 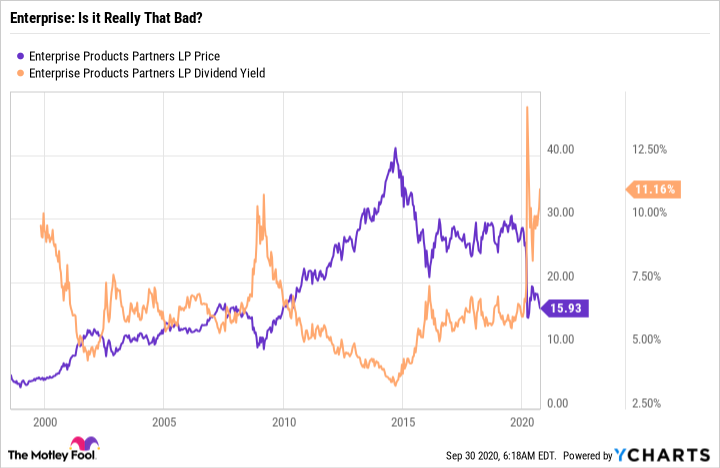 At the same time, the world's population increased by roughly 40%. A key piece of this is the fact that average life expectancy rose from about 41 to 80 for counties that went from low HDI to high HDI. No wonder there's more energy being used! These positive trends, meanwhile, aren't likely to stop, and energy plays a vital role in improving socioeconomic situations. To put a number on that, the United States had an HDI of 0.92 in 2018, while up-and-coming giants China and India were at 0.76 and 0.65, respectively. With about half of the world's population located in Asia, it looks like there's still some growth ahead in energy demand.

In fact, there's so much demand likely that the world won't be able to simply give up on any single energy option, leading to an all-of-the-above approach. Even coal is expected to remain a sizable part of the energy mix in 2050, according to Enterprise Products Partners. To be fair, coal's role will be declining, but it will still be needed. Oil and natural gas, meanwhile, are likely to hold up much better, with natural gas specifically getting used as a cleaner alternative to coal. At the same time, renewable power will see material growth in demand.

In other words, the shift toward clean power is very real, but as Enterprise and many others see things, the next 30 years or so won't lead to the end of oil and natural gas (or even coal). And if demand remains, Enterprise Products Partners and others in the energy industry still have solid futures ahead. Backing that up further is the fact that the best places to put wind and solar farms aren't located in the fast-rising Asian region, suggesting that other alternatives will be needed in those areas, a list that's likely to include carbon-based options.

The future is hard to predict

The correct answer is likely to fall somewhere in between. But the dire outcome that some appear to have priced into energy stocks, like that of Enterprise Products Partners, may be overdoing things a bit. With an 11% distribution yield, at the high end of the partnership's historical range, investors willing to bet that oil is far from dead may want to take a closer look at Enterprise. Sure, things are bad today thanks to COVID-19, but once the pandemic is under control investors may realize that they are being overly negative about the energy industry's long-term future.

4 Charts Showcasing Why This 7.6%-Yielding Dividend Should Keep Rising
351%