Shares of Eiger BioPharmaceuticals (EIGR -0.66%) were skyrocketing 19% higher as of 3:10 p.m. EDT on Thursday. The big jump came after the company announced positive results from an investigator-sponsored clinical study evaluating peginterferon lambda (Lambda) in treating COVID-19 in an outpatient setting. 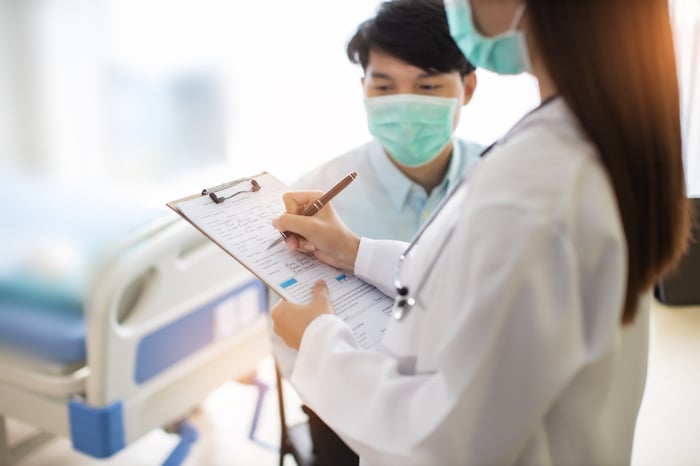 While Lambda is at the center of attention right now, another of Eiger's pipeline candidates could soon be in the limelight. Eiger expects an FDA approval decision for Zokinvy in treating progeria and progeroid laminopathies, rare genetic disorders that cause accelerated aging, by Nov. 20, 2020.

2 Speculative Biotechs That Could Be Well Worth the Risk