Antitrust regulators at the Federal Trade Commission (FTC), along with almost every state attorney general, filed lawsuits against Facebook (NASDAQ:FB) this month alleging it is a monopoly and seeking to break up the social network.

Yet Facebook tried to head off the legal showdown by offering to license its code and its members' connections to another company or developer to create their own platforms to compete against it.

As the subsequent lawsuits make clear, the offer was too little, too late. 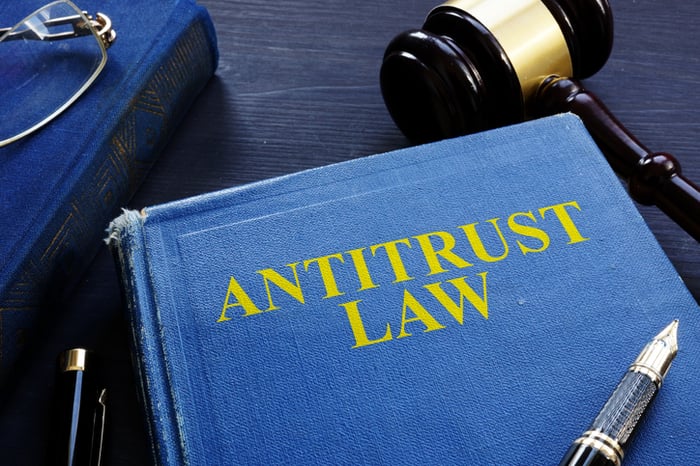 The lawsuits primarily stem from Facebook's acquisition of Instagram in 2012 and WhatsApp in 2014, purchases the FTC itself approved of at the time. The social network was able to turn them into juggernauts in their respective spaces, a success the lawsuits are now using against it.

But The Washington Post reports Facebook maintains that the lawsuits are misguided since the internet is highly competitive. It says the suits amount to "revisionist history" considering the significant competitive pressure applied from the likes of Amazon's (NASDAQ:GOOG)(NASDAQ:GOOGL) Google, Snap, TikTok, and Twitter.

Yet as Facebook has squelched user ability to freely express opinions on the site by either blocking content or putting warning labels on posts with which it disagrees, other social networking sites with a greater laissez-faire attitude toward regulating speech such as Gab, MeWe, and Parler have sprung up in response.

The advent of those new sites suggests Facebook's code isn't the problem, but rather Facebook's willingness to acquire the competition to squash it.

Facebook is also moving forward with its plan to integrate its disparate services to allow users to interact with one another across the platforms, a move that might make it more difficult to break up the tech giant, but also one that could prove the antitrust regulators point, too.