Shares of Churchill Capital IV (NYSE:CCIV.U) have surged this week as rumors swirled that the special purpose acquisition company (SPAC) is in talks to merge with luxury electric vehicle (EV) maker Lucid Motors.

Today, shares jumped another 18% as more evidence emerged suggesting the rumors are true.

The Lucid Motors website is now listing job vacancies including director of investing relations, SEC reporting manager, and analyst, investor relations. While no company announcement has been made, the job postings suggest Lucid Motors is closer to plans for becoming a public company. 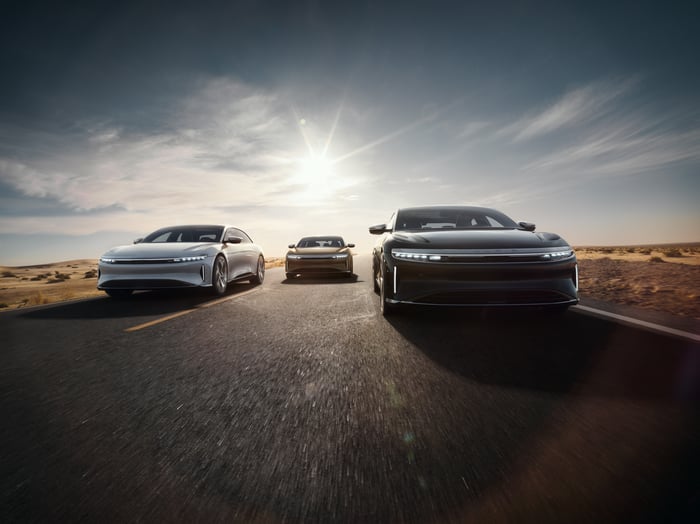 Production for the initial Air sedan model is estimated to begin this year with the $161,500 Air Dream Edition. Future models will include the base level Air Pure listed at $69,900. Lucid is also hinting at a future SUV model with images on its website, though no details have been released.

Based on the reaction to rumors of the merger, investors appear to be excited at the prospect of investing in a public Lucid Motors.