Shares of the movie theater operator gained on stimulus news and as investors saw an example in GameStop.

Shares of AMC Entertainment (AMC 2.95%) were gaining on Friday even though there was no company-specific news on the world's largest movie theater company. Instead, shares seemed to gain on President-elect Joe Biden's relief package announcement last night. It's also possible some investors see parallels between AMC and GameStop (GME 11.54%), which has surged in recent days. 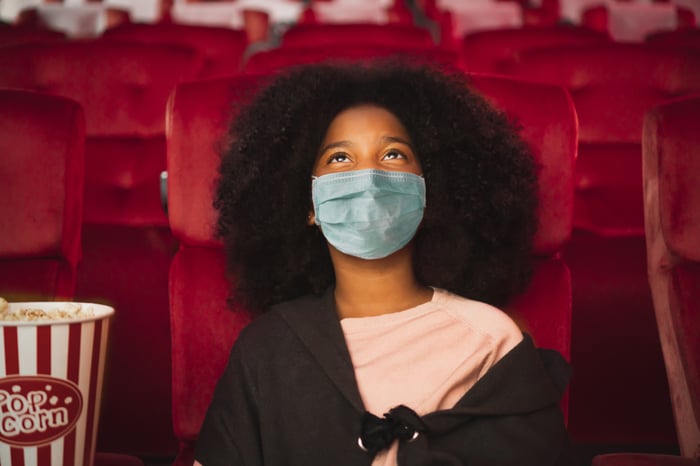 Last night, the President-elect proposed a $1.9 trillion coronavirus relief package that included direct payments of $1,400, enhanced unemployment checks, relief for state and local governments, and money for vaccine production and distribution. However, there was relatively little in the package focused on big businesses. It's unclear if there's anything that would specifically help AMC. While increased consumer spending would favor the movie theater operator, the more immediate problem for the company is bringing the pandemic under control, which seems unlikely to happen soon.

On Twitter, there was also chatter among investors who saw similarities between AMC and video game retailer GameStop, shares of which doubled earlier this week after the company said e-commerce sales quadrupled during the holidays and it added three new directors with experience in e-commerce and technology. GameStop has been a popular turnaround play for several months now after Chewy co-founder Ryan Cohen invested in the business.

While GameStop and AMC are both heavily shorted entertainment stocks, the similarities mostly end there. Video games have thrived during the crisis, as has video streaming, but that's only bad news for AMC, whose assets are tied up in movie theaters. It can't transition to video streaming the way GameStop can move to e-commerce.

Additionally, AMC management has warned multiple times that it's on the brink of bankruptcy. That risk only increases the longer the pandemic endures. Management told CNBC last week that the company would need to raise more than $550 million this year to stay afloat, and that's after several rounds of share dilution and debt raises already. Even if the company manages to avoid bankruptcy, the entertainment stock is not going to be worth much, considering the dilution and additional interest payments investors will face.