Please ensure Javascript is enabled for purposes of website accessibility
Log In Help Join The Motley Fool
Free Article Join Over 1 Million Premium Members And Get More In-Depth Stock Guidance and Research
By Jamal Carnette, CFA - Jan 16, 2021 at 6:04AM

WhatsApp's competitors are taking advantage of a rare misstep.

Privacy-focused messaging app Telegram continues its torrid streak of user growth. On Tuesday, founder Pavel Durov announced the service had grown to more than 500 million active users. That's an impressive total, but the acceleration in its growth has been particularly noteworthy: In the 72 hour-period before Tuesday's announcement, the service added 8.3 million daily users versus 1.5 million daily adds in the prior year.

Telegram still significantly trails Facebook's (FB 0.71%) WhatsApp, which boasts 2 billion users, but the upstart is slowly chipping away at that lead. Although Telegram was founded nearly eight years ago, 25% of its user growth has occurred in the last nine months.

The company can thank a WhatsApp misstep for the most recent growth explosion. In the short run, this is bad news for WhatsApp but Facebook investors shouldn't worry... yet. 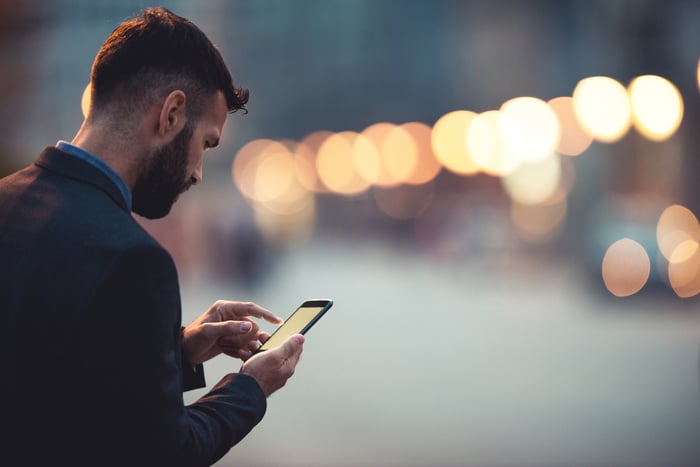 WhatsApp has always been an odd fit in the Facebook family as it initially existed as a privacy-focused subscription-based service that charged users $1 per year, while Facebook has always supported an ad-based monetization model.

After the technology giant purchased WhatsApp in 2014 for $19 billion, its founder, Jan Koum, sought to assure users the service's commitment to privacy wouldn't change, but many remained skeptical privacy could coexist with Facebook's data collection efforts. Since then, Facebook has killed the $1 annual fee, but also chipped away at the level of user privacy WhatsApp offered, leading to Koum's eventual departure in 2018.

This month, Facebook ripped the bandage off and announced it was changing WhatsApp's terms of service effective Feb. 8. To continue using the service, users will have to agree to share identification data like profile name, IP address, phone number and contacts, and app logs with other Facebook entities.

Facebook shareholders have little to worry about in the short run. Many users were introduced to WhatsApp through other Facebook apps and use it for its convenience, not necessarily for its privacy focus. Switching costs are low in the universe of messaging apps, which is a double-edged sword -- users have recently flocked to other apps like Telegram and Signal, but could return to WhatsApp if it remains popular among their friends and colleagues.

In exchange for the short-term outrage, Facebook is now able to increase the monetization of the service. Facebook likely performed a review of user loss versus the value of data collection and determined this is a favorable trade-off. Furthermore, any revenue effects will be minimal in the short-run as WhatsApp is still early in its monetization cycle and has little to do with the company's top line. My colleague Jeremy Bowman argues Facebook is well-primed for top-line growth as digital advertising recovers from its pandemic-pressured lows, and I agree with this thesis.

There's an argument that an increased focus on privacy might mean Facebook overpaid for WhatsApp, but the acquisition was mostly paid for with Facebook stock that has been well-supported by growth in its eponymous social media site and Instagram. Despite the expensive price tag, this isn't a significant concern.

The biggest risk remains hypothetical for now -- that a more pronounced shift in consumers' desire for privacy could impact Facebook's business model. If consumers are becoming increasingly cognizant of how their data is being used and shared, Facebook will be in their cross-hairs. Facebook is aware of this: Apple has been on a privacy-focused campaign in recent years, which has resulted in growing acrimony between Apple CEO Tim Cook and Mark Zuckerberg. It's a nascent risk at this point, but one that investors should keep an eye on.