Big moves for many individual stocks continued to show the impact of short-term trading on the market.

As we've seen a lot recently, plenty of stocks moved on very little news. However, we're in the middle of earnings season, and that's driving performance for many companies, including General Electric (GE -1.57%) on Tuesday. Meanwhile, deal-making is also a potential catalyst for gains, and Twitter (TWTR -3.84%) made an announcement that has some investors excited about the social media company's future.

Making the best of a tough year

Shares of General Electric were up 4% on Tuesday morning. The company's fourth-quarter financial report reminded investors of just how difficult the past year has been, but it also stoked some enthusiasm among shareholders for GE's prospects in 2021.

Headline numbers at GE were ugly. Total revenue in the quarter dropped 16% year over year, with orders falling 7%. Adjusted earnings per share of $0.08 were 60% below the figures from the fourth quarter of 2019. The period closed an even more painful full year, with 2020 revenue sagging 16% and earnings all but wiped out.

Yet investors grasped at the positives in General Electric's numbers, and they focused largely on free cash flow. GE's industrial segment generated $4.4 billion in free cash flow during the quarter, and that was considerably more than its previous guidance. 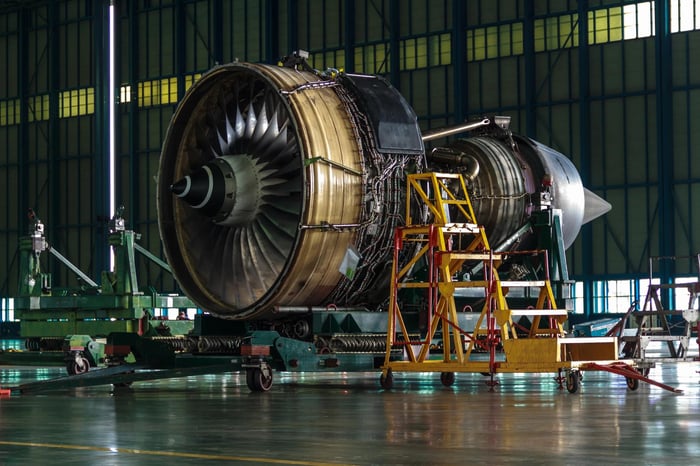 General Electric faces an interesting challenge in 2021, as its aerospace business will likely remain under pressure at least as long as the pandemic lingers on. However, if GE's renewables and power segments can pick up the slack, then further gains from here for the industrial conglomerate are quite possible.

Twitter has acquired Revue, an online platform that caters to those looking to publish their own newsletters. With the move, Twitter is signaling to writers and other creators that it wants to help them in their efforts, with the goal of persuading influencers with loyal Twitter followings to meet readers' appetite for cutting-edge content. Twitter will take a 5% cut of subscription revenue that users of Revue generate.

The move comes just a day after Twitter expanded its partnership with NBCUniversal owner Comcast (CMCSA -1.66%) to get more content on the social media service. Moreover, with the release of its Birdwatch community-driven misinformation reporting program, Twitter hopes to address criticism that its platform fails to ensure the truth of tweeted content sufficiently.

The move higher for Twitter brings its gains over the past year to more than 50%. That's a solid showing, but investors hope it's just the beginning for the microblogging service in its efforts to become a much larger player in the space.