The developer has a clear roadmap to building several more billion-dollar gaming franchises.

Investors were looking forward to hearing Activision Blizzard's (ATVI 1.90%) fourth-quarter earnings report on Monday. The video game developer had trounced expectations through most of 2020 as it capitalized on spiking interest in at-home entertainment options. Its core Call of Duty franchise set new records for engagement and in-game spending in recent quarters, too.

That positive investing story held up through the holiday season, with overall results again blowing past the short-term forecast that CEO Bobby Kotick and his team issued.

Let's dive right in and see what the latest report says about this game producer's future. 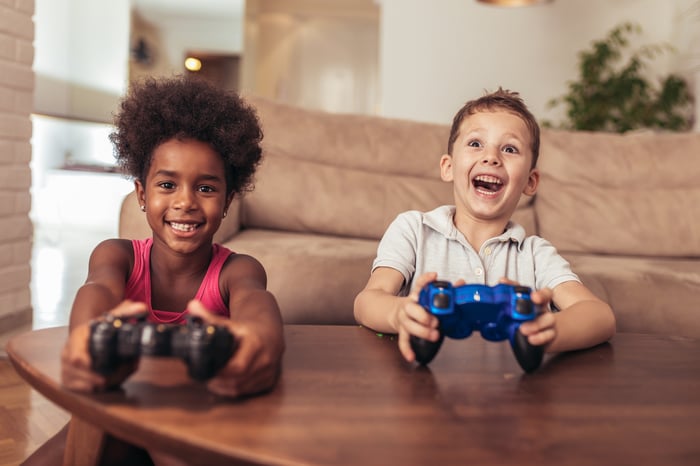 Sales landed at $2.4 billion, easily exceeding the $2 billion forecast that management issued back in late October. Growth was led by the Call of Duty franchise, which benefited from popular new releases and a robust ecosystem of content on mobile devices, PCs, and gaming consoles. Call of Duty: Black Ops Cold War, its latest major launch, attracted 70% more players than last year's iteration. The brand grew in the mobile segment and in the free-to-play niche, too, all contributing to Activision reaching a record audience size over the holidays.

Engagement is also setting new highs, according to the report, with average hours played rising and in-game purchasing spiking. "We saw the benefits of fundamental changes to our core franchises [in 2020]," management said, "including deeper and more consistent engagement with current and new players across platforms .

The engagement translated directly into higher earnings. The Activision side of the business more than doubled its profits as operating margin jumped to 47% of sales in Q4. Blizzard had a weaker outing due to a slimmer release schedule, but World of Warcraft still logged growth. Video-game developer King Digital benefited from higher in-game spending and advertising revenue to allow Activision Blizzard to book solid earnings from its casual-gaming division. 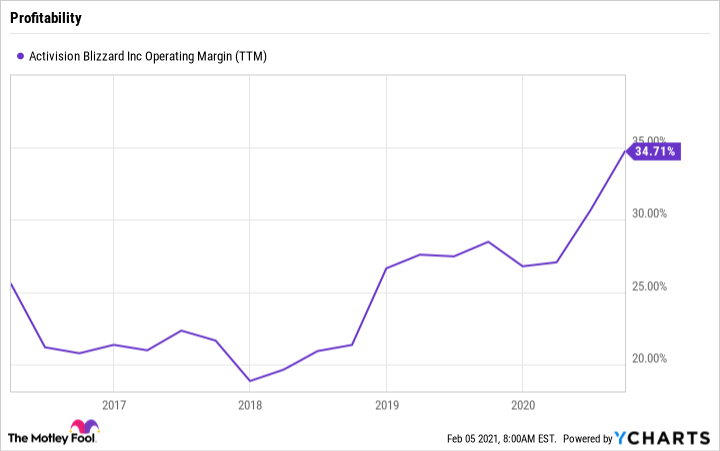 All these wins translated into fourth-quarter earnings of $0.65 per share compared to the $0.44 per share that Wall Street was expecting. "As we expand the opportunities for fans to engage in our [intellectual property]," executives said, "we expect strong financial performance to follow."

The company issued a bullish outlook for 2021 that implies significant improvements over this past year's record results. Activision also plans to send more cash to shareholders through stock buybacks and a dividend that was just hiked by 15%.

The company's strategy boils down to applying what its learned with Call of Duty to a few other franchises. Investors had worried in 2019 that the brand might be showing its age, but Activision poured resources into its development while extending its reach into new platforms and paying models. Those initiatives worked so well that they're already being used on other brands. "We are accelerating our path to reach a billion people as we apply the Call of Duty framework to other franchises," the company said.

This approach has a good shot at producing several additional brands that consistently achieve at least $1 billion in annual revenue within the next few years.