Please ensure Javascript is enabled for purposes of website accessibility
Log In Help Join The Motley Fool
Free Article Join Over 1 Million Premium Members And Get More In-Depth Stock Guidance and Research
By Keith Speights - Feb 26, 2021 at 5:52AM

There aren't any obstacles in sight for these great stocks.

Calling anything unstoppable might seem ill-advised. After all, most things can be stopped. Kryptonite stopped Superman and Achilles had his heel. Chuck Norris has... some kind of limitation, I'm sure.

Most stocks also have plenty of obstacles that could spring up to stop them in their tracks. But there are a select few that should have enough momentum to overcome nearly any obstacle that comes their way. Here are three practically unstoppable growth stocks you can buy right now. 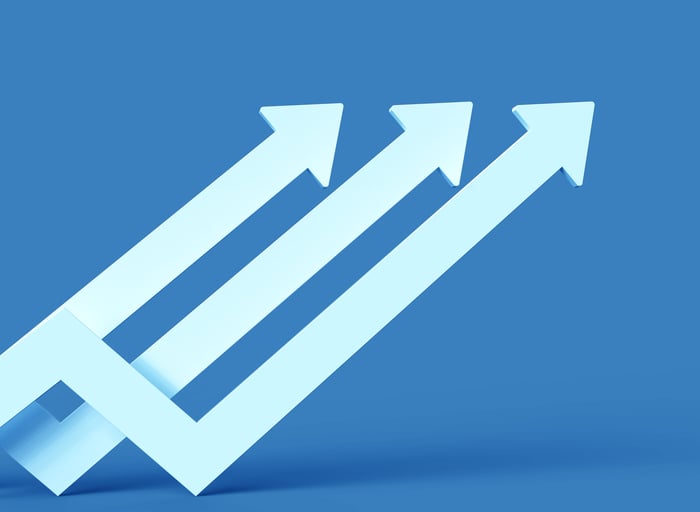 The cannabis train has left the station in the U.S., and it's not about to slow down. Thirty-five states have legalized medical cannabis. Fifteen of those have also legalized recreational pot. Cresco Labs (CRLBF 1.10%) ranks as one of the largest multistate cannabis operators and is profiting tremendously from the cannabis boom.

If you like strong revenue growth, you'll love Cresco. In the third quarter of 2020, the company reported revenue of over $153 million -- up 63% from the previous quarter. And unlike most Canadian cannabis producers, Cresco is already profitable.

This momentum should continue. Cresco is the biggest cannabis wholesaler in California, a mature market that's nonetheless still growing. The company recently began selling recreational marijuana in Arizona and is moving into Florida's medical cannabis market through an acquisition of Bluma Wellness

Cresco really doesn't need help from a wild card to be a big winner for investors. However, it just might get such help soon. There's a good chance that marijuana will be decriminalized at the federal level in the U.S. If that happens, look for Cresco to list its shares on a major U.S. stock exchange, with its stock skyrocketing as more investors are able to buy it.

Genomic testing is revolutionizing the way cancer is diagnosed. In the past, though, the most common type of cancer was left out. DermTech (DMTK -6.00%) is changing that story.

More Americans are diagnosed with skin cancer each year than all other types of cancer combined. Those diagnoses start with a physician performing a visual inspection of the skin. This often leads to the doctor performing a surgical biopsy. However, in the vast majority of cases, no cancer is found.

DermTech's answer to this problem is to use genomics. It currently markets a patch that's placed on the skin, removed, and then sent to a lab for genomic analysis to determine if melanoma is present. Not only is this test highly accurate and a lot more convenient for patients, but it's also cheaper than tissue biopsies.

The company is developing similar products for other types of skin cancer. DermTech's addressable market totals around $10 billion. With more payers approving reimbursement for its skin cancer test and DermTech's market cap still below $2 billion, this stock appears set to generate huge gains for investors over the next few years.

Would you like to invest in a company in a massive, underpenetrated market with a clear leader and relatively low valuation? Put those three things together, and you have the kind of stock that should almost certainly deliver tremendous gains. I think Gore Holdings VI (GHVI) checks off all of these boxes.

Gore Holdings VI is a special purpose acquisitions company (SPAC) that plans to merge with Matterport in the second quarter of 2021. Matterport is a spatial data company -- its technology enables the creation of digital 3D models from any physical space.

The total addressable market for spatial data technology tops $240 billion. Matterport is a pioneer in spatial data and claims the world's biggest spatial data library with over 10 billion square feet. The company's space under management is 100 times larger than the entire rest of the market. Its SPAC public offering is expected to value the company at around $2.3 billion.

Matterport projects its revenue will increase by a compound annual growth rate of 59%, soaring close to $750 million by 2025. I don't see any kryptonite or Achille's heel on the horizon for the company. Once the merger with Matterport is finalized, Gore Holdings VI should be practically unstoppable.