Please ensure Javascript is enabled for purposes of website accessibility
Log In Help Join The Motley Fool
Free Article Join Over 1 Million Premium Members And Get More In-Depth Stock Guidance and Research
By Howard Smith - Mar 11, 2021 at 11:12AM

Shares of dating app Bumble (BMBL 3.69%) jumped Thursday morning after the company released its first quarterly earnings report as a public company. As of 11 a.m. EST, shares were up 12.3% on the day. 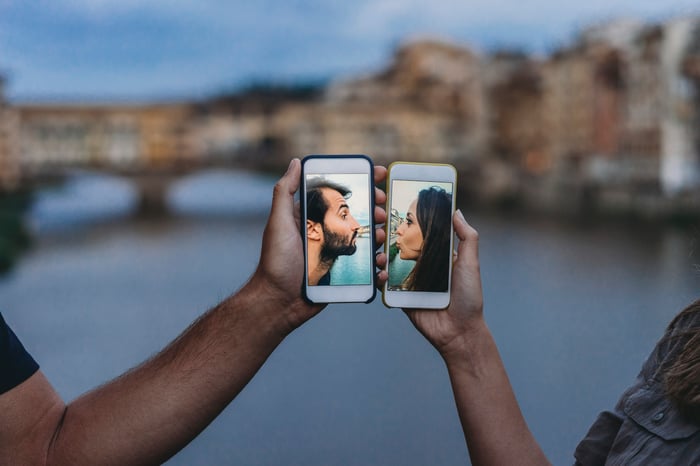 Net loss for the fourth quarter was $26 million, as costs increased. That compares to $17 million in net earnings in the prior-year period. Revenue for fiscal 2020 was $542 million, which founder and CEO Whitney Wolfe Herd said resulted from the company's agility during the "challenging pandemic."

The company expects 2021 revenue to grow to $721 million at the midpoint of its guidance. Herd called the initial public offering a "pivotal milestone" for Bumble, and said, "we remain focused on driving scale, investing in our users and expanding internationally."

Herd founded Bumble in 2014 after time as an executive and co-founder of rival Match's Tinder platform. Investors today are showing approval at Bumble's estimate of more than 30% revenue growth for the current year, with personal contact activities increasing as vaccines roll out.