Please ensure Javascript is enabled for purposes of website accessibility
Log In Help Join The Motley Fool
Free Article Join Over 1 Million Premium Members And Get More In-Depth Stock Guidance and Research
By Joe Tenebruso - Apr 21, 2021 at 11:39AM

A respected investment bank sees strong gains ahead for investors.

Goldman Sachs analyst Stephen Grambling raised his rating on Norwegian Cruise Line's shares from neutral to buy on Tuesday. He also boosted his price forecast from $27 to $37. Grambling's new price target represents potential returns to investors of roughly 29% from the stock's current price near $28.65. 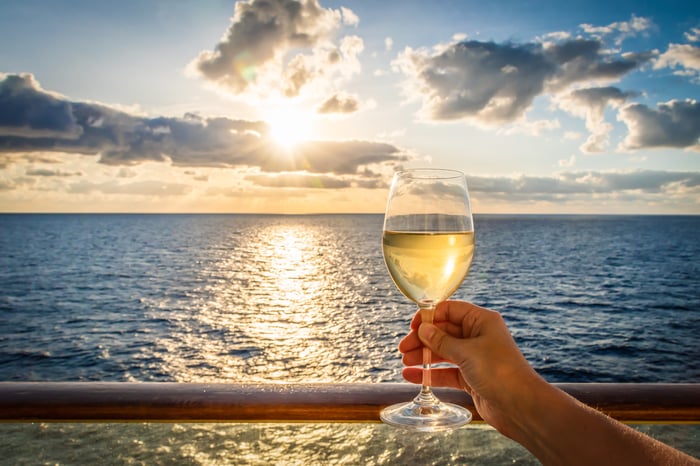 Grambling cited Norwegian's industry-leading capacity growth as one of the reasons for his optimism. He also highlighted the company's relatively low leverage levels compared to other cruise ship operators.

The COVID-19 crisis has taken a heavy toll on the cruise ship industry. With many of their ships unable to set to sail due to safety concerns, Norwegian and other cruise lines were forced to raise billions of dollars of cash via share and debt offerings to offset their massive losses.

Yet with vaccinations ramping up in the U.S. and other areas of the world, investors are looking ahead to an eventual recovery. And they're taking Goldman Sachs' upgrade on Norwegian Cruise Line's stock as a signal that it could come sooner than many people expected.