Please ensure Javascript is enabled for purposes of website accessibility
Log In Help Join The Motley Fool
Free Article Join Over 1 Million Premium Members And Get More In-Depth Stock Guidance and Research
By Howard Smith - May 6, 2021 at 12:15PM

The electric-vehicle company's first foray outside of China will be in Norway.

Chinese electric vehicle (EV) maker NIO (NIO 3.84%) gave a preview last week of its planned launch in Norway, and today the company gave investors details on its first move to do business outside of China. At the NIO Norway news conference today, the company said it aims to begin its first European sales this September.

NIO said it will initially sell its flagship ES8 electric SUV in Norway, followed by the new ET7 luxury sedan, which will go into production early next year. And NIO won't just be selling cars in the small European country. It plans to establish a full NIO ecosystem, including a service network, its unique battery charging and swap stations, and a social community. 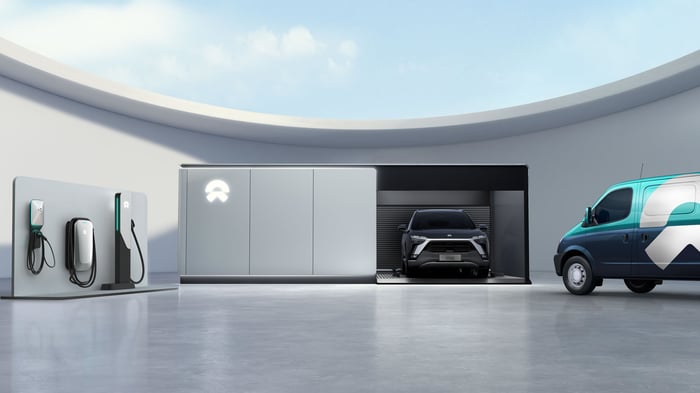 NIO's power segment offers a unique service among EV makers. It includes a subscription service that customers can join for fast battery swapping as a way to "recharge." NIO said today that it expects to establish its battery swap stations in Norway by the end of 2022, connecting five major cities and freeways.

As part of its NIO Norway community effort, the company also announced a user advisory board as a way to gather input from local customers on products, service quality, and charging and swapping convenience. Marius Hayler, general manager of NIO Norway, issued a statement saying: "NIO will bring its joyful lifestyle to local users by building a community starting with vehicles. We will all share joy and grow together."

While this will mark NIO's first vehicle sales outside of China, the company already has a global presence including a design center in Munich, an engineering center in Oxford, England, and a technology center on the West Coast of the U.S.