Please ensure Javascript is enabled for purposes of website accessibility
Log In Help Join The Motley Fool
Free Article Join Over 1 Million Premium Members And Get More In-Depth Stock Guidance and Research
By Billy Duberstein - May 24, 2021 at 7:15AM

The U.S. cannabis industry is positively booming, yet net profits are still difficult to come by for many U.S. multistate operators (MSOs). That's because federal prohibitions lay onerous borrowing costs and taxes at the feet of U.S. cannabis companies. Given the difficulties of generating cash flow, companies with higher operating profitability will be in much better position to capitalize on growth opportunities than their competitors.

TerrAscend is a mid-tier MSO that's bigger than most private U.S. cannabis operators, yet still smaller than the public industry leaders. Not to be outdone, newly public Verano also reported earnings last week. Despite TerrAscend's second-tier status in terms of overall size, and even though Verano is perhaps less well known since it's been public for only a few months, both are now leaders on one key metric: EBITDA profit margin. 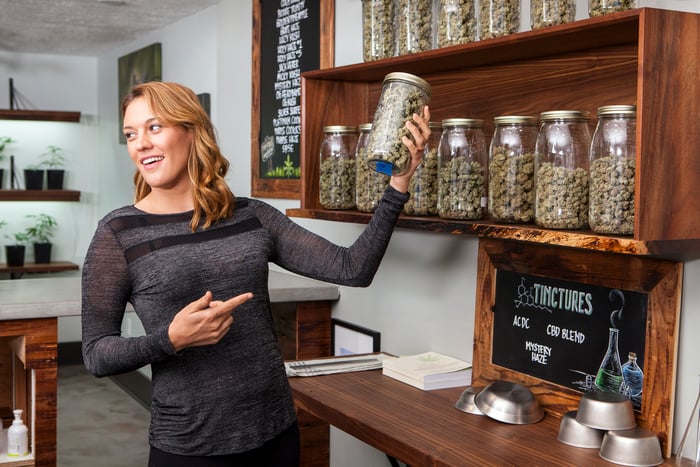 Soaring profits for TerrAscend and Verano

In the first quarter, TerrAscend grew revenue 106% over the prior-year quarter, thanks to its scaling up its Pennsylvania and New Jersey operations. Perhaps more impressively, gross profit margin expanded a whopping 20 percentage points to 65%, and adjusted EBITDA margin tripled from 14% to 42.3%. Even on a sequential basis, gross margin expanded 5 percentage points and EBITDA by 2 percentage points over the fourth quarter. Adjusted EBITDA would have been even better, but the company absorbed some one-time severance costs from the firing of its previous CEO over cultural and philosophical issues. Q1 also marked the second straight quarter in which the company reported positive free cash flow.

Not to be outdone, Verano beat even TerrAscend in the first quarter, posting 117% revenue growth and a whopping 52% adjusted EBITDA margin -- the highest in the industry by a fair amount. Verano's gross margin was only 62%, which is lower than TerrAscend's and well below gross margin leader Trulieve. Yet Verano appears to have a very efficient system, with minimal sales, general, and administrative expenses.

Verano will now have the highest EBITDA margin and TerrAscend will have the second highest after Trulieve, which currently has a 47% EBITDA margin and completes its merger with Harvest Health and Recreation, which posted 30% margin last quarter. Post-merger, the combined Trulieve-plus-Harvest is projected to have an EBITDA margin of just over 37% in 2021 -- now lower than both TerrAscend and Verano.

It's a familiar story, but TerrAscend's success can probably be attributed to its leading position in an attractive state: in this case, Pennsylvania. Although TerrAscend only has six dispensaries in the state, TerrAscend was an early mover in cultivation and production in the limited-license state, and it currently distributes its branded products to 100% of the state's dispensaries. Its Country brand flower has 28% market share, 10 percentage points ahead of the next largest competitor.

Since it's illegal to transport cannabis across state lines, companies can only get economies of scale within a single state. So it's important to establish leadership early, as TerrAscend has done in Pennsylvania, and where it's now seeking the same leadership in New Jersey and Maryland. 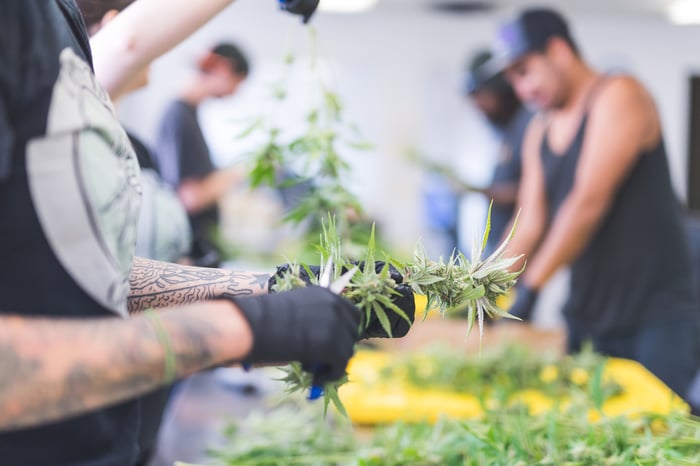 It's a familiar story that companies with early dominant market shares in limited-license states will have the highest margins. That's why Trulieve was previously the margin leader, as it had dominant market share in Florida, which accounted for most of its sales before the Harvest acquisition.

Verano makes a splash in Florida and other attractive states

In contrast to TerrAscend, Verano is much more spread out, with 75 retail dispensaries and 10 cultivation and production facilities across 14 states.  So how does Verano make such a high margin? Well, many of its core markets are among the most attractive limited-license states. In conjunction with its February IPO, the company closed its merger with AltMed, a Florida operator with 32 dispensaries in the state and one in Arizona.

That acquisition gave Verano a bigger foothold in one of the nation's most profitable cannabis states in Florida, but Verano also has a core presence in limited-license states of Illinois, Pennsylvania, Arizona, and New Jersey. Notably, Arizona just commenced recreational sales in January, and New Jersey should ramp up this year.  Verano is also in Maryland and Ohio, and it counts its "developing markets" as Massachusetts, Michigan, Nevada, and Arkansas.

Even though Verano has expanded into attractive states, it's still a bit of a mystery as to how it has such an outsize EBITDA margin. Perhaps CEO George Archos, a former restaurant entrepreneur, has translated the experience of running restaurants -- often at razor-thin margins -- to the cannabis industry. It also looks as if Verano is concentrated on high-end premium products, which may further boost its margin profile.

Next steps for TerrAscend and Verano

Of course, with the potential for federal regulatory rollbacks under a Democratic Congress, companies are looking to expand across the country, and TerrAscend and Verano are no different.

On its earnings conference call, TerrAscend Executive Chairman Jason Wild said the company's next steps will be to build up operations in New Jersey, as it opens two more dispensaries and prepares for recreational sales, as well as ramping up in Maryland, which the company just entered this month. Management also noted that it was looking to enter new states or pick up attractive assets in existing states, and that it had a "few potential deals on that front," while pondering the possibilities of Massachusetts, another attractive recreational state with limited licenses. TerrAscend is still without a CEO and is still searching for a new leader. Still, the vacuum in the C-suite doesn't appear to be affecting results, which have continued to shine.

Meanwhile, Verano has continued to aggressively expand its already large footprint. Subsequent to quarter-end, it bought three more local companies in Arizona, encompassing five dispensaries and one cultivation facility. Verano also entered into agreements to acquire four more companies and one licensee in Pennsylvania, which would bring in six dispensaries, one cultivation facility, and a license for an additional three dispensaries in that state. Finally, it has also agreed to buy single-dispensary companies in both Illinois and Ohio.

While some other larger and well-known U.S. MSOs may get more headlines, investors shouldn't overlook TerrAscend and Verano. Armed with hyperefficient businesses, both are looking to expand aggressively. And given the recent blockbuster merger between Trulieve and Harvest, TerrAscend is of a size at which it could become an acquisition target itself.