Please ensure Javascript is enabled for purposes of website accessibility
Log In Help Join The Motley Fool
Free Article Join Over 1 Million Premium Members And Get More In-Depth Stock Guidance and Research
By Jennifer Saibil - Jun 4, 2021 at 6:37AM

Lemonade isn't the kind of company you'd usually associate with Warren Buffett and his team. But the insurer does excel in one area they're paying closer attention to these days.

Data-powered insurance company Lemonade (LMND 4.32%) has taken shareholders on a roller-coaster ride since its stock debuted last July. The share price reached as high as $183 in January before tanking to $60 in May, and at Thursday's prices it was down about 18% year to date.

As volatile as the stock has been, the company's future looks bright. Its cheaper rates and three-second approval time have attracted more than 1 million customers in its four years of operations, and it's getting ready to introduce auto insurance after launching pet and life insurance in the past 12 months.

Lemonade Car has huge potential, with a market the company estimates to be $300 billion. There's good reason to believe Lemonade can carve out a niche in this business -- and the technology that should give it an edge happens to be something that Warren Buffett and Berkshire Hathaway (BRK.A -0.08%) (BRK.B 0.09%) have their eye on, too. 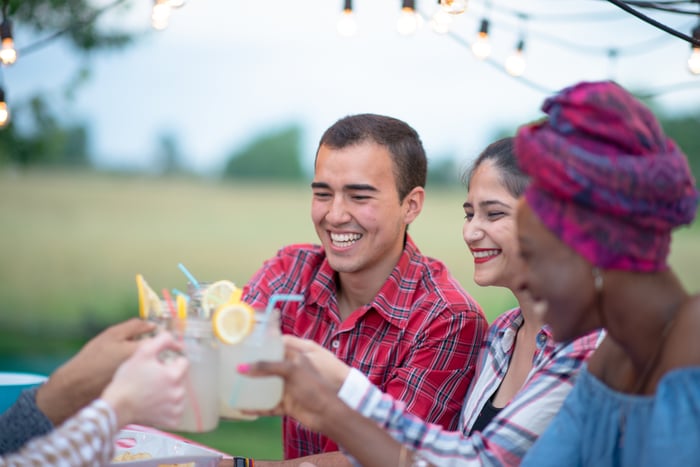 Lemonade started with renters and homeowners insurance, and a plan to grow along with the needs of its customers. The company's average customer is in their thirties and buying a home for the first time. Lemonade is already seeing success with this strategy, as premium per customer increased 25% year over year in the first quarter, and non-renters product moved up from a third of the total in Q1 2020 to half of the total in Q1 2021.

Car insurance is also a much bigger market: It's 70 times the size of the renters market, 80 times pet insurance, and three times the homeowners market, according to Lemonade. This opens up the company to exponential growth opportunities.

But can it succeed against the industry giants?

In Lemonade's first-quarter conference call, CEO Daniel Schreiber described the company's reasoning for entering auto insurance and its chances for success. The auto insurance industry is already undergoing a massive shift from category pricing, such as car make and model, to behavioral pricing, which is based on a driver's behavior at the wheel. Schreiber believes this type of revolutionary change favors the disruptive company at the expense of the heavyweights, such as Berkshire Hathaway's GEICO.

Insurers are moving to telematics to extract data and figure out improved policy pricing. Telematics is a form of data collection from drivers, and it measures speed, fuel usage, harsh braking, and other factors that help the insurance company evaluate a policyholder's driving record. It can come in the form of a chip in the car, and can also be collected through the driver's smartphone, which they typically have in the car. The company can use this data to offer more competitive rates that match a driver's risk, instead of a one-size-fits-all pricing model.

This model perfectly suits Lemonade's focus on artificial intelligence and behavioral economics, as well as its infrastructure that's already in place, which gives it a leg up as it faces the leaders in auto insurance. 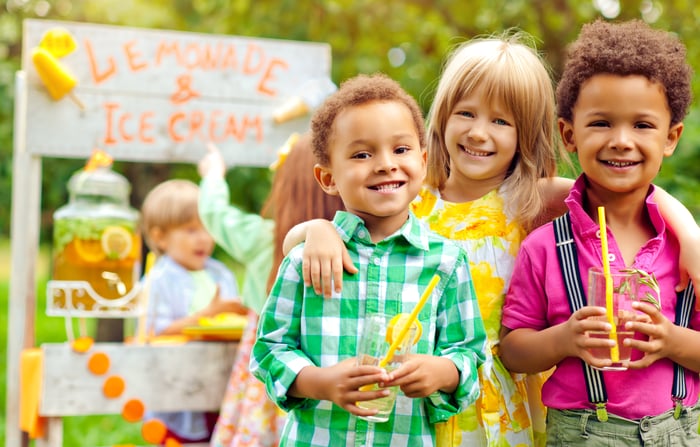 Where does Warren Buffett come in?

GEICO had clearly missed the bus, and [was] late in terms of appreciating the value of telematics. They have woken up to the fact that telematics plays a big role in matching rate to risk. They have a number of initiatives, and, hopefully, they will see the light of day before not too long, and that'll allow them to catch up with their competitors, in terms of the issue of matching rate to risk.

According to Schreiber, telematics is a threat to traditional insurance by its very nature. If half of the average deserves a lower rate based on performance, the company will have to lower its rates and lose premiums. Conversely, the other half is in the higher-risk category, which will lead to higher premiums, and a potential loss of clients. While that may be a losing strategy for older companies, it's a winning strategy for Lemonade, which is all about lower rates. And as companies such as Lemonade use telematics, traditional insurers have to get on the bandwagon as well to stay relevant.

At the Berkshire meeting, Buffett said that he sees Progressive and GEICO taking the top two spots in auto insurance and knocking down State Farm in five years from now. Lemonade isn't likely to join them there -- but it is likely to make a serious dent in their overall market share. Buffett also said, "Companies that do the best job of actually having the appropriate rate for every one of their policyholders [are] going to do very well." That bodes well for Lemonade.