Could this be the next meme stock?

Shares of entertainment stock World Wrestling Entertainment (WWE 0.14%) jumped as much as 21.5% in trading on Wednesday as Reddit investors piled into the stock. Shares settled off their peak late in the day but were still up 10.8% at 2 p.m. EDT.

World Wrestling Entertainment stock was trending on the Reddit board Wall Street Bets this morning, and little else was needed to push the stock higher. I wouldn't yet call this one of the well-known meme stocks like Gamestop or AMC, but names like this pop up on the board every once in a while and can get a short-term bump as a result. 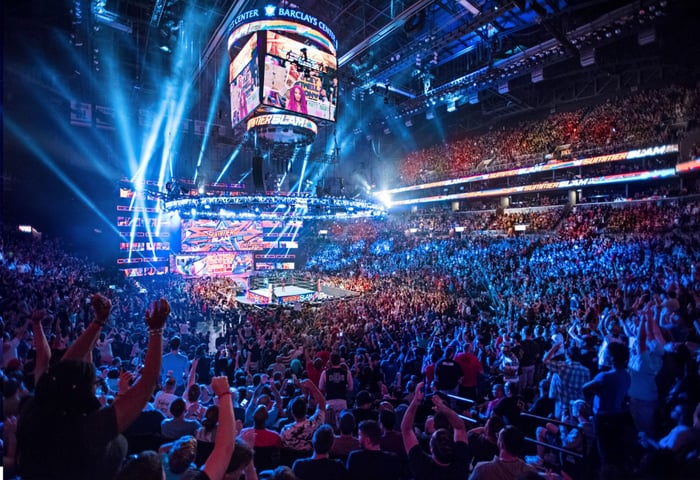 What we didn't see today was any news that should fundamentally change how investors view the stock. Earnings weren't released, no partnerships were announced, and analysts didn't change their view of the stock. But traders piled in today anyway.

Reddit traders can move stocks short term, but the fundamentals are what Foolish investors should focus on. As the economy reopens and WWE can welcome back more fans, we should expect revenue to pick up, but there's not much reason to think interest will be higher than before the pandemic. That's why I'll remain skeptical of today's move and the stock trading near a 52-week high until the company proves operations are truly better than they were two years ago.